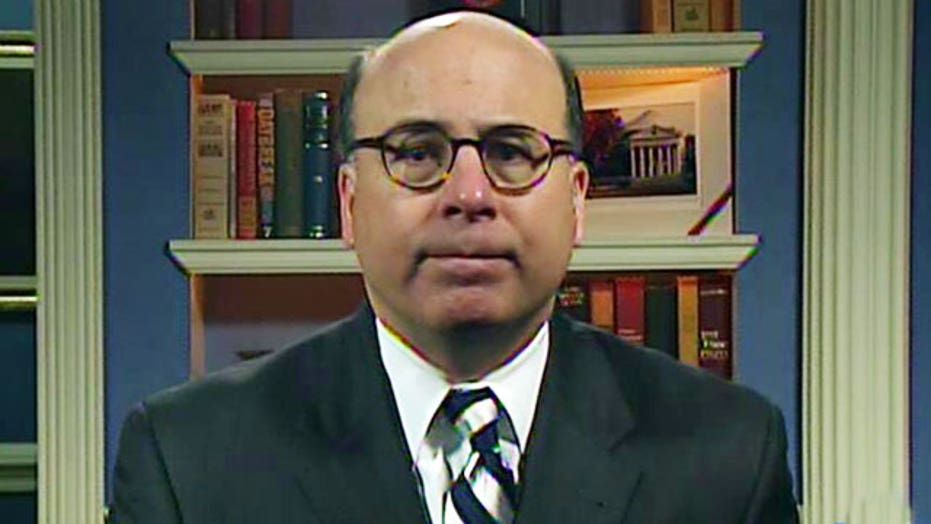 The Republican chairman of the Federal Election Commission warned Monday that his colleagues are flirting with the creation of a “government review board” to regulate videos posted on the Internet, and urged the government to keep its “hands off.”

The warning comes after the commission revealed late Friday that it had come close to pursuing a case against a group for posting free YouTube videos before the 2012 election without filing financial forms. The top Democrat on the commission, Vice Chairwoman Ann Ravel, also called for looking at possibly regulating political Internet videos next year.

This would be uncharted territory, as the FEC largely has left free Internet videos alone for years.

Chairman Lee Goodman, a Republican who likely will hand the reins of the commission over to Ravel next year, said Monday that if the FEC goes down this road, it could effectively lead to a “review board” scanning the Internet for material that runs afoul of their rules.

“There are hundreds of thousands of blogs, websites, podcasts, webcasts, and I can’t image a regulatory regime where the federal government starts culling websites and YouTube posts on a daily basis to identify those that might not have registered and reported their expenditures,” Goodman told Fox News. “It really is a specter of a government review board culling the Internet daily. … I don’t know how we could begin to regulate all the hundreds of thousands of political commentaries online.”

It’s unclear whether Ravel’s intention is to focus solely on recognized political groups and declared candidates, or also everyday Americans who freely post their political sentiments in videos online.

The debate over online videos comes after Goodman has warned for months that the commission is flexing its regulatory muscle in new ways. He previously warned that officials at the agency want to start regulating the media, and might even try to regulate book publishers. Democrats on the commission have called those allegations “overheated” and overblown.

But Goodman told FoxNews.com that the latest development “confirms my warnings.”

At issue was a case considered by the FEC – the chief campaign-finance regulator – in September involving a group that ran pro-coal videos critical of Democrats in 2012. The group initially was accused of failing to report the cost of the videos and of failing to include the routine “disclaimers.”

But the group maintained that since they were only run on YouTube, they were exempt.

The case ended in a split, 3-3 decision at the FEC and was dismissed. But the vote itself aired a striking divide: despite a decision clearing the organization by the general counsel, Democrats voted to pursue an investigation anyway while Republicans voted to drop it.

Ravel was blunt in her written statement Friday explaining her side’s vote. She scolded Republicans for arguing rules that would apply to TV ads should not apply to web videos.

“As a matter of policy, this simply does not make sense,” she said.

She said, rather, a “re-examination” of the FEC approach to the Internet is “long overdue” and complained the commission has “turned a blind eye” to the Internet’s influence in politics.

“Since its inception, this effort to protect individual bloggers and online commentators has been stretched to cover slickly-produced ads aired solely on the Internet but paid for by the same organizations and the same large contributors as the actual ads aired on TV,” she said. Ravel vowed to “bring together” people from “across the spectrum” next year to look at the issue.

This set off alarm bells.

GOP members of the commission cite an “Internet exemption” dating back to 2006 that spares free web videos from FEC regulations. In other words, anyone who posts a politically themed video for free only to YouTube can – for now -- do so without including a disclaimer or reporting the costs.

A statement from Goodman and his GOP colleagues on the commission warned about the implications of the 3-3 decision, and a “desire to retreat” from “important protections for online political speech.”