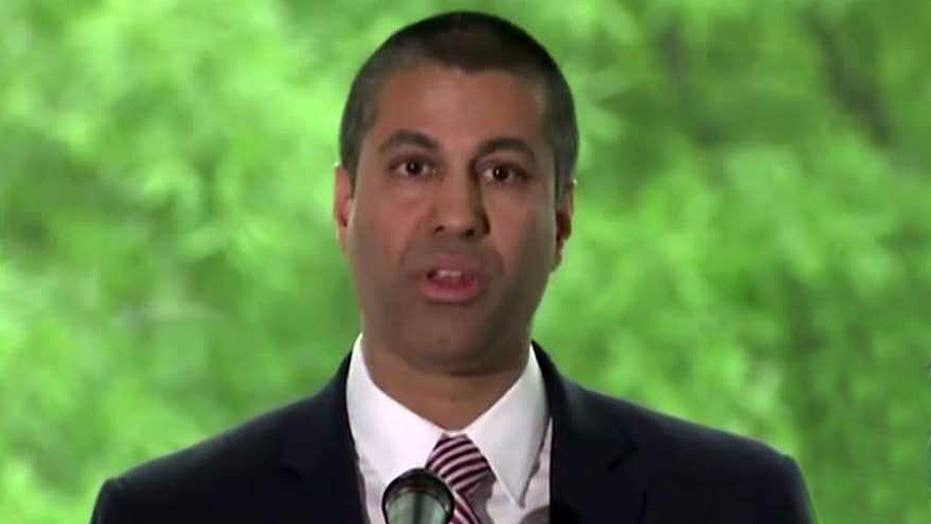 Ajit Pai, the chairman of the Federal Communications Commission, announced on Wednesday a plan to "reverse the mistake" of the Obama-era "net neutrality" regulations.

The plan seeks to take apart the Obama-era FCC ruling in 2015 that classified Internet service providers like AT&T and Comcast as Title II public utilities, subject to FCC control, which allowed more stringent oversight over companies that might block or inhibit access to certain types of web services by creating pay-to-play fast lanes for certain content.

Speaking to at a Washington, D.C., event held by the conservative advocacy group FreedomWorks, Pai pledged "we are going to deliver" on undoing the "heavy-handed" rule.

He said he shared with his fellow commissioners a proposal "reverse the mistake" of the Title II classification and to return to the "light touch" regulatory framework Pai often speaks about.

The notice of proposed rulemaking will be voted on at the FCC's public meeting on May 18, and if passed, which is expected as Republicans outnumber Democrats two-to-one, a public comment period will follow.

The rule would return the classification of broadband service to a Title I information service, which he said can trace its roots back to the Clinton administration and upheld by the Supreme Court in 2005.