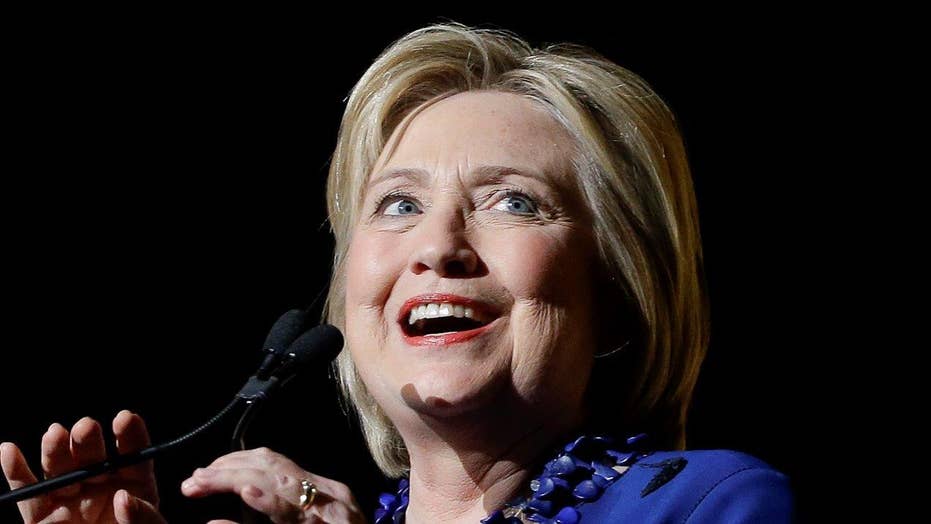 FBI reportedly looking to wrap investigation by May

EXCLUSIVE: The FBI is investigating whether computer passwords were shared among Hillary Clinton's close aides to determine how sensitive intelligence "jumped the gap" between the classified systems and Clinton's unsecured personal server, according to an intelligence source familiar with the probe.

The source emphasized to Fox News that “if [Clinton] was allowing other people to use her passwords, that is a big problem.” The Foreign Service Officers Manual prohibits the sharing of passwords.

Fox News was told there are several potential scenarios for how classified information got onto Clinton’s server:

Most of these scenarios would require a password. And all of these practices would be strictly prohibited under non-disclosure agreements signed by Clinton and others, and federal law.

It remains unclear who had access to which computers and devices used by Clinton while she was secretary of state and where exactly they were located at the time of the email correspondence. Clinton signed her NDA agreement on Jan. 22, 2009 shortly before she was sworn in as secretary of state.

The intelligence source said the ongoing FBI investigation is progressing in "fits and starts" but bureau agents have refined a list of individuals who will be questioned about their direct handling of the emails, with a focus on how classified information jumped the gap between classified systems and briefings to Clinton's unsecured personal email account used for government business.

Fox News was told the agents involved are “not political appointees but top notch agents with decades of experience.”

A separate source said the list of individuals is relatively small -- about a dozen, among them Clinton aide Jake Sullivan, who was described as "pivotal" because he forwarded so many emails to Clinton. His exchanges, now deemed to contain highly classified information, included one email which referred to human spying, or "HCS-O," and included former Clinton aide Huma Abedin.

As Fox News first reported last year, two emails -- one sent by Abedin that included classified information about the 2011 movement of Libyan troops during the revolution, and a second sent by Sullivan that contained law enforcement information about the FBI investigation in the 2012 Benghazi terrorist attack – kick-started the FBI probe.

Testifying to Congress Tuesday about encryption, FBI Director James Comey also was asked about the Clinton investigation. He responded that he is “very close personally” to the case “to ensure that we have the resources we need including people and technology and that it's done the way the FBI tries to do all of its work: independently, competently and promptly. That's our goal and I'm confident it's being done that way."

Earlier this week when she was asked if Clinton has been interviewed by the FBI, Attorney General Loretta Lynch insisted to Fox News’ Bret Baier “that no one outside of DOJ has been briefed on this or any other case. That’s not our policy and it has not happened in this matter.”

Fox News also has learned the State Department cannot touch the security clearance of top aides connected to the case without contacting the FBI, because agents plan to directly question individuals about their handling of the emails containing classified information, and they will need active clearances to be questioned.

While it is standard practice to suspend a security clearance pending the outcome of an investigation, Fox News reported Monday that  Clinton’s chief of staff at State, Cheryl Mills, who is also an attorney, maintains her top secret clearance. Mills was involved in the decisions as to which emails to keep and which to delete from the server.

At a press briefing Monday, Fox News pressed the State Department on whether this represented a double standard, or whether the clearances are in place at the direction of the FBI.