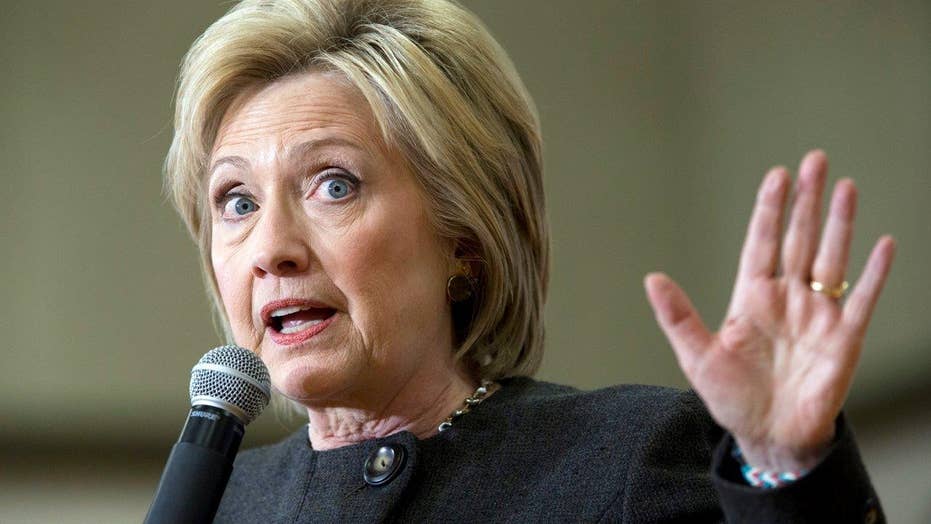 The FBI is going straight to the source in its investigation of classified emails that crossed Hillary Clinton’s personal server, speaking with the intelligence agencies – and in some cases, the individuals – that generated the information, two intelligence sources familiar with the probe told Fox News.

Investigators are meeting with the agencies and individuals to determine the classification level in the emails. The step speaks to the diligence with which the bureau is handling the investigation, despite the former secretary of state’s claims that the matter boils down to a mere interagency dispute.

"This is not merely a difference of opinion between the State Department and the Department of Justice," one intelligence source, who is not authorized to speak on the record, told Fox News, referring to comments on the Sunday talk shows and by the Clinton campaign downplaying the FBI's investigation. "The bureau will go directly to depose specific individuals in agencies who generated the highly classified materials."

The source added, "At the end of the day it will be a paper case. Emails never disappear because computers never forget.”

A former senior FBI intelligence officer, while not directly involved in the Clinton email investigation, previously told Fox News it was standard practice for the bureau to go directly to the originating source because it is cleaner and maintains the integrity of the investigation.

"You want to go right to the source," Timothy Gill Sr., a former senior FBI intelligence officer, said. "Investigative protocol would demand that."

Fox News first reported that intelligence beyond "Top Secret" known as "SAP," or "Special Access Programs," was identified in the Clinton emails on her unsecured private server. Access to SAP is restricted to only those with a "need to know" because exposure of the intelligence would likely reveal a human asset or method of collection. The findings were shared with the Senate Intelligence and Foreign Affairs committees in a Jan. 14 letter from the intelligence community inspector general.

Fox News also confirmed that at least one email contained intelligence from human spying, known as "HCS-0," which is code for highly sensitive human intelligence operations.

The FBI investigation is centered around Clinton and members of her staff to determine if they deliberatively trafficked and shared information from highly classified sources onto an unsecure private email system.

"The bureau does not waive its primacy in espionage cases," the intelligence source said, referring to USC 18 793 and 794. "The security investigation is now part and parcel with the criminal [public corruption] investigation." The source said both tracks are being pursued "vigorously" and there is a sense of "incredulity as to what is being discovered."

Howard Krongard, former inspector general of the State Department, told Fox News, "I continue to believe the question of how [and from whom] material actually got from the classified network to Hillary Clinton's server is the key to the puzzle."

It is not possible to "cut and paste" from a classified network to an unclassified system, like Clinton’s personal email account, to perform what is known in intelligence circles as "jumping the gap."

Paul Sperry, a media fellow at the Hoover Institution, reported Saturday in the New York Post that Clinton and her top aides "had access to a Pentagon-run classified network that goes up to the Secret level as well as a separate system used for Top Secret communications."

Former intelligence and law enforcement officers say one of the most likely scenarios is that an individual who had access to classified information summarized it in their own words or provided details during exchanges via email, which is a criminal violation and goes against non-disclosure agreements.

"The spillage could occur by somebody basically ignoring those guidelines. It would have to be that way. There's no possible way she could transfer media off of an SCI high system … onto an unclassified server," said Dan Maguire, a special operations veteran who spent 46 years handling highly classified information and being deeply engaged on special access programs.

"I think it reflects, probably two things -- perhaps an ignorance on the part of the individuals involved who've been doing this who are trying to please their boss and don't recognize the sensitivity and how that impacts on national security, and then an element of arrogance to even think or consider that you would pass information on an unclassified file server," Maguire said.

A review of the Clinton emails has found at least 1,340 containing classified information. A State Department challenge to two emails classified at the "Top Secret" level failed, as Fox News first reported in December. The agency that gets the information in effect owns the information, and has final say over its classification.

In its most recent statement on classified information found on Clinton’s server, the Clinton campaign described the issue as an “interagency dispute.”

Spokesman Brian Fallon said, “It does not change the fact that these emails were not classified at the time they were sent or received. It is alarming that the intelligence community IG, working with Republicans in Congress, continues to selectively leak materials in order to resurface the same allegations and try to hurt Hillary Clinton's presidential campaign. The Justice Department's inquiry should be allowed to proceed without any further interference."