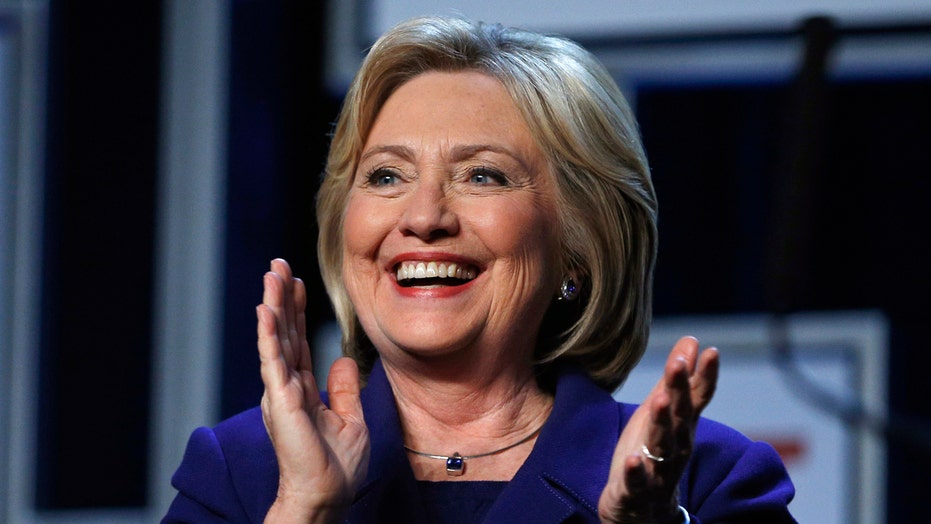 While Hillary Clinton and Bernie Sanders sparred Thursday night over issues ranging from health care to police brutality to campaign finance -- and even who liked Henry Kissinger – what was glaringly missing was any mention of the government's investigations into Clinton’s email use or the Clinton Foundation.

Both PBS moderators -- Judy Woodruff and Gwen Ifill -- and Sanders ignored the controversies that have dogged Clinton's candidacy, despite fresh developments on both fronts.

A top FBI official confirmed earlier this week that the probe regarding the former secretary of state’s private email server remains “ongoing.” This, after Clinton boldly declared at the last debate she’s “100 percent confident” nothing will come of the investigation.

And hours before the PBS-hosted debate in Milwaukee began, The Washington Post reported the State Department inspector general last fall subpoenaed the Bill, Hillary and Chelsea Clinton Foundation for records relating to charity projects that might have come before the department when Clinton was secretary of state. A source confirmed the subpoena to Fox News.

Yet questions about either were missing from the debate Thursday night, as neither the moderators nor Vermont Sen. Sanders brought them up.

For his part, Sanders pre-emptively declared at their first debate he’s “sick” of hearing about the “damn emails” and has mostly avoided the scandal ever since. At last week’s debate, he again vowed he would “not politicize” the issue.

But even MSNBC moderators asked about the issue at last week’s debate – a question Clinton used to declare she was confident the matter would resolve in her favor.

Instead, the PBS-posed questions Thursday covered an array of domestic and foreign policy issues, occasionally putting the candidates on the spot over their plans. Sanders faced questions about the price tag of his government programs but claimed his plans would be paid for – through higher taxes on top earners and Wall Street. And Clinton at one point was asked to account for comments by former Secretary of State Madeleine Albright that there’s a “special place in hell” for women who don’t support other women. Clinton answered that Albright has been saying that line for a long time – suggesting it wasn’t just directed at voters who don’t back Clinton in the election.

The debate fell at a time when Sanders is trying to build his momentum after his big New Hampshire win, while Clinton is trying to regain hers.

As Sanders pointedly reminded her, “You’re not in the White House yet.”

But the candidates at times offered a similar message. This was evident as they vociferously called for an overhaul of local police departments that they suggested are unfair to black people.

Clinton, meanwhile, echoed those themes, joining Sanders in calling for sentencing reform while saying the country’s “systemic racism” goes deeper and must be addressed – in education, housing and the job market.

The comments were part of each candidate’s revived appeal to minority voters, a key voting bloc as the Democratic presidential primary heads to South Carolina.

But even as they stressed those issues, differences were laid bare at the PBS-hosted debate in Milwaukee. And Sanders came prepared to counter Clinton’s attacks, showing a feistier side than he did at their last showdown.

When Clinton used her closing remarks to suggest Sanders was taking shots at President Obama, Sanders called it a “low blow” and countered: “One of us ran against Barack Obama. I was not that candidate.”

He even underscored his critique of Clinton’s foreign policy by pointing to a book where Clinton said she was mentored by former Secretary of State Henry Kissinger.

“I am proud to say that Henry Kissinger is not my friend,” Sanders said, calling him “one of the most destructive” American diplomats.

Clinton fired back that “we have yet to know” who Sanders listens to on foreign policy.

“We are not England. We are not France,” Clinton said.

Clinton accused Sanders of pushing programs that would grow the federal government by 40 percent. She suggested his health care promises “cannot be kept “and will be far more costly than he admits.

“We should level with the American people,” she said.

“Let’s not insult the intelligence of the American people. People aren’t dumb,” Sanders said. “Why in God’s name does Wall Street make huge campaign contributions? I guess just for the fun of it.”

They sparred on the issue as Sanders touted the fact he’s “the only candidate up here” who has no super PAC supporting him. A super PAC backing Clinton, he said, recently raised $15 million from Wall Street.

Clinton countered by noting that Obama took Wall Street donations too, but “when it mattered, he stood up and took on Wall Street.”

“Let’s not in any way imply here that either President Obama or myself would in any way not take on any vested interest,” she said, calling for more regulation of the financial sector.

The showdown comes as Clinton tries to reset the race, which heads next to Nevada and South Carolina. Her narrow victory in Iowa and resounding defeat in New Hampshire have raised fresh questions about her candidacy, which at one point was seen as a sure thing for the Democratic nomination.