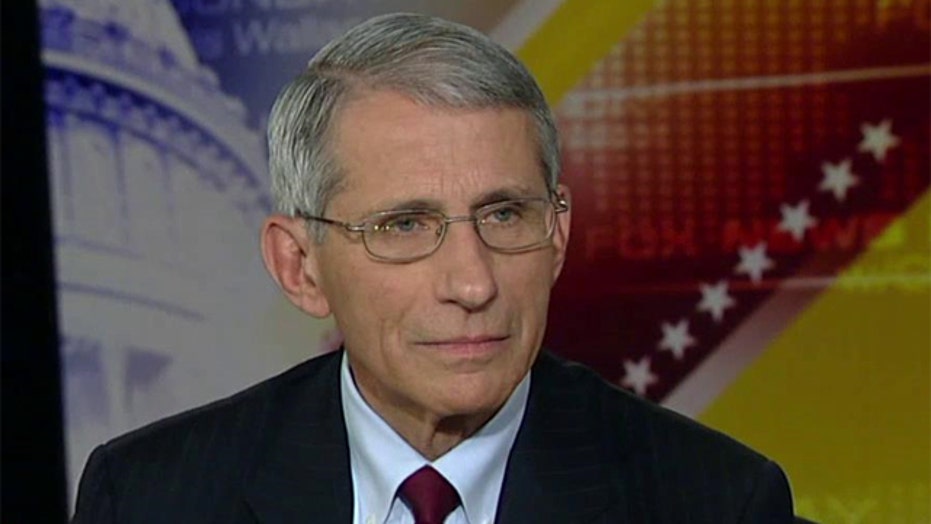 America’s top infectious disease expert on Sunday again acknowledged that the safety protocols used for the country’s first Ebola patient were inadequate and that the Obama administration overstated the country’s readiness for the deadly virus, amid concern that Americans have already lost faith in the government.

As a result, two nurses at Texas Health Presbyterian Hospital, in Dallas, were infected with Ebola while treating Thomas Eric Duncan, the Liberian national who arrived from West Africa with the virus and later died.

“It was very clear … that is not the optimal way,” Fauci said.

Fauci said he wasn’t sure how nurse Nina Pham became infected, but it was “likely” because “she was not completely covered” by protective gear.

As many as 4,500 people in West Africa so far this year have died from Ebola.

Fauci also tried to quell some of the fear and criticism over President Obama and other administration officials overstating U.S. readiness, including White House adviser Lisa Monaco suggesting every U.S. hospital is fully prepared to treat an Ebola patient.

“Nothing is risk free,” Fauci told Fox News. He said that what U.S. health officials need to do now is not talk about things in “absolutes.”

The Centers for Disease Control and Prevention is working on revisions to safety protocols.

Ebola's incubation period is 21 days, and Fauci noted that mark was being reached Sunday for the other Texas Health Presbyterian Hospital workers who first treated Duncan.

Duncan was seen at the hospital on Sept. 26 and sent home with antibiotics. He returned by ambulance on Sept. 28, was admitted and died of Ebola on Oct. 8.

"That's going to be a good thing for those families. They've been through so much, and we're very happy about that," Jenkins said.

But, Jenkins continued, "At the same time, we're extremely concerned about these health care workers, and we continue to make contingency in the event that there are more cases."

Rep. Tim Murphy, a psychologist and founding member of the GOP Doctors Caucus, said the hysteria about Ebola reaching the epidemic level in the U.S. that President Obama is trying to calm is the result of people wanting answers and getting wrong information, which is typical in such situations.

“So many of those assurances have been inaccurate,” the Pennsylvania lawmaker told Fox News. “What creates panic is when people are given information that is proven to be false.”

Murphy, as chairman of a House subcommittee on oversight and investigations, led a hearing last week on Ebola.

He supports a proposed travel ban on West African countries that the administration opposes, saying some of its arguments are “absurd.”

Murphy also said the so-called Ebola czar that the president appointed to oversee the federal response, Ron Klain, will not calm fears.

“The American people are looking for knowledge and expertise,” he told Fox News. “He has none in these fields.”