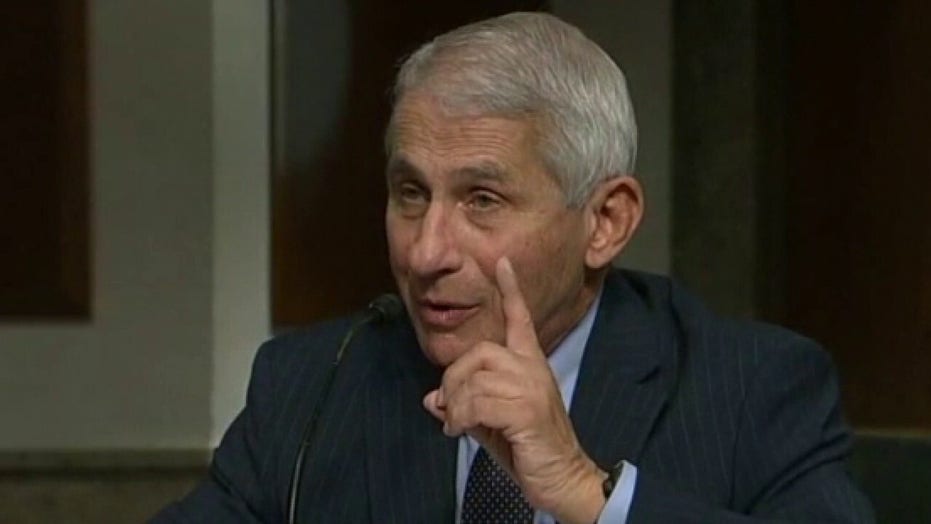 Dr. Anthony Fauci, head of the National Institute of Allergy and Infectious Diseases and member of the White House coronavirus task force, showed frustration with Sen. Rand Paul, R-Ky., while disputing the lawmaker's assertion that lockdowns are not effective in combating COVID-19.

Paul said that while people claim that lockdowns helped in New York and New Jersey, those states were hit quite hard, with New York having the highest death rate in the world. He then said that Sweden, which did not lock down, has a lower death rate, and asked Fauci if he now regrets any of his recommendations for combatting the pandemic.

“You know, Senator, I’d be happy at a different time to sit down and go over detail. You said a lot of different things. You’ve compared us to Sweden and there are a lot of differences,” Fauci said. “But compare Sweden’s death rate to other comparable Scandinavian countries. It’s worse. So I don’t think it’s appropriate to compare Sweden with us.”

As for regrets, Fauci said that he and other medical officials have changed recommendations as they learned more, but he does not regret those regarding shutdowns.

“I don’t regret saying that the only way we could have stopped the explosion of infection was by essentially – and when I say ‘shutting down’ I mean essentially having the physical separation and the kinds of recommendations that we’ve made,” he said.

Paul, an ophthalmologist, again brought up New York’s high death rate as evidence that lockdowns do not work.

“No, you misconstrue that, Senator. And you’ve done that repetitively in the past,” Fauci shot back, explaining that once New York followed the White House’s guidelines, the state's situation improved.

“They got hit very badly, they made some mistakes,” he acknowledged. “Right now, if you look at what’s going on right now, the things that are going on in New York to get their test positivity 1% or less is because they are looking at the guidelines that we have put together from the task force of the four or five things – of masks, social distancing, outdoors more than indoors, avoiding crowds, and washing hands.”

Paul suggested that perhaps what really happened was that enough people in New York already had COVID-19 to yield herd immunity. Fauci flatly rejected that hypothesis.

“I challenge that, Senator,” Fauci said. “I would like to be able to do this because this happens with Sen. Rand all the time. You are not listening to what the director of the CDC said, that in New York it’s about 22%. If you believe that 22% is herd immunity, I believe you are alone.”

Paul then posited that people have pre-existing immunity due to cross-reactivity from other coronaviruses such as common colds, which he said was about a third of the population. Fauci again disagreed.

“I’d like to talk to you about that also," Fauci said, "because there was a study that recently came out that pre-existing immunity to coronaviruses that are common cold do not cross-react with the COVID-19.”