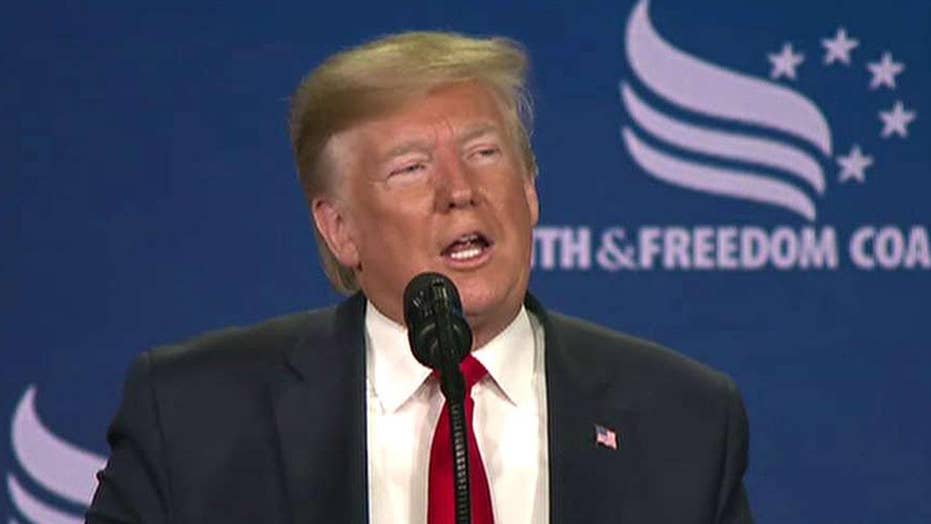 Trump rallies evangelical base during Faith and Freedom Coalition conference

Ralph Reed, the chairman of the Faith and Freedom Coalition, joined "The Ingraham Angle" Wednesday where he talked about President Trump's speech before group's 2019 Road to Majority Policy Conference.

Trump made his case once again to evangelicals, telling the audience that he is their candidate in 2020 and Reed pointed out how the president connected with the audience.

"He never gave a scripture verse, he talked about his heart, shared their values, he didn't try to be somebody he wasn't," Reed said. Trump spoke for over an hour and painted himself Wednesday as a fighter for religious rights. 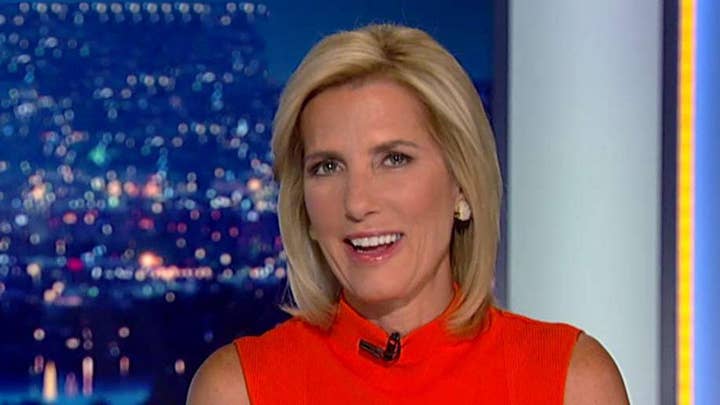 "We are fighting for all Americans and we are embracing the faith community," Trump told the crowd.  "When I ask for your support in 2016, Americans of faith were under assault. But the shameful attempt to suppress religious believers ended the day I took the oath of office."

Reed addressed critics of the president who say he doesn't exemplify Christian values, responding to a montage of media clips attacking the president's "shortcoming."