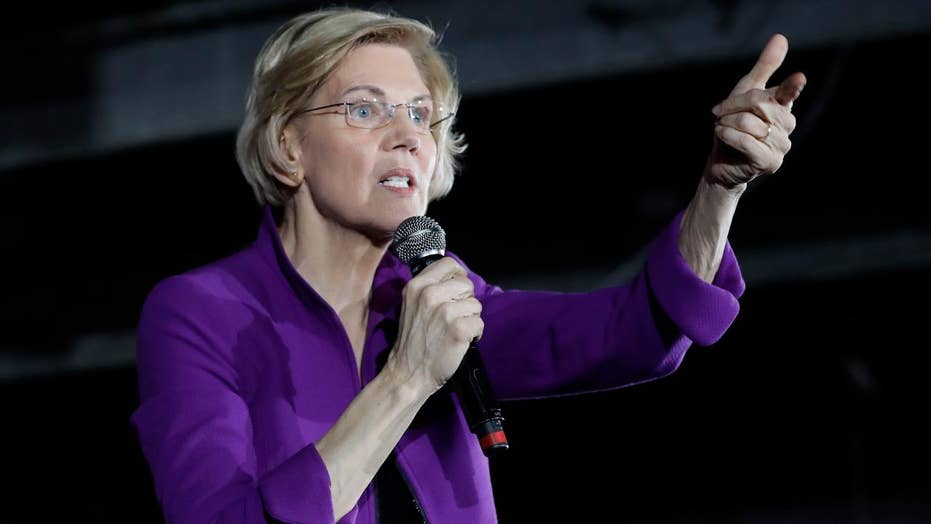 Three Facebook ads from Democratic 2020 presidential hopeful Elizabeth Warren calling for the break up of tech giants – including Facebook – were restored Monday evening after they were briefly taken down, according to reports.

The ads, which were identical in images and texts, cited Warren's recent proposal to break up "anti-competitive" mergers, like Facebook's ownership of WhatsApp and Instagram, Politico reported.

The ads’ removal and restoration follow an interview on Saturday in which Warren announced her desire to break up tech giants like Amazon, Google, Facebook, and Apple.

ELIZABETH WARREN'S 2020 PRESIDENTIAL RUN 'WILL BE THE END OF HER': A.B. STODDARD

In a statement released to The Hill, Facebook insisted it removed the ads because of improper use of its logo but decided to restore them in “the interest of allowing robust debate.”

Per company policy, the statement reportedly said, Facebook bans advertisers that reference its name or company logo in order to weed out ads that falsely promote a product using the company’s name. Andy Stone, a company spokesman, said other Warren ads that simply mentioned her proposal to breakup tech giants, like Facebook, weren’t removed.

Warren responded by pointing out that the company's "ability to shut down a debate over whether FB has too much power" appeared to prove her point.

At a town hall appearance in New York City on Friday, Warren told the crowd that, as president, she would pick regulators who would seek to break up what she called "anti-competitive mergers" such as Facebook's recent purchase of Instagram and Amazon's acquisition of Whole Foods.