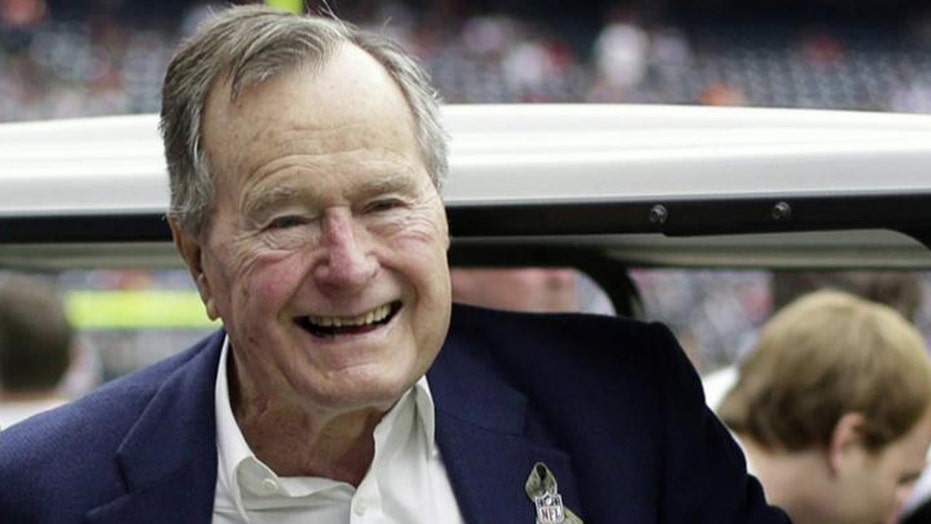 As an ex-president, George H.W. Bush has generally maintained a respectful silence regarding later administrations. But now he's speaking out, criticizing some big names, and not in ways you might expect.

As revealed in the new Jon Meacham biography, "Destiny And Power: The American Odyssey Of George Herbert Walker Bush," the 41st president has some harsh words for the actions of his son's administration.

In particular, he objects to how Vice President Dick Cheney and Secretary of Defense Donald Rumsfeld reacted to 9/11. He feels they were too hawkish, taking a harsh, inflexible stance that tarnished America's reputation around the world.

"I don't know, he just became very hard-line and very different from the Dick Cheney I knew and worked with," Bush told Meacham. "The reaction [to 9/11], what to do about the Middle East. Just iron-ass. His seeming knuckling under to the real hard-charging guys who want to fight about everything, use force to get our way in the Middle East ..."

The elder Bush believes Cheney -- who had been his own defense secretary back when he held the White House -- acted too independently of his son. "The big mistake that was made was letting Cheney bring in kind of his own State Department," Bush said, apparently referring to the national security team that the vice president assembled in his office.

The 41st president suggested to Meacham that Cheney may even have been pushed toward a harder line by his conservative wife and daughter, Liz and Lynne. "You know, I've concluded that Lynne Cheney is a lot of the eminence grise here ... tough as nails, driving," Bush is quoted as saying.

Cheney laughs off that last claim, taking full responsibility for his actions. "We smile about it, we laugh about it," Cheney told Fox News. "Same with my daughter, with Liz. It's his view, perhaps, of what happened, but my family was not conspiring to somehow turn me into a tougher, more hardnosed individual. I got there all by myself."

Regarding the former president's "iron-ass" remark, Cheney says he takes that as a compliment. "I took it as a mark of pride," he says. "The attack on 9/11 was worse than Pearl Harbor, in terms of the number people killed, and the amount of damage done. I think a lot of people believed then, and still believe to this day that I was aggressive in defending, in carrying out what I thought were the right policies."

Despite the criticism, Cheney says he still respects his former boss and enjoyed Meacham's book, which draws partly from audio diaries that Bush recorded during his presidency.

"The diary's fascinating, because you can see how he felt at various key moments of his life," Cheney said. "So I'm enjoying the book. I recommend it to my friends. And proud to be a part of it."

The elder Bush is even harder on Rumsfeld, saying, "I don't like what he did, and I think it hurt the President" -- his son, that is. "I've never been that close to him anyway. There's a lack of humility, a lack of seeing what the other guy thinks. He's more kick ass and take names, take numbers. I think he paid a price for that. Rumsfeld was an arrogant fellow ..."

Former President George W. Bush issued a statement on Thursday, saying: "I am proud to have served with Dick Cheney and Don Rumsfeld. Dick Cheney did a superb job as Vice President, and I was fortunate to have him by my side throughout my presidency. Don Rumsfeld ably led the Pentagon and was an effective Secretary of Defense. I am grateful to both men for their good advice, selfless service to our country, and friendship."

Another recent revelation included in the book: While Bush still believes in traditional marriage, he claims to have "mellowed" on same-sex marriage, stating people have a right to be happy without discrimination. It's a stance that will no doubt please many Republicans but have others wishing he'd continue to maintain his respectful silence.

For more on the private thoughts and the presidency of the 41st president, watch Fox News Reporting -- Destiny and Power -- The Private Diaries of George Herbert Walker Bush. The new special airs Friday Nov. 6 at 10 p.m. ET on Fox News.