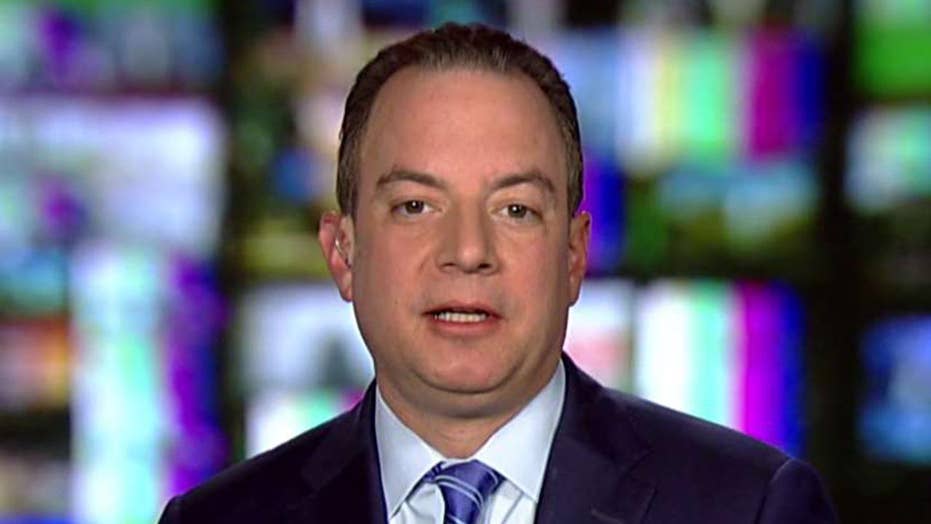 Will a strong economy help Republicans hold on to Congress? Former White House chief of staff Reince Priebus weighs in on 'Fox & Friends.'

Reince Priebus, the former White House chief of staff and Republican National Committee chairman, is ruling out a bid for the Wisconsin congressional seat being vacated by outgoing Speaker of the House Paul Ryan.

Ryan on Wednesday announced plans to retire from Congress at the end of his term this year.

How will Ryan's retirement impact the midterms?

Panel debates whether the political bombshell will help or hurt Republicans in the midterm elections.

Priebus, who served as President Trump’s first chief of staff, is also from Wisconsin and was once chairman of the Wisconsin Republican Party.

With a wave of GOP retirements and members running for other office, the Republican leadership is hoping to find someone who can win Ryan’s seat in November.

Priebus had been mentioned as a possible Republican candidate.

Democrats are expected to target the seat, with the district favoring Republicans by only five points.

After leaving the White House in July, Priebus rejoined the firm Michael Best & Friedrich LLP to lead its government relations and public affairs group in Washington.