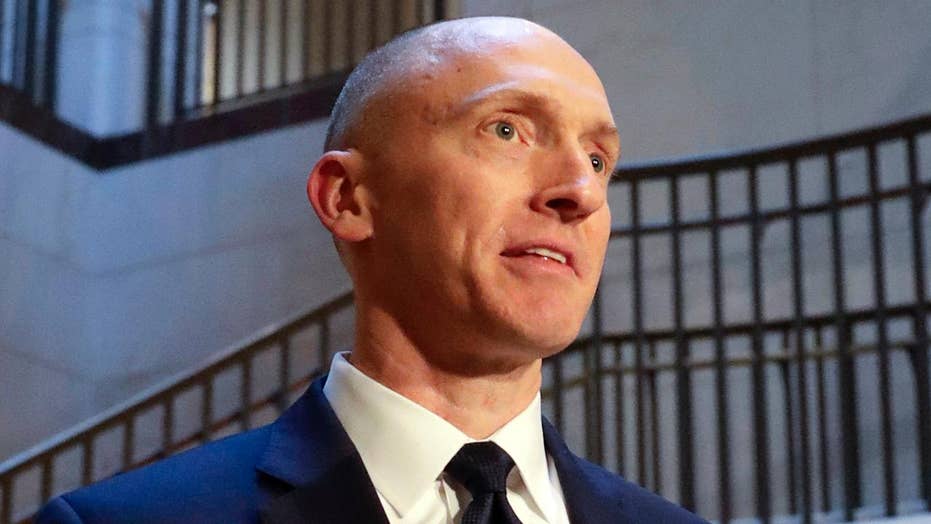 Catherine Herridge reports on the contents of the hearing transcript released by the House Intelligence Committee.

Former Trump campaign aides Michael Caputo and Roger Stone both say they’re at a loss as to why the testimony of fellow aide Carter Page was released by the House Intelligence Committee, but their testimonies continue to be withheld, even though both men have asked for their transcripts to be made public.

All three testified as part of the committee's probe into Russia's possible influence on the Trump campaign, and Caputo and Stone have specific reasons for wanting their testimony released. But so far, only Page's was given to the public.

“My request stands,” Caputo told the Washington Examiner, after saying he was surprised to see the release of Page’s less than a week after Page testified.

“We were told that the secret nature of the briefing was really important to the investigation,” Caputo added. “And now we see that it’s not. So why my request hasn’t been granted — I’m frankly flummoxed by it.”

Stone said he and his lawyers tried to make every concession possible to have his transcript made public.

“We even proposed, you know, as a compromise, that they just agree to publish them unedited the very next day,” Stone told the Washington Examiner.