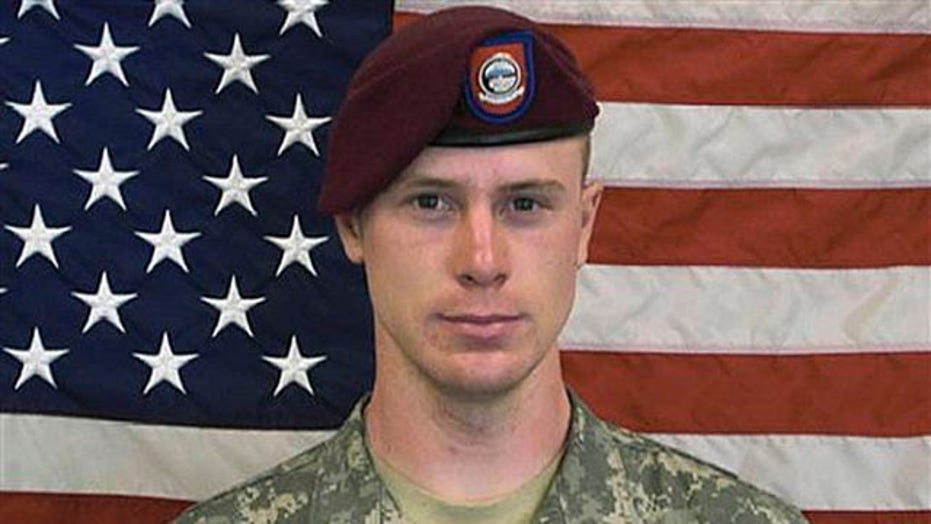 Lt. Col. Shaffer stands by claim Bergdahl will be charged

The Army denies that its investigation will charge Sgt. Bowe Bergdahl with desertion

A former military intelligence officer claimed Tuesday that the White House was delaying the announcement of its decision to file desertion charges against Sgt. Bowe Bergdahl, who was released by Taliban-aligned militants last year in exchange for five Guantanamo prisoners.

In defending claims he originally made Monday on "The O'Reilly Factor" that Bergdahl would be charged, retired Lt. Col. Tony Shaffer told Bill O'Reilly that there was "no doubt" the White House was dragging out its decision.

His original accusation had resulted in a strong denial from the Pentagon earlier in the day.

"They said there's no time limit on this decision. (Pentagon spokesman Rear Adm. John) Kirby even said there's no pressure ... Of course, the moment you say that, there's pressure," said Shaffer, who works at the London Center for Policy Research. "What they didn't say was more compelling than their denial."

Shaffer, who believes the White House's alleged decision to delay its announcement is politically motivated, added that he stands by "all of those facts," referring to his report on Monday that Bergdahl's lawyer has been given a statement of charges.

Kirby, meanwhile, on Wednesday stood by his claim that no charges have been filed. Asked whether there was political pressure to delay the charges, he said, "that is the most ludicrous claim I've heard in the last few days."

Maj. Gen. Ronald F. Lewis, the Army's chief of public affairs, put out a statement Tuesday afternoon calling the reports, including a similar one by NBC News, "patently false."

"To be clear there have been no actions or decisions on the Sgt. Bergdahl investigation," he said. "The investigation is still with the commanding general of U.S. Army Forces Command who will determine appropriate action -- which ranges from no further action to convening a court martial."

Kirby earlier said Bergdahl "has not been charged," and no charges have been referred. "No decision has been made with respect to the case of Sgt. Bergdahl, none," he said. "And there is no timeline to make that decision." He said he would not "speculate" about what might happen in the future.

Shaffer said Monday that Bergdahl's attorney has been given a "charge sheet" outlining the section of the military justice code Bergdahl allegedly violated.

"As a corporate entity, the Army has decided that they want to pursue Bergdahl for this violation," Shaffer said.

Shaffer said there's a "huge battle" going on inside the Obama administration, as some try to "suppress" this development. "This is shaping up to be a titanic struggle behind the scenes," he said.

Shaffer said the Army "wants to do the right thing," but the White House "wants this to go away."

Bergdahl was held for five years before his release was secured in 2014.

But while the president joined with Bergdahl's parents in the Rose Garden at the time in celebrating his return home, the prisoner swap swiftly became a matter of severe controversy. Fellow soldiers accused Bergdahl of deserting his post on a base in Afghanistan in 2009. And the trade itself, of his freedom for five Guantanamo prisoners, drew criticism in Congress from lawmakers who said it sent a troubling signal.

On Monday, former diplomat Richard Grenell claimed the administration has "sent the message" that the U.S. will negotiate on such matters. He cited an alleged offer, made around the same time as Bergdahl's release, by the Qatari government to trade two Americans held in Qatar for an Al Qaeda agent held in a U.S. federal prison. The Obama administration denies there was any deal. Those prisoners were ultimately released over the past two months.