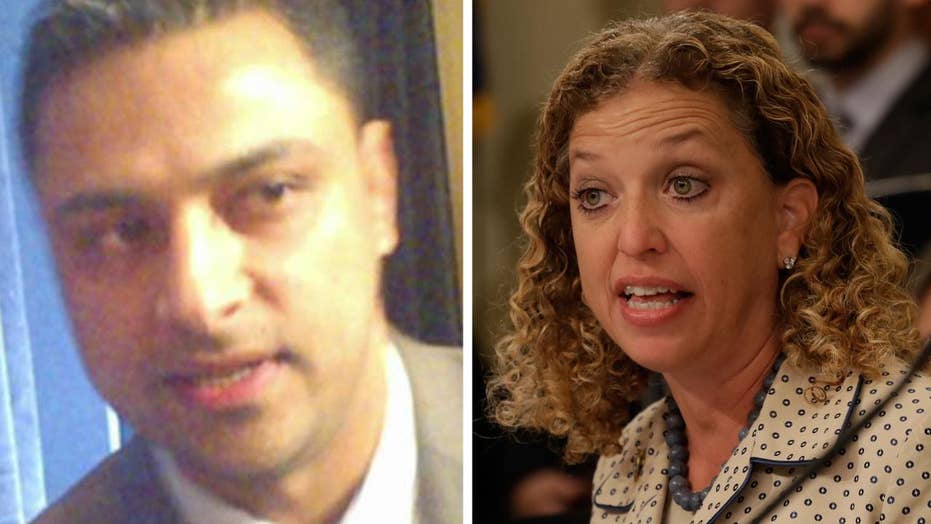 The Justice Department warned Monday that ex-Capitol Hill IT aide Imran Awan is a “flight risk” and could flee to Pakistan if a judge approves his request to lift “all of the conditions of his release.”

U.S. Attorney Jessie Liu filed a motion before the U.S. District Court for the District of Columbia, urging the court to deny the request from Awan, who is facing fraud and other charges.

Awan, a former IT aide for Democratic Rep. Debbie Wasserman Schultz, is currently enrolled in the High Intensity Supervision Program (HISP) with conditions that he abide by an electronically monitored curfew of 12 a.m. to 6 a.m. and a limit on traveling beyond 150 miles from his residence, according to court documents. Awan and his attorney want to lift those conditions, including the electronic monitoring bracelet.

Federal prosecutors warned this could give Awan an opening.

“While the government possesses Awan’s Pakistani passport, nothing prevents him from obtaining a new Pakistani passport at the Embassy in D.C. That passport would permit Awan to board a flight and leave the country at any time,” the motion read. “The government asserts that Awan is a flight risk and that his participation in HISP is by far the least restrictive condition that can be imposed on him to ensure his return to Court.”

The motion pointed to Awan’s “strong ties” to property in Pakistan, and the fact that Awan has transferred money to Pakistan that suggests he can “clearly maintain a life in that country.”

“It is a complete impossibility for Mr. Awan to get another passport, his entire life is here, he has no plans to leave,” Awan’s attorney Christopher Gowen told Fox News in an email Monday. “His wife and children are here, his wife is also charged in this case, and in fact has more charges and the government has no issue with her not being on GPS.”

Gowen added: “The government’s opposition to our motion is solely for political purposes.”

Awan pleaded not guilty in September to multiple federal charges including bank fraud and conspiracy. A grand jury had returned an indictment in August charging Awan and his wife, Hina Alvi, with a total of four charges.

The indictment for Awan and his wife suggested the couple allegedly engaged in a conspiracy to obtain home equity lines of credit from the Congressional Federal Credit Union by giving false information about two properties – and then sending the proceeds to individuals in Pakistan.

Awan and other IT aides for House Democrats had been on investigators’ radar for months over concerns of possible double-billing, alleged equipment theft and access to sensitive computer systems. Most lawmakers fired Awan in February, but Wasserman Schultz, D-Fla., kept him on until his arrest in July.

Awan was arrested at Dulles airport in Virginia, as he attempted to board a flight to Pakistan. At the time, Gowen told Fox News that federal authorities have no evidence of misconduct by Awan relating to his IT duties.

Liu’s latest motion said “the government opposes [Awan’s] request” to lift the conditions of his release, citing Alvi’s May trip to Pakistan.

“Alvi departed abruptly with her two children to Pakistan …Alvi only returned to the United States after the government arrested her husband, thereby preventing him from joining his wife and children in Pakistan,” the motion read, also pointing to Awan’s attempt to leave the U.S. for Pakistan before he was arrested.