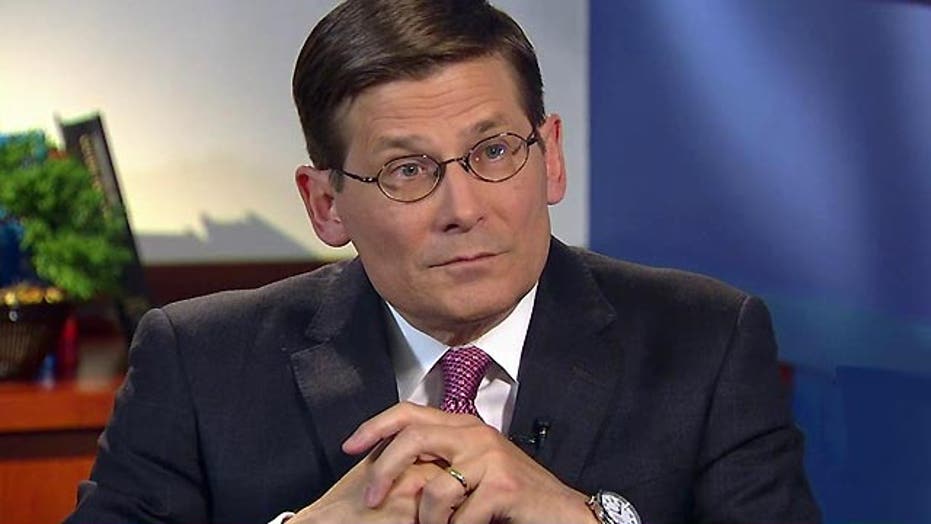 Former CIA Deputy Director Mike Morell criticized former colleagues in the Obama administration Monday over everything from the 2012 Benghazi attack to their description of the Al Qaeda threat, during an exclusive interview with Fox News’ “Special Report.”

Referring to the Sep. 11, 2012 fiery attack on the CIA annex in Tripoli that killed four Americans, including U.S. ambassador Chris Stevens, Morell said that security at the CIA annex was “far superior” to security at the State Department annex and there was “no doubt in my mind that there was a failure at the State Department. No doubt about it.”

Morell, who served in the Obama administration from 2010 to 2013 and was acting director of the agency for several months, also said that while he became a focus of congressional inquiries over changes he made to the administration’s “talking points” explaining the attacks, “I never intentionally misled anybody. I never lied to Congress.”

Another set of “talking points” later surfaced in an email from deputy national security adviser Ben Rhodes specifically drawing attention to an anti-Islam Internet video and saying one goal was "to underscore that these protests are rooted in an Internet video, and not a broader failure of policy."

“I think that is crossing the line between national security and politics,” Morell said.

As for the Benghazi attack itself, Morell said he and other government analysts had concluded “there wasn’t a lot of pre-planning here.” He described the attackers as looking “more like a mob than they are an organized military force.”

Referring to the Al Qaeda threat, he acknowledged originally misreading the effect of the Arab Spring by thinking it was going to undercut the terrorist organization. Instead, he said, it turned out be a “huge boon” for Al Qaeda.

However, he said that as the Obama administration was talking about Al Qaeda being on the run, the CIA was briefing the White House about the spread of Al Qaeda’s ideology. “We told the story as it was happening,” he added.

As for security in the United States, Morell said the country faces unprecedented national security challenges and terror threats on American soil will “remain significant for a long time.”

“I've never seen more threats to our country at any one time in my 33 years in the business … I think in the history of our country,” Morell said. “These are very dangerous times. … I think we are at risk of another attack here, and I want Americans to know that.”

Morell cited a range of global threats, from cyber-attacks to terror strikes to nuclear proliferation, emanating from China, Russia, the Middle East and elsewhere.

However, he argued, they are “first and foremost” intelligence issues and that having superior information-gathering capability will be “absolutely vital to the future of this country.”

Morell, whose new book is titled “The Great War of Our Time,” says he wants to set the record straight about the CIA, which he thinks many Americans have dismissed as an unrestrained spy operation.

“The CIA is not a well understood organization, and there are many myths about it,” he said. Another myth is that it can't do anything right.”

He argued the agency must operate under Executive Office authority and inform Congress of its actions.

“I wanted to paint the true picture of the agency,” he said. “They get it right most of the times. And sometimes we get it wrong, like any organization.”