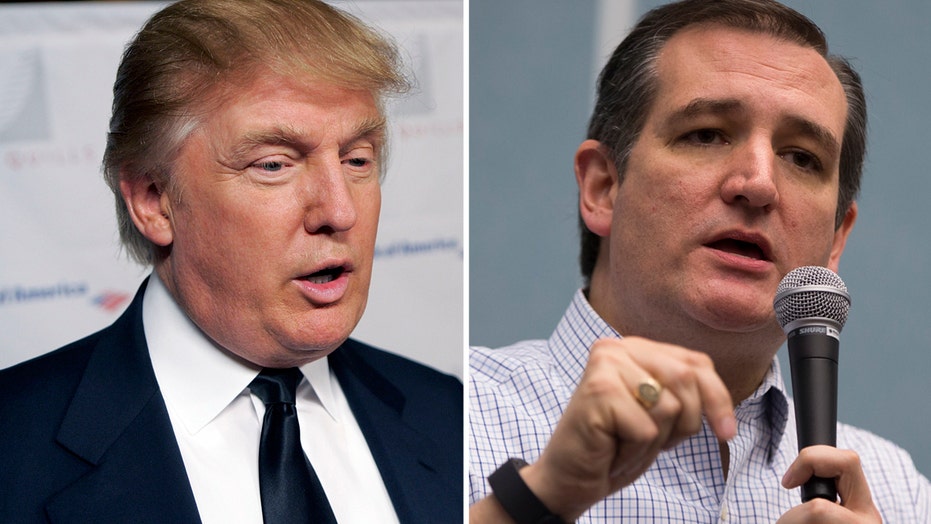 Strategy Room: Joe Lestingi and Charmaine Yoest on where Evangelical leaders and voters stand on 2016 candidates

The spirited fight for the evangelical vote is in full swing – but faith leaders remain sharply divided over who to support ahead of Monday's Republican presidential caucuses in Iowa.

Some, like Jerry Falwell Jr., are openly supporting GOP front-runner Donald Trump. But others say the billionaire businessman does not represent their values, and are backing Ted Cruz and others.

To be sure, the emergence of Trump has complicated the time-honored race for the evangelical vote in the first-in-the-nation caucus state and beyond -- given some of his past positions and statements. While some see a dynamic, breaking-the-mold leader, others see a candidate well out of line with their traditions.

RELATED: Why Are So Many Evangelicals Supporting Trump?

In recent days, several religious leaders not endorsing Trump have broken instead for Cruz, the Texas senator running close to Trump in the Iowa polls.

He secured an endorsement from James Dobson, founder of Focus on the Family in December, and on Tuesday earned the backing of Tony Perkins, president of the Family Research Council.

“I have many friends in this race, but I believe the one who is best positioned, best prepared to lead this nation forward, pulling it out of the tailspin this president has put us in, I believe it is Ted Cruz,” Perkins told Fox News’ Megyn Kelly.

According to a new Pew Research national poll, Trump is considered the least religious candidate among Republicans and Democrats vying for a presidential bid. Retired neurosurgeon Ben Carson polled the highest at 68 percent. Regardless of where they poll, all the candidates know that support from evangelicals could make or break a presidential bid.

Cruz was the first candidate to launch his official presidential campaign -- at Liberty University, the largest Christian university in the world. In his March 23 speech, he rallied the crowd and hammered home the message that he would be the best candidate to carry the evangelical message to the White House.

“Today, roughly half of born-again Christians aren’t voting. They’re staying home. Imagine instead millions of people of faith all across America coming out to the polls and voting our values,” he said at the time.

Falwell, who made the endorsement official on Tuesday, called Trump “a successful executive and entrepreneur, a wonderful father and a man who I believe can lead our country to greatness again.”

Some have raised eyebrows at the endorsement after Trump, who recently spoke at Liberty University, seemed to struggle through his speech and botched a Bible verse.

“Two Corinthians, 3:17, that’s the whole ballgame,” he said, though he meant to say “Second Corinthians.”

Luckily, the crowd forgave him -- some even giggled, while others applauded.

Americans United for Life president Charmaine Yoest believes Trump is so successful because he represents the “alienation of grassroots” groups.

“Some of them are responding by really reacting to the energy of Donald Trump and his assurances that he’s actually going to do something,” she told FoxNews.com’s Strategy Room.

However, Yoest warns Trump's appeal among the religious community is not universal.

“You’re seeing different elements of the evangelical wing line up in different ways,” she said.

Piper wrote that Trump’s past pro-choice stance -- Trump says he's now pro-life -- and history of name-calling are two of the reasons, among others, he would not be asked to speak at the school.

While Trump and Cruz grabbed headlines for their high-profile endorsements, other candidates in the field also have pulled in big-name supporters.

Florida Sen. Marco Rubio recently scored an endorsement from Wayne Grudem, a professor of Biblical studies and theology at Phoenix Seminary in Arizona.

Democratic strategist Joe Lestingi told FoxNews.com he believes support for a candidate is going to come down to who is more electable.

“Are we going to sit here and say Donald Trump is the moral compass of this country? Really, is that the argument we’re having?” Lestingi asked.

He added, “This is where religion and politics – when they start to mix, you start to see people wanting to now – instead of back their values – back a winning candidate,” he said.