Chris Wallace on IG report 'whiplash': Democrats are embracing it, Republicans are attacking it

Eric Holder, who headed the U.S. Justice Department under former President Barack Obama, penned a column late Wednesday in which he calls Attorney General William Barr an unfit successor due to "nakedly partisan" actions and loyalty to President Trump.

Barr has been a favorite target of Trump critics since becoming attorney general in February following the departure of Jeff Sessions. Barr's detractors see him as a high-ranking enabler of the president who may use the department to serve Trump's personal and political interests.

In an interview with Fox News earlier this year, Barr said he was ready for the criticism.

His supporters, however, see Barr as a major player in determining the origins of what became the Russia investigation. The White House and Republicans in Congress say they want to know more about why the FBI decided to investigate the Trump's 2016 campaign's possible ties to Moscow — what Trump has often called a partisan “witch hunt.”

Writing in The Washington Post, Holder's criticism of Barr is wide-ranging. He points to a comment Barr made last month at a Federalist Society event, asserting that Barr made the "outlandish suggestion that Congress cannot entrust anyone but the president himself to execute the law." 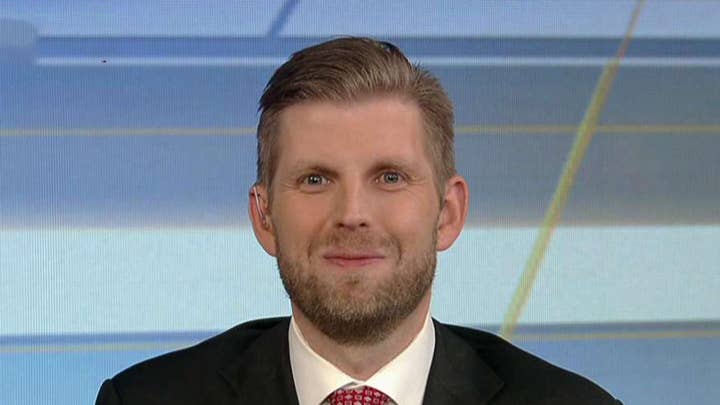 "This is a stunning declaration not merely of ideology but of loyalty: to the president and his interests," Holder writes. "It is also revealing of Barr's own intent: to serve not at a careful remove from politics, as his office demands, but as an instrument of politics — under the direct 'control' of President Trump."

Attorneys general and their relationship with presidents have long been closely watched. Kris Olson, a former U.S. attorney in Oregon, wrote about the close relationships that usually hang in the balance. A president can remove his attorney general at will, but the person is "also intrinsically tied with the politics of the administration."

Holder, in 2013, did not hide his closeness with Obama. During a radio interview, he called himself Obama’s “wingman.”

"I’m still enjoying what I’m doing, there’s still work to be done. I’m still the president’s wingman, so I’m there with my boy. So we’ll see," Holder told Tom Joyner's radio show, according to Politico.

Critics quickly seized upon Holder's term "wingman" because the attorney general is traditionally considered a role independent of the president — even though the job holder is appointed by the president.

Continuing in the Post, Holder writes about his initial reluctance to go public with his criticism of Barrr but adds he is in a unique position where his voice is needed.  He says Barr's actions "demand a response from someone who held the same office.”

Holder also writes that he was infuriated as he watched Barr comment on the ongoing John Durham criminal investigation into the origins of the FBI probe into Trump’s 2016 campaign. Barr, at the time, said he thought "spying occurred" by the government into the  Trump campaign and then, according to The New York Times, clarified that he was "concerned" it occurred.