Full interview: Ed Henry talks with embattled Environmental Protection Agency Administrator Scott Pruitt, who fires back at critics, defending his decision to take a $50 a day condo rental from the wife of a lobbyist and claims he just found out about a controversial pay raise for two of his staff members.

EXCLUSIVE – Embattled Environmental Protection Agency Administrator Scott Pruitt fired back at critics Wednesday, defending his decision to take a $50 a day condo rental from the wife of a lobbyist and claiming he just found out about a controversial pay raise for two of his staff members.

“My staff and I found out about it yesterday and I changed it,” Pruitt told Fox News in an exclusive wide-ranging interview.

When pressed to provide specifics, Pruitt said he wasn’t sure who would be held accountable or if the person who authorized the raise was a career EPA employee or a political appointee.

“I found out this yesterday and I corrected the action and we are in the process of finding out how it took place and correcting it,” Pruitt responded, though he didn’t say if anyone would be fired.

In March, Pruitt approached the White House and asked for substantial pay raises for two of his closest aides, Sarah Greenwalt and Millan Hupp. Pruitt asked to bump Greenwalt’s salary to $164,200 from $107,435 and Hupp’s to $114,590 from $86,460. Since the employees were political appointees, the White House needed to sign off on it but refused.

According to The Atlantic, someone at the EPA used a little-known provision in the Safe Drinking Water Act to skirt around the White House’s decision and green light Greenwalt and Hupp’s salary increases.

“So, hang on. Both of these staffers who got these large pay raises are friends of yours. I believe from Oklahoma right?” Henry asked. 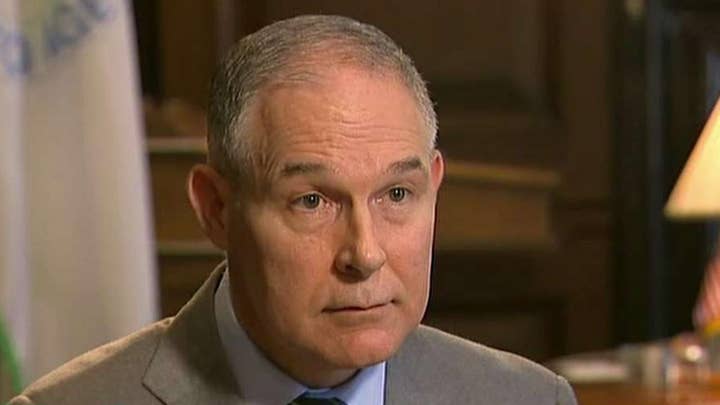 Pruitt responded, “They are staffers here in the agency.”

“They are friends of yours,” Henry said.

“And you did not know that they got these large pay raises?” Henry pressed.

Pruitt responded, “I did not know that they got pay raises until yesterday.”

Pruitt has also come under fire for leasing a Capitol Hill condo that was tied to a prominent fossil-fuels lobbyist for $50 a night. Though an agency ethics official said the condo deal didn’t violate federal ethics rules, it has raised eyebrows about Pruitt and resulted in another tense exchange.

“President Trump said he would drain the swamp,” Henry said.

“I know what that --,” Pruitt responded. 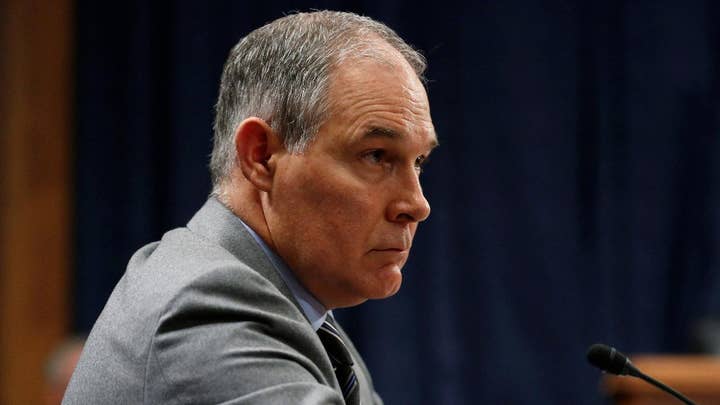 Henry then asked, “Is draining the swamp, renting an apartment from the wife of a Washington lobbyist?”

Pruitt said, “I don’t think that that’s even remotely fair to ask that question.”

Pruitt went on to tell Fox News he rented the condo from a fellow Oklahoman and that everything was above board.

“This was like an Airbnb situation,” Pruitt said of his home located a block from the U.S. Capitol. “When I was not there, the landlord, they had access to the entirety of the facility. When I was there, I only had access to a room.”

Pruitt also faced growing questions about his frequent first-class travel that has led to media scrutiny and speculation about his job security. 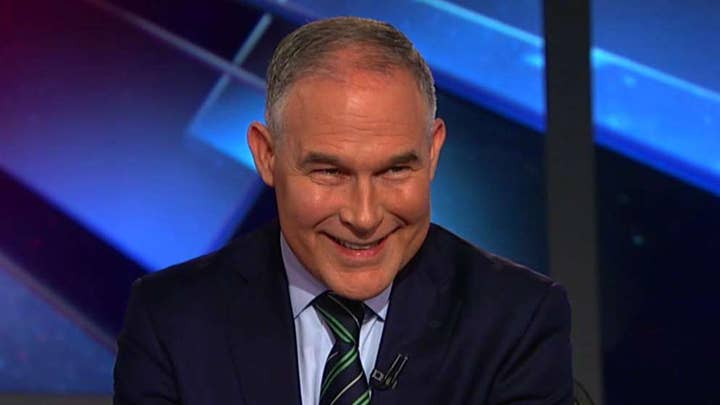 Pruitt told Fox News that he blames the left and says they are out to get him.

On Tuesday, Pruitt made headlines after laying out plans to roll back Obama-era fuel standards in a move seen as a win for automakers, but one that is likely to ignite a major political and legal battle.

His decision to rewrite the nation’s first carbon limits on automobiles reflects both the power of the country’s automakers and the Trump administration’s determination to jump start the car industry.

The move also pits the Trump administration against the state of California.

Under the 1970 Clean Air Act, California can set its own greenhouse gas emissions standards and has threatened to sue the federal government if its waiver is withdrawn and the state is blocked from imposing the more austere limits. A showdown between California and the Trump administration would have wide-ranging implications as currently 12 other states – making up more than a third of the U.S. auto market – follow the Golden State’s emissions standards.

The move by the EPA is the latest in a series of battles between the federal government and California, which has emerged as the staunchest opponent to the Trump administration’s policies.

The EPA’s announcement of the rollback occurred on the same day the Justice Department sued California to block a new state law limiting the transfers of federal lands.