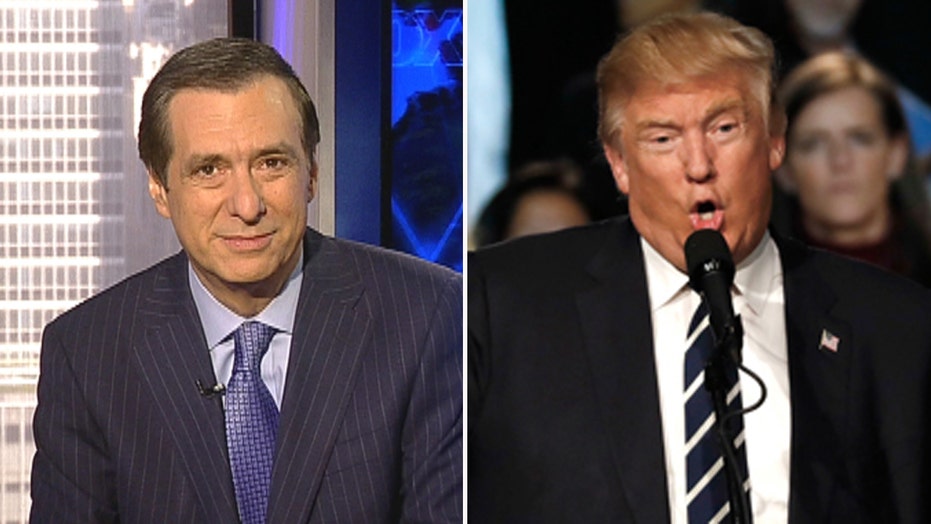 That’s what the New York Times seems to be saying.

What’s more, according to the Times, families are canceling their Thanksgiving and Christmas plans because they’re feuding over Trump.

These are both front-page stories.

I don’t mean to pick on the paper, whose executive editor, Dean Baquet, recently acknowledged that he and his staff, along with other media outlets, fell short in understanding the Trump phenomenon. “If I have a mea culpa for journalists and journalism,” Baquet told his paper, “it’s that we’ve got to do a much better job of being on the road, out in the country, talking to different kinds of people than the people we talk to — especially if you happen to be a New York-based news organization — and remind ourselves that New York is not the real world.”

But I can’t escape the feeling that most news organizations have set up something of an opposition camp when it comes to Donald Trump.

Trump’s transition has been messy so far, what with Mike Pence taking over for Chris Christie and former congressman Mike Rogers being fired. Some foreign leaders have had trouble getting through. But all transitions are a bit chaotic. This may be bumpier than most, given that the billionaire businessman is an outsider without a team of government-in-waiting types.

This produced a three-column headline in the Times’ lead story: “Firings and Discord Put Trump Transition Team in a State of Disarray.”

Trump fired back on Twitter: “The failing @nytimes story is so totally wrong on transition. It is going so smoothly. Also, I have spoken to many foreign leaders.” And: “@nytimes is just upset that they looked like fools in their coverage of me.”

But at least this was a real news story. There was also this front-pager:

“Matthew Horn, a software engineer from Boulder, Colo., canceled Christmas plans with his family in Texas. Nancy Sundin, a social worker in Spokane, Wash., has called off Thanksgiving with her mother and brother. Ruth Dorancy, a software designer in Chicago, decided to move her wedding so that her fiancé’s grandmother and aunt, strong Trump supporters from Florida, could not attend.”

That’s right, the paper strung together a few anecdotes to suggest that American families are at war over the new president.

Is the country still polarized? Sure. But most people are living their lives.

Some Democrats are fueling the polarization. Howard Dean, the ex-presidential candidate who wants to be DNC chief again, said this about the younger generation in a radio interview:

“I really think this election, they’re so disheartened, so down and so tired and discouraged, this may be their Kent State or their Edmund Pettus Bridge, where you finally realize that you’ve got to do something.”

I would remind you that four unarmed students were shot and killed at Kent State University in 1970. Donald Trump…won an election.

Finally, we have the media in an uproar because Trump and his wife ditched his press pool and sneaked out to dinner at the 21 Club.

I do feel sorry for the pool reporters who spent hours at Trump Tower as aides brush by them offering a few words—or none at all—before disappearing into an elevator. And reporters did chase a rumor that Trump went to a steakhouse on Tuesday night, only to be told they couldn’t wait outside 21 Club. One of them filed this report:

“At 9:38 pm, the pool peered around a dumpster and watched Ivanka Trump and her husband, Jared Kushner, get into an SUV.” It’s so glamorous being a political reporter.

There is an important principle here. A protective pool follows the president-elect (and POTUS) as a body watch—in case something terrible happens. Journalists also glean important information about who comes and goes and interactions with voters. New presidents resent the intrusion on their privacy, but they acquiesce. If Trump does not, that could become an important story.

By the way, President-elect Obama ditched his pool in Hawaii eight years ago, and it wasn’t treated as a national calamity.