Strzok-Page texts: How the Obama administration was involved

James Comey isn’t the only one who took issue with Obama White House statements downplaying the Hillary Clinton email probe in 2016. A new email obtained by Fox News shows that even anti-Trump FBI agent Peter Strzok was concerned about their comments at the time.

Offering a glimpse into his actions while leading the Clinton investigation, the Strzok email shows the agent seemingly agitated over statements made by then-White House press secretary Josh Earnest claiming Clinton was not a target of the FBI probe.

"Below not helpful," Strzok wrote to top FBI counterintelligence official Bill Priestap and colleague Robert Jones on Jan. 30, 2016, from his FBI Washington Field Office. "Certainly the WH is going to do whatever it wants, but there is a line they need to hold with regard to the appearance of non-interference."

Obama himself also made comments similar to Earnest's. 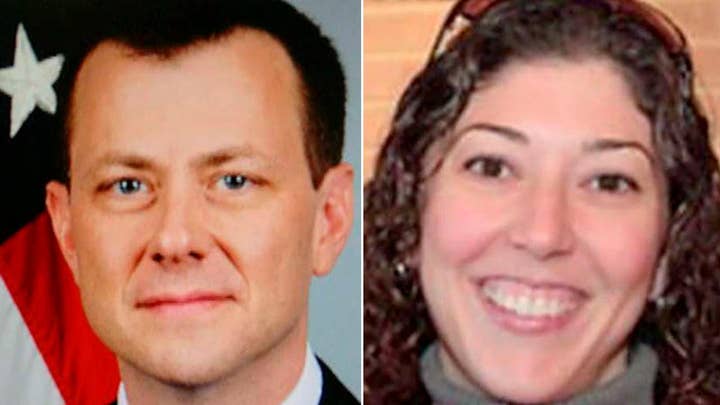 In October 2015, Obama told “60 Minutes” that Clinton had made a “mistake” with her private email server use but it did not endanger national security. In April 2016, he told “Fox News Sunday” that national security was not endangered, and Clinton would never “intentionally” put the country in jeopardy.

Ousted FBI boss Comey earlier took a swipe at the former president for those remarks in his new memoir and a Sunday interview promoting it. Comey said Obama’s comments “jeopardized” the DOJ’s credibility.

Strzok also noted those comments in his email, saying: "This coupled with the President's ‘no harm to national security’ statement provide a couple of data points for senior execs if the issue ever comes up in discussion at the White House."

Both Strzok and fellow FBI official Lisa Page were back in the spotlight this week after House Republicans named them in a letter to the Justice Department and FBI seeking a criminal investigation of key figures involved in 2016 controversies.

Strzok was the lead agent on the Clinton email case known inside the bureau by the code name "Mid Year Exam" or MYE. He later gained notoriety after Special Counsel Robert Mueller removed him from the Russia probe after anti-Trump text messages were uncovered between him and his mistress, FBI attorney Page, who was working for the FBI's Office of General Counsel. 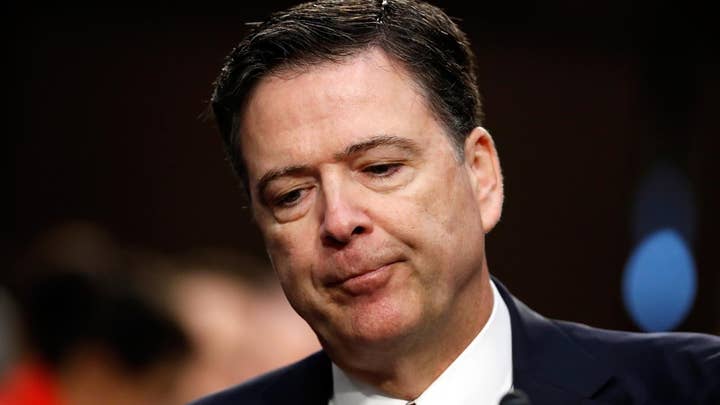 The criminal referral letter signed by 11 House Republicans -- led by Rep. Ron DeSantis, R-Fla. -- specifically raised concerns about Strzok and Page’s alleged “interference in the Hillary Clinton investigation regarding her use of a personal email server."

The Strzok email regarding the Obama White House comments was sent a week-and-a-half after Fox News first reported that emails containing Top Secret (TS) and even more sensitive intelligence known as SAP (Special Access Programs) were found by a government watchdog on Clinton’s private server that she used for all government business as secretary of state.

Comey did not specifically address those emails in his new book “A Higher Loyalty.” However, on page 163, he writes, "In all, there were thirty-six email chains that discussed topics that were classified as ‘secret’ at the time."

Access to SAP intelligence is restricted to those with a "need-to-know" because exposure of the intelligence would likely reveal the source, putting a method of intelligence collection -- or a human asset -- at risk. Currently, some 1,340 emails designated "classified" have been found on Clinton's server, though the Democratic presidential nominee insists the information was not classified at the time.

While Obama exchanged emails with Clinton using an alias, how often Obama communicated with Clinton via email on her unsecured server remains unclear.

The president’s high-security BlackBerry also used a process known as "whitelisting" that only allowed it to take calls and messages from pre-approved contacts, two former senior intelligence officials with knowledge of the set-up told Fox News.

"Think of whitelisting like a bouncer in the VIP line at the party. If you are on the list, you get in, if you are not, you get bounced to the pavement," said Bob Gourley, former chief technology officer (CTO) for the DIA, and now a partner with strategic consulting and engineering firm Cognitio.