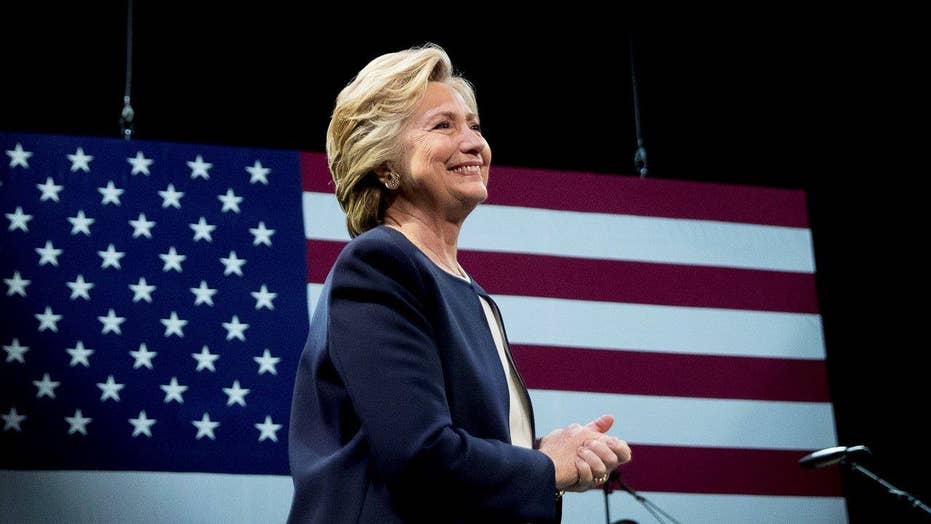 Another day, another batch of WikiLeaks emails – this time, showing Hillary Clinton allies' efforts in 2008 to test then-Sen. Barack Obama’s potential vulnerabilities, including on deeply personal matters like his father’s Muslim faith and his own past cocaine use.

The email exchange, part of the latest release of hacked emails purportedly from Clinton 2016 Campaign Chairman John Podesta’s account, are from early January 2008 and discuss what is described in the subject line as a “McCain Survey.”

The discussion, however, focuses on apparent polling about potential weak spots for Obama, who had just beaten Clinton in the Iowa Democratic caucuses at that stage in the race.

The Clinton allies float a slew of potential topics including:

“Obama (owe-BAHM-uh) was the only candidate at a recent event not to cover his heart during the national anthem and he has stopped wearing an American flag pin.”

“Obama (owe-BAHM-uh)'s father was a Muslim and Obama grew up among Muslims in the world's most populous Islamic country.”

“Obama (owe-BAHM-uh) described his former use of cocaine as using ‘a little blow.’”

The topics are listed in an email from analyst Kristi Fuksa asking those on the list to cut one:

“We've reworked the Obama message into the survey, as requested. But on the list of negative facts we need to cut ONE since we separated out gay adoption and his use of cocaine,” she writes.

The cocaine question was separated out, apparently at the request of strategist Paul Begala.