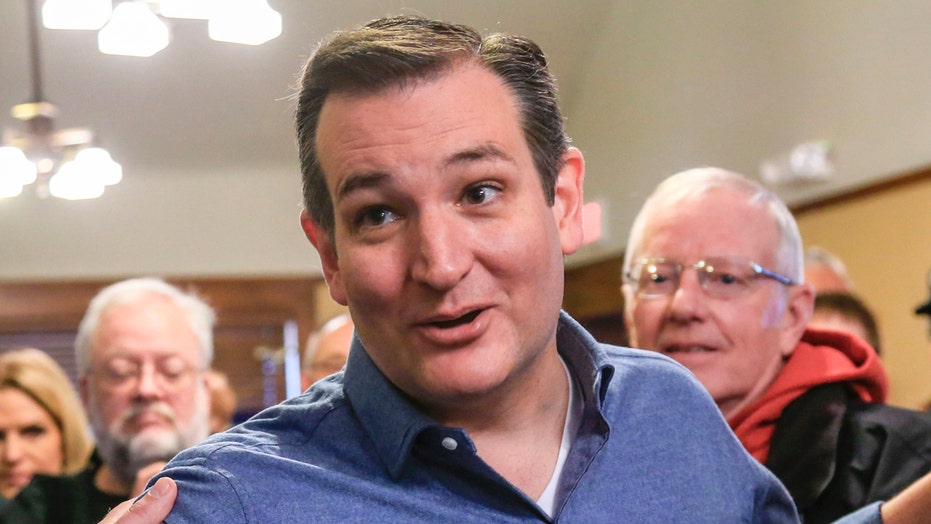 Strategy Room: Ellen Ratner and Flip Pidot on whether Cruz's Canadian roots are a problem in presidency eligibility

A casual jab by Donald Trump over Canada-born Ted Cruz’ eligibility for president has snowballed into a campaign trail headache for the Iowa GOP caucus front-runner.

The Texas senator was born in Calgary, Canada, a fact he’s hardly kept secret. Despite some questions last year about his eligibility to run, legal scholars have said Cruz indeed is a “natural born citizen” and eligible because his mother is American. Plus he renounced his Canadian citizenship in 2014.

But Trump, who famously challenged President Obama’s birthplace and eligibility years ago, dredged up the same issue with Cruz earlier this week, warning it could lead to a drawn-out court case.

Cruz tried to brush it off. But other lawmakers – most recently, Sen. John McCain, R-Ariz., and House Minority Leader Nancy Pelosi, D-Calif. – have kept the questions alive.

McCain, who is not exactly a Cruz ally, needled his Senate colleague in a radio interview with Phoenix-based KFYI. He said Cruz’ case is different from his own situation – McCain was born on a U.S. military base in the Panama Canal Zone.

“I think there is a question. I am not a constitutional scholar on that, but I think it’s worth looking into. I don't think it's illegitimate to look into it," McCain said.

Pelosi, asked about Cruz on Thursday, said it’s a matter for Republicans to decide but added: “I do think there is a distinction between John McCain being born to a family and serving our country in Panama than someone born in another country.”

“I imagine that the Gang of Eight will stay together and he’ll be for Rubio, so … why not help?” he told Fox News, referencing the 2013 “gang” that worked on an immigration reform bill.

Pro-Cruz super PAC Keep the Promise 1 also said in a statement: "As Cruz rises in the polls, his opponents are looking for anything to stop his momentum. Raising a matter of law shows there is nothing else to attack him on, and that he's gotten into their heads. Let's end these sideshows and get back to talking about who is going to restore peace and prosperity to our nation."

Whether the Canada questions fade or flare from here is an open question.

Trump has claimed he was only posing an “innocent question” when he first discussed Cruz’ eligibility in an interview with The Washington Post. But he’s urged Cruz to get out in front.

“I will say, though, that the Democrats, if they bring a lawsuit on it … you have to get it solved,” Trump told Fox News on Wednesday. “I would like to see Ted do something where maybe he goes in a preemptive fashion into court to try and get some kind of an order because I would not like to see that happen.”

Cruz has tried to stay above the fray.

He initially responded to Trump’s questions with a tweet referencing the episode of “Happy Days” where Fonzie jumps over a shark on water skis, equating it to the Trump campaign “jumping the shark.”

But he was peppered with questions at a press conference Tuesday in Iowa. He wouldn’t criticize Trump directly and tried to turn the tables on the media.

“One of the things the media loves to do is gaze at their navels at hours on end by a tweet from Donald Trump or from me or from anybody else—who cares? Let’s focus on the issues.”

He added, “The best way to respond to this kind of attack is to laugh it off.”

“There is no question that Senator Cruz has been a citizen from birth and is thus a ‘natural born Citizen’ within the meaning of the Constitution,” they wrote.

The lawyers wrote that the Supreme Court has long used British common law and enactments of the First Congress for guidance on defining a “natural born citizen.”

“Both confirm that the original meaning of the phrase ‘natural born Citizen’ includes persons born abroad who are citizens from birth based on the citizenship of a parent,” they wrote.

For Cruz, the questions might not have gained much steam if not for the fact that Obama and his allies spent years battling allegations from “birthers” that he wasn’t really born in Hawaii.

“It would be quite ironic if after seven or eight years of drama around the president’s birth certificate, if Republican primary voters were to choose Senator Cruz as their nominee -- somebody who actually wasn’t born in the United States and only 18 months ago renounced his Canadian citizenship,” Earnest said.

GOP candidate and Kentucky Sen. Rand Paul also piled on Wednesday, joking on Fox News Radio’s “Kilmeade & Friends” that, “I think without question he is qualified and would make the cut to be Prime Minister of Canada.”

He later said, “I am not enough of a legal scholar to say the court will decide one way or another.”