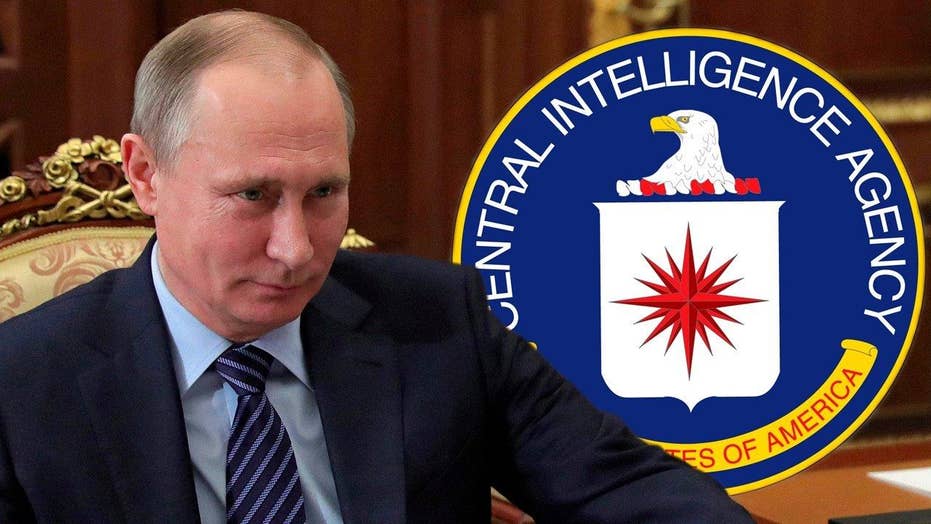 The alleged interference is prompting the members to ask for more information before they cast their vote; James Rosen explains on 'Special Report'

A push by restive electors for a briefing on alleged Russian interference in the U.S. election is growing after Hillary Clinton's campaign chairman poured fuel on the fire by endorsing the call – as some Donald Trump foes continue to hold out hope they can deny the president-elect the office he won.

John Podesta, whose emails were leaked to the front pages of news outlets across the country via WikiLeaks in the last months of the campaign, did not directly call on electors to flip their vote. He merely backed the demand by a handful of them for an intelligence briefing on Russia involvement.

“Electors have a solemn responsibility under the Constitution and we support their efforts to have their questions addressed,” he said in a statement Monday.

Since then, however, a total of 55 mostly Democratic electors have now signed onto the open letter to Director of National Intelligence James Clapper.

“We further require a briefing on all investigative findings, as these matters directly impact the core factors in our deliberations of whether Mr. Trump is fit to serve as President of the United States,” the letter says.

Those on the letter are not all necessarily part of an effort to get Republican electors to defect from Trump and back an alternative. The Electoral College is set to meet Monday to affirm Trump's Nov. 8 win, and attempts to deny the president-elect a formal victory at that time stand little chance of succeeding.

Still, the focus on Russia interference could serve to stir some drama on Dec. 19.

The call for an intelligence briefing is being led by Christine Pelosi, the daughter of House Democratic leader Nancy Pelosi -- who has been under fire over her party's poor showing in November, and who recently swatted off a leadership challenge.

The letter follows the The Washington Post reporting Friday that the CIA has “high confidence” the Russian government tried to help the Trump campaign. But so far, the Office of the Director of National Intelligence has not embraced the CIA finding.

Even if the call for a briefing is successful, it would only be one step on a long and arduous path to denying Trump the 270 votes needed to take the White House.

Trump won 306 electoral votes, and his opponents would need to convince 37 Republican electors to defect. So far only one – Chris Suprun of Texas – has said he will do so. Suprun was the only Republican elector to sign on to the Pelosi letter.

Harvard constitutional law Professor Larry Lessig, who briefly ran as a candidate for the 2016 Democratic Party nomination and who has set up a legal group “The Electors Trust” to offer legal counsel to anti-Trump electors, told FoxNews.com he believes there are at least 20 GOP electors seriously considering changing their vote. He conceded he thinks most will only vote against Trump if they believe they have 37 Republican electors ready to jump ship.

“I’m confident there are about 20 ... seriously considering it,” he said. “There are some who will do it as a matter of principle; one has already said he will. But most will be in the situation where they won’t make that sacrifice unless there a reason to sacrifice.”

After reports that Ohio Gov. John Kasich was being considered as a third-way candidate, Kasich tweeted asking electors not to vote for him and declaring: “The election is over.”

Lessig acknowledges there is little chance of the effort succeeding, but  says that things could change if the Russian narrative heats up.

“This is a low probability event and I don’t see anything right now that indicates a high chance that it will change immediately. But a lot is happening,” he said.

Should the rogue electors deny Trump the votes, it would be an unprecedented moment in U.S. history. There have only been 157 instances of so-called “faithless electors” for president or vice president, and no faithless electors have ever changed the outcome of an election.

Trump also dismissed claims of Russian interference, telling Fox News’ Chris Wallace that “Democrats are putting it out because they suffered one of the greatest defeats in the history of politics in this country.”

The White House has stayed well away from the Electoral College controversy, with White House press secretary Josh Earnest noting Tuesday that most electors will not have the necessary security clearance with which to access classified information.

The Electoral College is due to meet on Dec. 19, by state, in each capital. They will submit their certificates of votes, which Congress will tabulate in a Joint Session on Jan. 6.