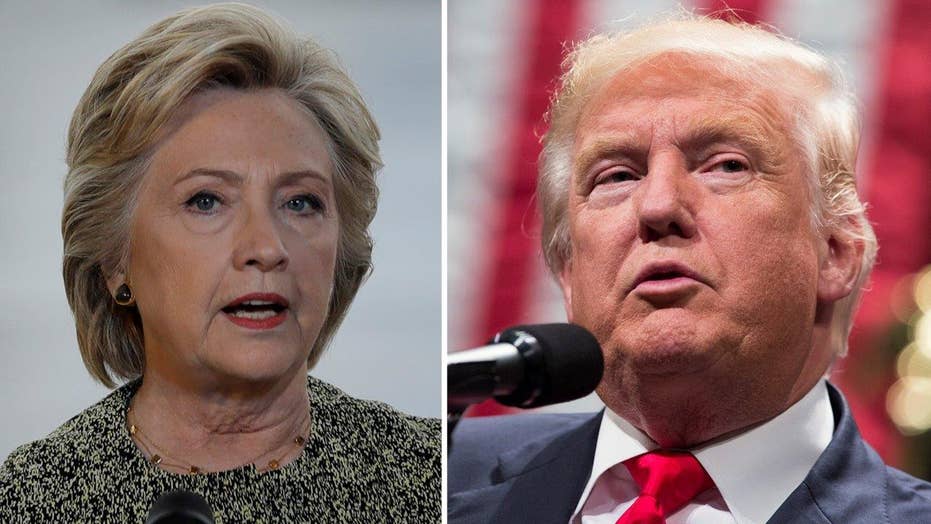 Trump vs. Clinton: Inside debate preps for the candidates

The New York Times and Washington Post editorial boards unleashed a broadside Monday against Donald Trump ahead of the first presidential debate, scrambling to make their case for why the Republican nominee should not be president as he gains on Hillary Clinton in the polls.

The Times, after endorsing Clinton over the weekend, went a step further with a new editorial titled, “Why He Should Not Be President.”

The 1,400-word essay sought to systematically knock down Trump’s own claims about his assets as a leader, describing him as a “man far more consumed with himself than with the nation's well-being.”

The Times wrote: “Voters attracted by the force of the Trump personality should pause and take note of the precise qualities he exudes as an audaciously different politician: bluster, savage mockery of those who challenge him, degrading comments about women, mendacity, crude generalizations about nations and religions.”

The warning comes ahead of the first formal face-off between Trump and Clinton, set for Monday night at Hofstra University in New York.

The debate comes as Trump pulls to near-even with the Democratic nominee in national polls and trades the lead with her in key battlegrounds. A Quinnipiac University national poll released Monday morning showed a virtual dead heat, with Clinton edging Trump among likely voters 44-43 percent.

The Republican’s rise in the polls has raised alarm among Democrats – and concern among his critics about the impact a strong debate performance could have.

The Washington Post, in its editorial, said “the stakes could not be higher,” but asserted that Trump has “amply demonstrated his unworthiness” to be president.

“It’s beyond his capacity in the upcoming 90-minute question-and-answer sessions to reverse or even substantially modify that conclusion,” the editorial board wrote.

The Trump campaign, for its part, has dismissed the views of the Times' editorial board.

After the newspaper’s Clinton endorsement over the weekend, Trump spokesman Jason Miller issued a statement saying:

The statement was titled, “The Sun Also Rose In The East This Morning.”