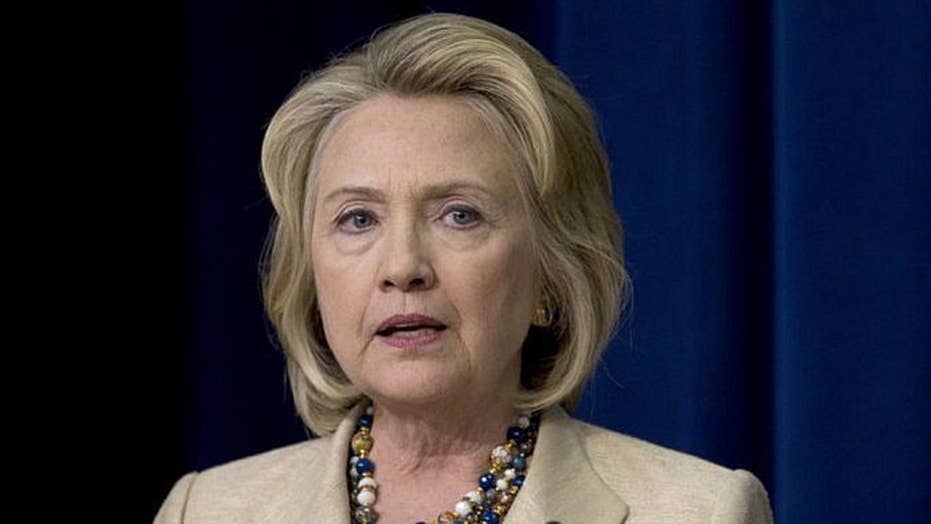 Hillary Clinton faces backlash after saying married white women voted for Trump because their husbands told them to; reaction on 'Cavuto Live.'

“It’s not helpful at all,” Durbin, the Senate majority whip, told “Fox News Sunday.” “My friend Hillary Clinton is wrong. … But we’re moving on to the next chapter of American history. It will be a different cast of characters completely.”

During a recent trip to India, Clinton said Americans didn’t “deserve” Trump, suggested Americans who voted for her came from more economically prosperous parts of the country, some who voted for Trump held racist or misogynist views and that female voters caved to pressure from men to vote for Trump.

Clinton, who also lost a 2008 White House bid, said on the trip that Trump has “quite an affinity for dictators" and that he "really likes their authoritarian posturing and behavior."

The former secretary of state, senator and first lady has frequently tried to explain her 2016 upset loss while the Democratic Party has tried to look ahead to the 2018 and 2020 elections. Clinton even published a book last year titled, “What Happened.”