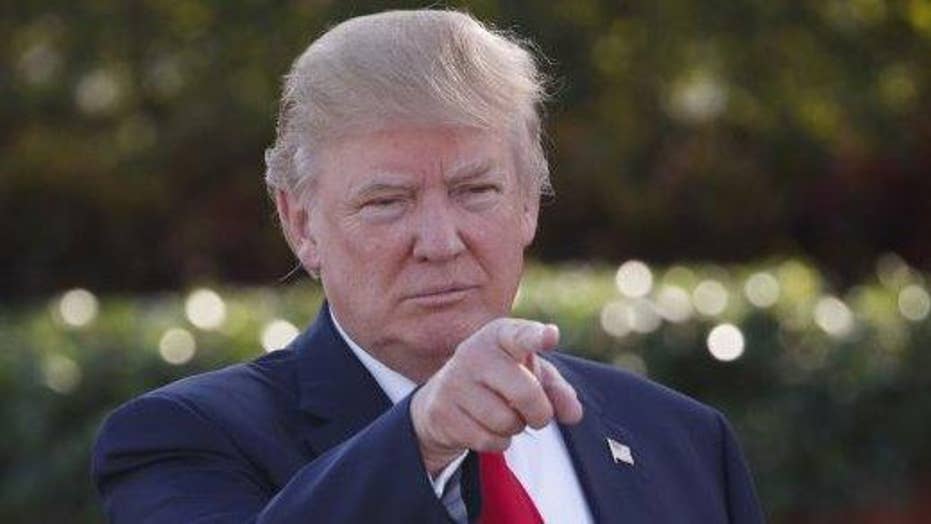 Many Trump Cabinet picks have not completed needed paperwork

Donald Trump’s team has a message for Senate Democrats threatening to slow-walk their nominees: Give the president-elect’s Cabinet picks the same treatment extended to President Obama’s.

Top transition officials, along with Senate Majority Leader Mitch McConnell, R-Ky., are citing a potential double standard as some Democratic lawmakers seek a delay in advance of a packed schedule of confirmation hearings.

Eight years ago, the Senate confirmed seven Cabinet-level nominees the day of Obama’s inauguration, including top picks like Janet Napolitano for Homeland Security secretary. Hillary Clinton was confirmed as secretary of state the following day.

Trump allies are optimistic he will get a comparable number confirmed from the outset -- Trump himself predicted Monday, "I think they'll all pass" -- but are warning Democrats they’ll suffer politically if they throw the brakes on the process.

“I think the Democrats will overplay their hand here,” senior adviser Kellyanne Conway told “Fox & Friends” on Monday. If key Trump nominees are held up, she said, “[Democrats] will be blamed, we won’t be blamed.”

TRUMP CABINET NOMINEES GET THEIR DAY

Conway cited the brisk confirmation pace for Obama’s nominees back in 2009, echoing McConnell from a day earlier. 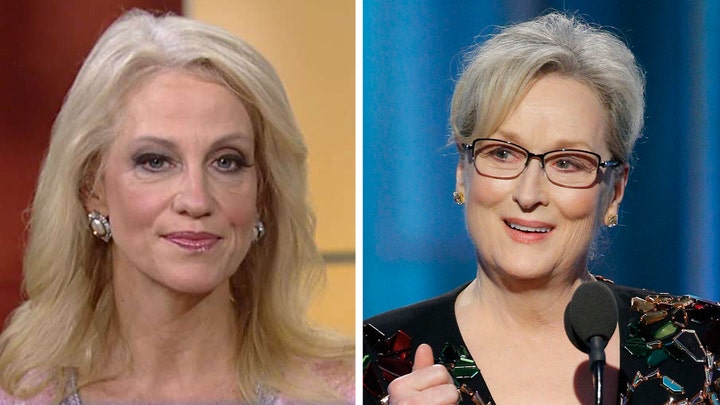 “We confirmed seven Cabinet appointments the day President Obama was sworn in. We didn't like most of them either. But he won the election,” McConnell told CBS’ “Face the Nation” on Sunday. “So all of these little procedural complaints are related to their frustration in having not only lost the White House, but having lost the Senate.”

McConnell said, “We need to sort of grow up here and get past that. We need to have the president's national security team in place on Day One.”

Democrats indicate the reason they’re scrutinizing Trump’s nominees so closely is because they’re still awaiting important paperwork that could clarify any potential conflicts of interest the nominees -- in some cases millionaires and billionaires with complex personal finances -- might encounter on the job.

The director of the Office of Government Ethics, Walter Shaub, recently suggested Republicans were the ones breaking with precedent, noting the office had not even received initial draft disclosure reports for some nominees appearing before Congress this week -- when the Senate plans to hold at least nine confirmation hearings, beginning Tuesday.

"I am not aware of any occasion in the four decades since OGE was established when the Senate held a confirmation hearing before the nominee had completed the ethics review process," wrote Shaub.

But incoming Trump press secretary Sean Spicer said Monday that every nominee with a hearing scheduled this week now “has their paperwork in” to the Office of Government Ethics‎.

Senate committee aides also said hearings were held for former Education Secretary Roderick Paige and former Labor Secretary Elaine Chao before they received the same forms in 2001, and that they received the documents days after each of those hearings. Both were confirmed to serve in President George W. Bush's Cabinet.

Conway said Trump’s nominees, further, have answered more than 2,600 questions and met with dozens of senators, including Democrats.

Schumer has joined with Sen. Elizabeth Warren, D-Mass., the Democratic National Committee and others in seeking a pause. Warren tweeted: “Cabinet officials must put our country's interests before their own. No conf hearings should be held until we’re certain that’s the case.”

In the end, Democrats can slow down the process but don’t have power to use the filibuster to block nominations, since they changed the threshold on such votes from 60 to 51 votes. If Republicans hold together, Trump’s nominees are virtually assured confirmation.

The hearings begin Tuesday with Alabama Sen. Jeff Sessions’ nomination for attorney general before the Senate Judiciary Committee, the same panel that in 1986 denied him a federal judgeship, following allegations he had made racist remarks and called the NAACP "un-American."

Civil rights groups are urging a thorough vetting of Sessions, but others are coming to his defense, with supporters going on air with pro-Sessions testimonials from those who have worked with him.

Another closely watched hearing will be ExxonMobil boss Rex Tillerson’s appearance before the Senate Foreign Relations Committee Wednesday, for his nomination to be secretary of State. Democrats and even some Republicans could press Tillerson not only on his financial interests but his ties to Russia.

While Republicans hope past will be prologue and the Senate swiftly confirms many nominees, they also have to contend with Democrats seeking payback for their treatment of Obama’s Supreme Court pick. While the Senate quickly confirmed Obama’s Cabinet picks in 2009, the chamber under Republican control steadfastly refused to consider Merrick Garland for the Supreme Court vacancy last year.

Even if the Senate moves to confirm Trump’s Cabinet nominees, his Supreme Court pick is likely to face a contentious confirmation fight.

In anticipation, the Judicial Crisis Network – the same conservative group that has been lobbying for Sessions’ confirmation – announced Monday it will spend at least $10 million on a campaign to confirm Trump’s eventual Supreme Court nominee.

Carrie Severino, JCN chief counsel, called it “the most robust campaign for a Supreme Court nominee in history,” vowing to pressure vulnerable Democratic senators on the vote.