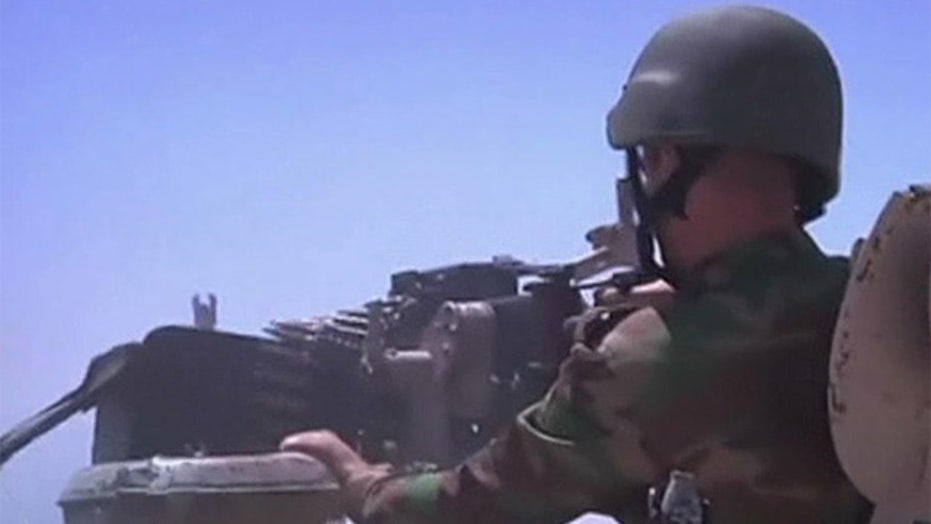 Members of Congress are voicing concern that the Obama administration has not gotten strong enough assurances that U.S. troops heading to Iraq to aid the beleaguered government will be immune from prosecution in Iraqi courts for any alleged offenses committed while serving there.

The inability to strike an agreement giving American troops immunity was one of the big reasons why a residual force did not stay behind after 2011. Now that hundreds of U.S. troops and military advisers are being sent back into Iraq to secure U.S. facilities and assist Iraqi security forces, some lawmakers wonder whether a "double standard" is being applied -- one that could potentially jeopardize American troops.

Both the Pentagon and White House claimed Monday that they have received "acceptable assurances" -- via "diplomatic note" -- regarding "protections" for U.S. personnel in Iraq.

"Specifically, Iraq has committed itself to providing protections for our personnel equivalent to those provided to personnel who were in country before the crisis," White House Press Secretary Josh Earnest said Monday. "We believe these protections are adequate for the short-term assessment and adviser mission our troops will be performing."

But the last time around, the Obama administration sought a more formal agreement -- asking Iraq's parliament to approve the legal protections for U.S. troops.

Colin Kahl, who served as deputy assistant secretary of defense for the Middle East from 2009 to 2011, wrote in Politico last week that administration lawyers determined the protections had to be approved by the parliament "for any agreement to be binding under the Iraqi constitution" -- though Prime Minister Nouri al-Maliki was willing to sign a "memorandum of understanding" offering the same assurances. Parliament did not approve the deal, and U.S. troops withdrew.

A Lamborn aide told FoxNews.com that no such demand is being made here, yet hundreds of servicemembers are returning to the country.

"They're using a different standard now," the aide said.

After Secretary of State John Kerry visited Baghdad on Monday and announced that a new government would be formed next week, the aide also noted that the next government might not offer the same assurances as the current one.

The issue of immunity for U.S. troops is controversial in Iraq. One high-profile incident where U.S. troops were tried by the U.S. military justice system -- and not Iraqi courts -- was the 2005 killing of 24 Iraqi civilians in Haditha by U.S. Marines.

To the outrage of Iraqis, most the defendants had their cases dropped.

Since the latest outbreak of violence in Iraq, the Obama administration has deployed about 275 servicemembers to Iraq to secure the U.S. Embassy and other facilities.

President Obama on Thursday announced he was prepared to send up to 300 military advisers to Iraq to assist the government, as it battles radical Sunni militants aligned with the Islamic State of Iraq and Syria. ISIS is a State Department-designated terrorist group.

Lamborn, in his draft letter, asked for specifics regarding the protections those U.S. personnel might receive.

"While the security situation on the ground is very disturbing, and the United States may need to take action to protect our interests, we are concerned by an apparent double standard when it comes to this Administration and your concern for legal protections for our servicemembers," he wrote. "Either the immunity issue was a political fig leaf in 2011 or our servicemembers are at legal risk today if they enter Iraq."

The Lamborn aide told FoxNews.com the letter has a "handful" of signatures at this stage, but is still being circulated.