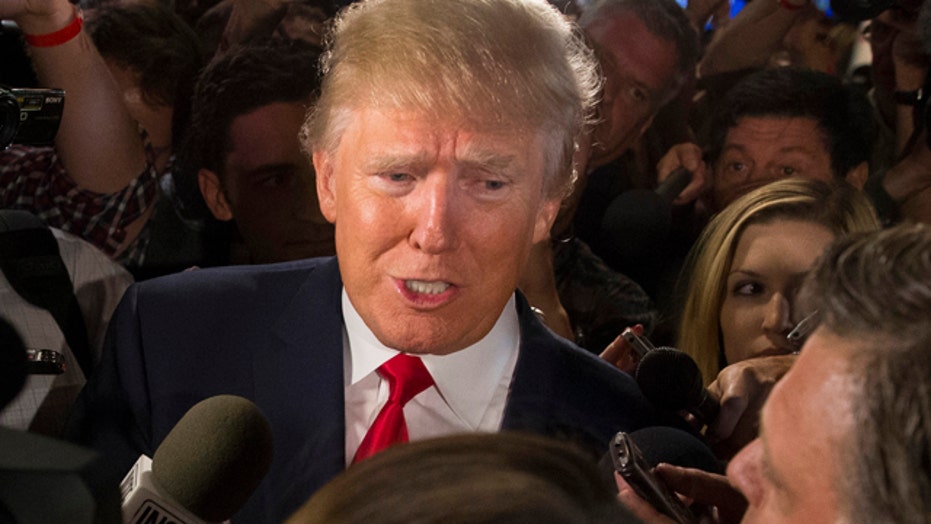 What to do with an estimated 11 million immigrants currently living in the country illegally.

"We're going to have plenty of time to talk about it," he told reporters during a recent trip to the U.S. border with Mexico.

As Trump pushes ahead with an establishment-bucking campaign for the Republican presidential nomination, the real estate developer and former reality TV star's decidedly unconventional approach to politics includes forgoing -- so far -- any substantive discussion of public policy.

Identifying problems and presenting preferred solutions is usually standard operating procedure for candidates for office at any level, perhaps none more so than president. Developing policy is a key role of campaign staff, and the resulting work is touted in speeches and rollouts designed to win headlines and voters alike.

Most of the other candidates for president in 2016 have records of public service, having cast votes as lawmakers or executed policy as governors. Those who lack such time in office, such as retired neurosurgeon Ben Carson, have still staked out clear positions on issues that include health care and managing the economy.

Trump's campaign website provides a detailed account of his many real estate holdings and successful television show, but has no mention what he would seek to accomplish if elected president.

"We're going to release some policy positions here in the near future," campaign manager Corey Lewandowski told The Associated Press. "Mr. Trump has looked at them and has decided that he's ready to release some of them."

But Lewandowski won't say when that might happen, other than "in the very near future." He declined to discuss the policy areas Trump would address, adding, "You'll have to wait and see."

That leaves only Trump's comments as a candidate and his many books as a preview of what's to come. They suggest his approach will largely be about setting broad-based goals, with little to no roadmap for reaching them, and he may lack consistency in both approach and ideology.

On his early calling-card issue of immigration, for example, Trump has advocated for the building of an impenetrable wall across the length of the border with Mexico. He insists he will force the Mexican government to pay for its construction, but won't say how he'll accomplish such a feat of diplomacy.

After refusing to answer questions about what he would do with the millions of people already in the country illegally, Trump recently said during an interview he would deport them all, sort them into groups of "good ones" and "bad ones," and then allow those deemed good to re-enter the country via an "expedited" process.

He and his campaign staff, however, have not yet outlined details such as how a Trump administration would locate those individuals, the criteria for determining good and bad, and how much the plan would cost.

"The idea of large-scale deportations followed by selective re-admissions doesn't seem like a well-developed approach," said Marc Rosenblum, deputy director of the Immigration Policy Program at the non-partisan Migration Policy Institute. "Are you going to go knocking on doors and checking IDs? What is that going to look like?"

The lack of specificity, and Trump's shifting positions over time, also make it hard to predict what his approach might be to an issue of passionate importance to many Republican voters: the fate of the Affordable Care Act.

In his 2000 book, "The America We Deserve," Trump said the U.S. needed universal health care and pointed to Canada's single-payer system as a shining example. "I'm a conservative on most issues, but a liberal on this one," he wrote. A decade later, in 2011's "Time to Get Tough," Trump eviscerated what he now termed "socialized health care" as a jobs and business killer.

None of this concerns Trump's most faithful supporters, who dismiss concerns about his lack of policy specifics or the changes in his ideology over time.

Michael Dunbar, who launched a "Draft Trump" campaign in 1987, said in an interview that he had no idea at that time what platform Trump would run on -- or even what party he was registered with.

"It wasn't so much policy positions," he said. "I believe my sense was that he could just make it happen."