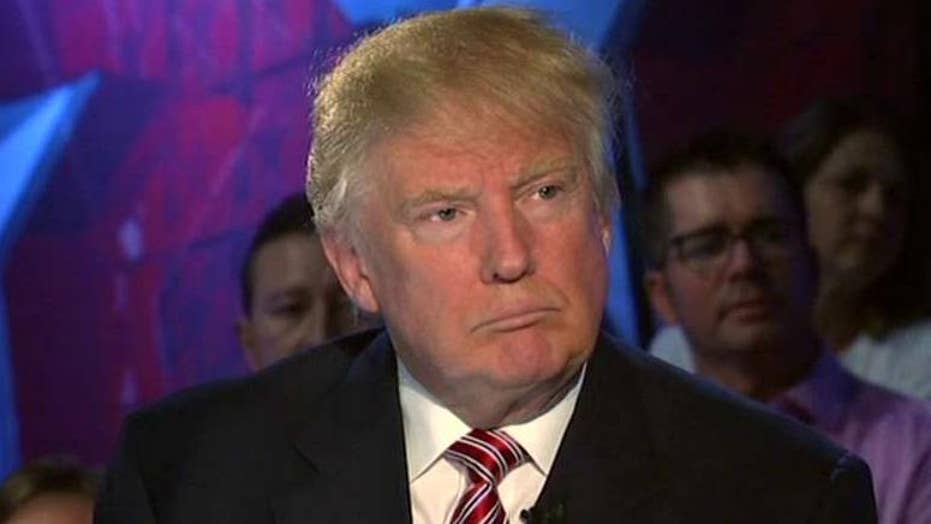 Trump on deportation stance: We want to follow the laws

On 'Hannity,' Republican presidential nominee lays out his plan to combat the illegal immigration problem

During a town hall Tuesday night hosted by Fox News’ Sean Hannity, Trump was asked a question about recent comments made by Peña Nieto in which the Mexican president said he would be willing to meet with whomever is elected to the White House in November.

During his campaign for president, Trump has had particularly rough relations with Mexicans – especially the country’s current and former presidents – after the billionaire businessman made comments last summer stating that Mexico was sending drug dealers and rapists across the border to the U.S. and promising to build a massive wall along the U.S.’s southern border that Mexico will pay for.

Those comments, and many like them in the subsequent months, have caused a number of Mexican dignitaries, including former presidents Vicente Fox and Felipe Calderón, to criticize Trump.

Peña Nieto himself weighed in earlier this year, suggesting that Trump's language was reminiscent to that of dictators Adolf Hitler and Benito Mussolini.

Peña Nieto told the Mexican newspaper Excelsior earlier this year that sort of language has led to "very fateful scenes in the history of humanity."

"That's the way Mussolini arrived and the way Hitler arrived," he added. Peña Nieto also has said that "there is no scenario" under which Mexico would pay for the border wall, as Trump has claimed.

"I hope that prudence and restraint will prevail among the voters there, and at the end of the day there will be a government that we can seek dialogue with, as we have done with the government of the United States," Peña Nieto told Excelsior.

While both Trump and Peña Nieto seem open to meeting, neither appear willing to back down on their stances toward the wall.

During Tuesday’s town hall, Trump reiterated his staunch support of building a border wall and said there are many way to get Mexico to cover the cost of the wall.

“We have a trade deficit with Mexico of close to $60 billion a year,” Trump said. “So right there you can build the wall because the wall is fraction of that.”

Trump’s comments come as the White House hopeful softened his strict stance toward immigration over the last week.

Trump has repeatedly declared that if elected, he would deport the 11 million people living in the U.S. illegally. But he has hedged his stance in recent days, and during the taping he ruminated aloud about the fairness of breaking up families. "There certainly can be a softening because we're not looking to hurt people," Trump said during the town hall. "We want people — we have some great people in this country."

The Republican nominee added that he "would come out with a decision very soon" about deportations.