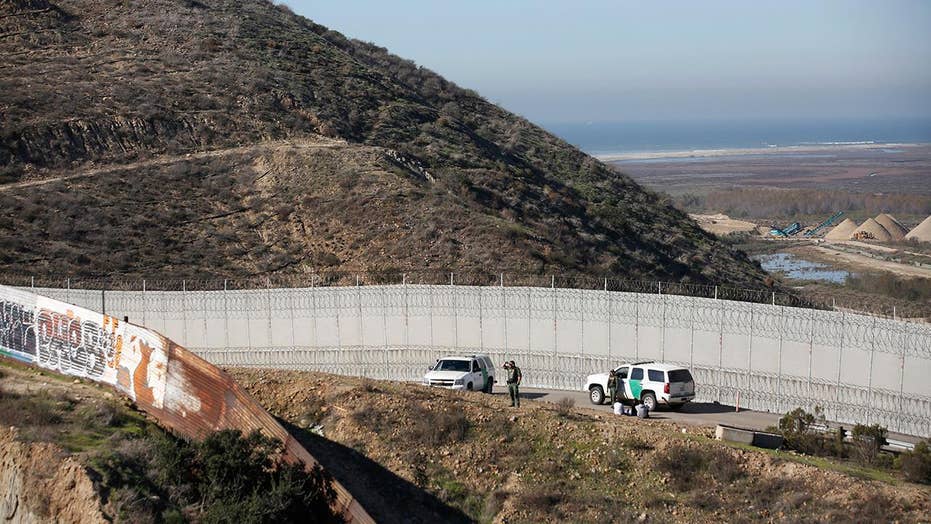 How can the White House and Congress reach a deal? Reaction and analysis from the 'Special Report' All-Star panel.

The Justice Department's divergent handling of the Clinton email and Russia investigations -- avoiding false-statement charges in one, while pursuing several in the other -- could demonstrate an "abuse of prosecutorial discretion," The Federalist senior editor Mollie Hemingway argued on the “Special Report” All-Star Panel Monday night on Fox News.

She discussed the DOJ and FBI's conduct ahead of former national security adviser Michael Flynn's sentencing, set for Tuesday, on a false-statement charge to which he pleaded guilty. Several other individuals also have been charged for false statements in the Russia case -- though no such charges were pursued during the lengthy investigation into Hillary Clinton's private email use while secretary of state.

“We have a really good test case. We have the FBI and the Department of Justice going after Hillary Clinton for breaking the law on classified information in which we saw the Department of Justice and FBI just bend over backwards, you know, giving immunity -- handing it out like candy, getting nothing in return, declining to prosecute anyone for false statements even though a ton of people have made false statements," Hemingway said.

Hours earlier, former FBI Director James Comey was questioned behind closed doors on Capitol Hill, about the bureau's handling of both investigations. Exiting the interview, he bashed Republicans, demanding that they "stand up for the values of this country" amid the attacks against the Department of Justice from President Trump.

Comey has been increasingly critical of congressional Republicans and Trump, blasting the president after he called ex-personal attorney Michael Cohen a "rat" and criticized the bureau for raiding his properties.

“This is from the President of our country, lying about the lawful execution of a search warrant issued by a federal judge,” Comey tweeted. “Shame on Republicans who don’t speak up at this moment – for the FBI, the rule of law, and the truth.”

Hemingway insisted that the “deeper issue at hand” is whether there has been an “abuse of prosecutorial discretion” at the DOJ and FBI.

“You have the FBI going after Cohen and seizing his records … and using this pretext of Russia collusion,” she added, claiming that the “Russia collusion” narrative is “falling apart.”

Washington Post opinion writer Charles Lane, though, backed Comey in his reaction to Trump’s tweet, saying that “not a whole lot” of the president’s claim about the FBI breaking into Cohen’s office was true and that his language and tone is “totally unbecoming of the office.”

“Having said that, I also think it’s kind of extraordinary that Comey over time now has become so enmeshed in this, so partisan. I’m not sure that’s necessarily to his personal benefit,” Lane said. “But on this one, at least on the substance, I think he’s right.”

Fox News Politics Editor Chris Stirewalt told the panel that Cohen, who was sentenced last week to three years in prison for tax evasion and other crimes, “did a lot of bad stuff” related and unrelated to Trump -- and said calls by Republicans for the DOJ to revisit Clinton’s mishandling of her emails and potential wrongdoing at the Clinton Foundation were “all fair.”

“The political predicament for this administration and for this president is the damage done because of the lies told about Stormy Daniels and campaign finance and really relatively minor stuff compared to what we’re talking about with the rest of the investigation,” Stirewalt said. “As in polls have demonstrated clearly, the president’s credibility has weakened, trust in Mueller is up, and as Mueller continues to get results, people are going to be less likely to hear from Trump as the aggrieved party.”