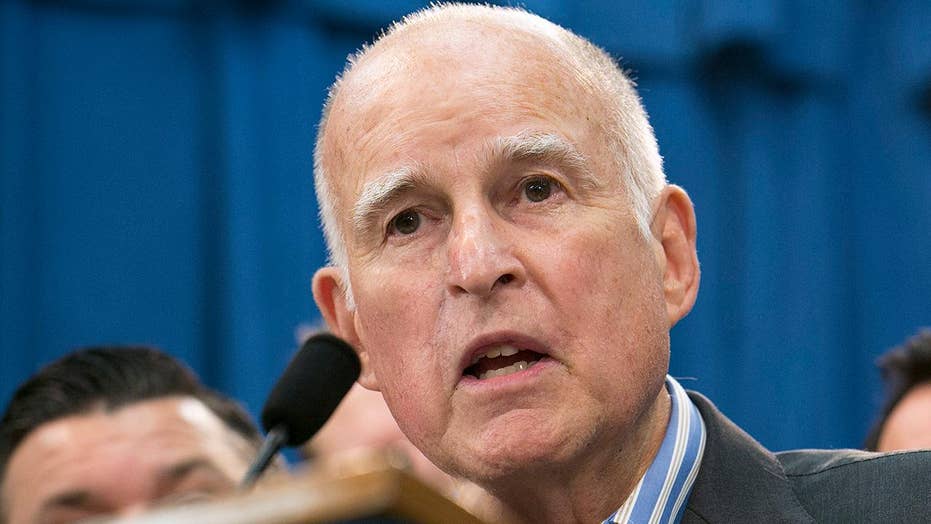 The legislation bars police from sharing information about people with federal immigration agents unless that person has been convicted of certain crimes.

The Department of Justice issued California another stern warning Wednesday - drop its sanctuary state status or remain in violation of federal law and potentially lose out on millions of dollars.

Earlier this month, Gov. Jerry Brown signed a so-called “sanctuary state” bill which basically erects a wall between California law enforcement and federal immigration enforcement officers. The bill forbids California cops from providing release and other information that isn’t publicly available in response to a request for notification from federal law enforcement.

The government has been pushing for notification from local authorities about when they have an undocumented immigrant in custody who has committed a crime, saying to withhold that information, and then release that person onto the streets is putting local communities in danger.

Department of Justice Officials tell Fox News this situation could result with future federal grants being withheld from California, that threat has been a common thread in this ongoing story. However DOJ officials also tell Fox they could “clawback” funds already awarded to the Golden State.

For instance California received more than $18 million in federal grants from the Department of Justice in 2016, funds DOJ officials say could be subject to a “clawback.”

“In early October, the State of California codified into law a requirement that local police release criminal aliens back onto our streets. This law undermines public safety and national security, was opposed by law enforcement, and potentially violates federal law,” said DOJ spokesman Devin O’Malley. “The abandonment of the rule of law evades all common sense, especially given the multiple high-profile incidents that have occurred in California as a result of similar policies. The Justice Department urges California to reconsider these so-called ‘sanctuary policies.’”