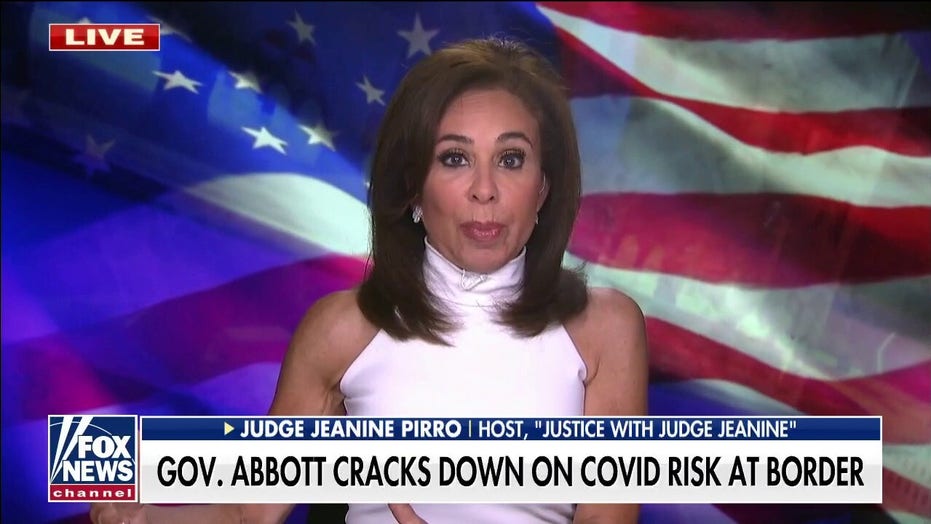 The U.S. Justice Department on Friday filed a lawsuit against Texas and its governor, Greg Abbott, over an order the Republican governor signed barring ground transportation of migrants who could be carrying COVID-19.

In a complaint filed with the U.S. District Court for the Western District in El Paso, the Justice Department said Abbott’s order interferes with the federal government’s ability to deal with immigration.

It followed Attorney General Merrick Garland's threat of legal action Thursday after the governor's order. Garland told Abbott to "immediately rescind" the executive order he called "both dangerous and unlawful."

"The Order violates federal law in numerous respects, and Texas cannot lawfully enforce the Executive Order against any federal official or private parties working with the United States," Garland wrote in a letter to Abbott.

GRAHAM, CUELLAR SUGGEST NEW BIDEN BORDER CZAR AMID SURGE UNDER HARRIS' WATCH: ‘SOMETHING HAS TO CHANGE’

The executive order issued Wednesday by Abbott restricted ground transportation of migrants "who pose a risk of carrying COVID-19 into Texas communities."

Abbott argued his order was necessary to counter the rise in illegal immigration under the Biden administration. He has accused President Biden's border policies of being complicit in the spread of COVID-19.

Texas Department of Public Safety officers work with a group of migrants who crossed the border and turned themselves in Del Rio, Texas.  (AP/File)

"The Biden administration is knowingly admitting hundreds of thousands of unauthorized migrants, many of whom the federal government knows full well have COVID-19," Abbott said in a response to Garland's lawsuit.

"To be clear, the Biden administration is openly pondering looming shutdowns and mandates on U.S. citizens to control the spread of COVID-19, at the same time the Administration is knowingly worsening the problem by importing COVID-19 at extreme rates."

Abbott issued the order a day after police in La Joya, Texas said that migrants in the country illegally, who may have tested positive for COVID-19, had been released from federal custody and placed in a local hotel by a charity, which left them free to wander off. Police learned of the situation when people at a nearby Whataburger complained about a group of sick-looking people not wearing masks as they coughed and sneezed inside the restaurant.

Meanwhile, Texas Attorney General Ken Paxton said the Lone Star state "won’t back down" and vowed to defend the governor’s order and "keep President Biden out of Texas’s business."

The lawsuit escalates tensions between the Biden administration and Abbott over the governor's actions on the border, which have included jailing migrants on state crimes and building new barriers.

The Border Patrol's Rio Grande Valley sector, the busiest corridor for illegal crossings, had more than 8,300 migrants in custody Wednesday, with an average processing time of 57 hours, said Brian Hastings, the sector chief. The sector has released more than 100,000 migrants since Oct. 1, including 9,000 in the last week.

The Homeland Security Department reported that 646 children traveling alone were taken into custody across the Mexico border on Thursday, compared with a daily average of 480 over the previous 30 days.

Fox News' Caitlin McFall and Louis Casiano, plus The Associated Press contributed to this report.