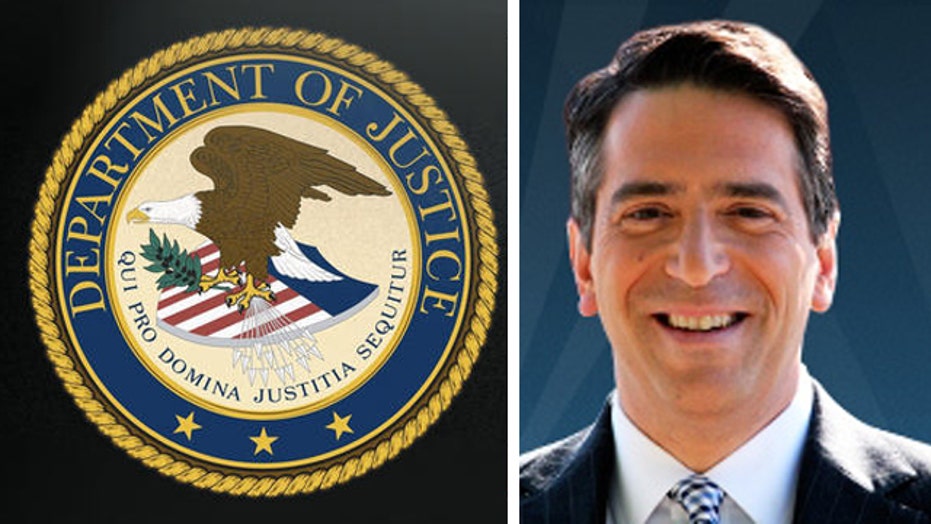 Fox News Latino: Why James Rosen matters to all of us

The Justice Department did more than seize a Fox News reporter's emails while suggesting he was a criminal "co-conspirator" in a leak case -- it did so under one of the most serious wartime laws in America, the Espionage Act.

It's the same law used by the Nixon administration to go after The New York Times and Daniel Ellsberg over the leak of the Pentagon Papers. It's the law used to charge the Rosenbergs, American communists, for allegedly passing secret information to the Soviet Union -- they were executed for the offense in 1953.

One Washington attorney, who represents two defendants recently charged under that World War I-era law, told FoxNews.com that the decision by the Justice Department to invoke it in the current case is "beyond chilling" -- and could set a dangerous precedent for going after reporters.

"This kind of puts us into the deep freeze," attorney Jesselyn Radack said. "I feel like we're back to the Dark Ages."

In the case involving Fox News, a government adviser was accused of leaking information after a 2009 story by Fox News' James Rosen was published online which said North Korea planned to respond to looming U.N. sanctions with another nuclear test.

Court documents, which were filed in 2011 and surfaced earlier this week, show the Justice Department made a series of claims against Rosen in the course of seeking a search warrant for his personal emails.

In an affidavit, FBI agent Reginald B. Reyes claimed there's evidence the Fox News correspondent broke the law, "at the very least, either as an aider, abettor and/or co-conspirator."

That line cited a section of the U.S. Code that falls under the Espionage Act -- pertaining to the unauthorized gathering and transmitting of defense information. The section carries with it a sentence of up to 10 years in prison.

A federal law enforcement official stressed to FoxNews.com that, as stated in the affidavit, the Privacy Protection Act governs when warrants can be executed regarding journalists' materials. And that act requires the government to show "probable cause" of a criminal offense.

"In order to obtain the search warrant, the Privacy Protection Act required the government to set forth factual assertions concerning the reporter's conduct and the conclusion that there was probable cause to believe that the reporter had committed a criminal offense to which the materials related, including" possession of defense information, the official said.

The official noted that saying there is probable cause and actually charging someone are very different.

"No reporter has been charged in this case," the official said. "And, at this time, we do not anticipate bringing additional charges against anyone in this matter."

The administration has come under criticism before for using the Espionage Act to prosecute leakers and whistle-blowers. Under the Obama administration, federal prosecutors have used the act six times.

After details on the case involving Fox News were made public, the White House said President Obama believes reporters should not be prosecuted for doing their jobs. Attorney General Eric Holder made similar comments during Hill testimony last week.

Though Rosen was never charged with any crime, Radack said the feds are using a "very dangerous shortcut" if they only invoked the Espionage Act in order to access his emails.

"That means he's a target of a federal criminal leak investigation on one of the most serious charges that can be leveled against an American," she said. "It is a huge problem."

She added: "We should take a hard look at how the Espionage Act, a favorite tool of Nixon, is being used to go after any organization who's saying things the administration doesn't like."

The affidavit in this case, she said, groups journalists in the same category as whistle-blowers and "hack-tivists."

Radack, director of national security and human rights with the Government Accountability Project, represented former National Security Agency official Thomas Drake, who was charged under the act but eventually got the charges dropped, and CIA official John Kiriakou, who is currently serving time.

The latter case has drawn intense interest from watchdog groups and other arms of the media.

Joe Newman, spokesman for the Project on Government Oversight, said the Espionage Act is a "sledgehammer" and not "something that should be used capriciously."

Mike Cavender, director of the Radio Television Digital News Association, said in a statement that even though Rosen was not -- and is not expected to be -- charged with a crime, the fact his movements were tracked "will only serve to further drive away sources from reporters for fear their conversations are not likely to remain confidential."

He said the government has shown "little regard" for press freedom in pursuing leak cases under the Espionage Act and involving journalists in the process.

Though some watchdog groups claim being charged under that law is tantamount to being branded a "traitor," the Justice Department rejects that argument.

The department has argued in the past that the act has many provisions -- including the disclosure of classified information, which is not by itself an espionage charge.