The Department of Justice announced Wednesday that it is ending its "China Initiative" program that was aimed at preventing spying by the Chinese Communist Party, and launching a new, "broader approach."

The China Initiative was started in 2018 under the Trump administration to protect U.S. national security against Chinese spying on U.S. intellectual property and in academia. The DOJ website said it was aimed at "identifying and prosecuting those engaged in trade secret theft, hacking, and economic espionage," as well as "protecting our critical infrastructure against external threats through foreign direct investment and supply chain compromises."

That program is coming to an end. In its place, the DOJ is instituting a new "Strategy for Countering Nation-State Threats."

"Our goal with this strategy is to take a comprehensive approach that draws on the full extent of our tools and authorities to address the alarming rise in illegal activity from hostile nations," Assistant Attorney General Matthew Olsen of the DOJ's National Security Division said. "This includes growing threats within the United States and to Americans and U.S. businesses abroad."

"These nations seek to undermine our core democratic, economic, and scientific institutions," he continued. "And they employ a growing range of tactics to advance their interests and to harm the United States. Defending American institutions and values against these threats is a national security imperative and a priority for the Department." 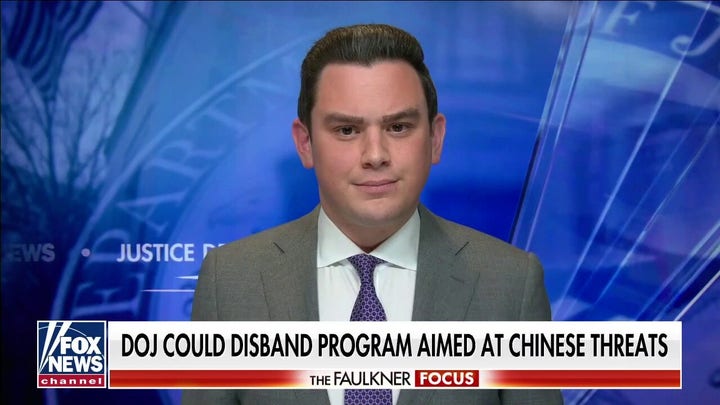 Olsen insisted that the new approach does not mean that the agency is losing sight of the threat China poses.

"Make no mistake, we will be relentless in defending our country from China," Olsen said.

DOJ had been conducting a review of the China Initiative and changes were expected. The DOJ was concerned that the old program stoked anti-Asian bias after receiving input from the Asian American community.

Attorney General Merrick Garland speaks at the Department of Justice on Jan. 5, 2022 in Washington. (Photo by Carolyn Kaster-Pool/Getty Images)

Attorney General Merrick Garland and the Biden administration had been under pressure from activists and faculty at some universities over the effort. They said it was harming U.S. competitiveness in research and disproportionately targeting people based on race.

Protesters stood outside the DOJ last month saying the initiative unfairly targeted Chinese professors, and nearly 200 Yale professors recently signed a letter to Garland asking him to end the initiative.

A former Justice Department official lamented that the U.S. "stopped fighting for the China initiative on Jan 20, 2021," the day President Biden took office.

The former official told Fox News China was successful in framing the issue as one of racial bias, and that the U.S. stopped trying to counter this.

"We gave up. You know the champagne corks will be popping at CCP offices. They won the disinformation campaign," the former official said.

"The mere perception of that type of bias undermines our work," Olsen said, despite not finding evidence of such bias in his review of the program.

An FBI spokesperson said China remains a priority, however:

"The threat from the Chinese government stands apart. No government poses a broader, more severe threat to our ideas, innovation, and economic security than the government of China does. Together with the Department of Justice and our other partners in the U.S. government, the private sector, and around the world, we will remain relentless countering the Chinese government in the long fight already underway, using every lawful weapon at our disposal – one of which will remain our adherence to the rule of law."

Left-leaning think tank Brennan Center for Justice argued earlier this year that the initiative should be ended, in part because it hurts the U.S. by scaring away Chinese and Chinese-American scientists. 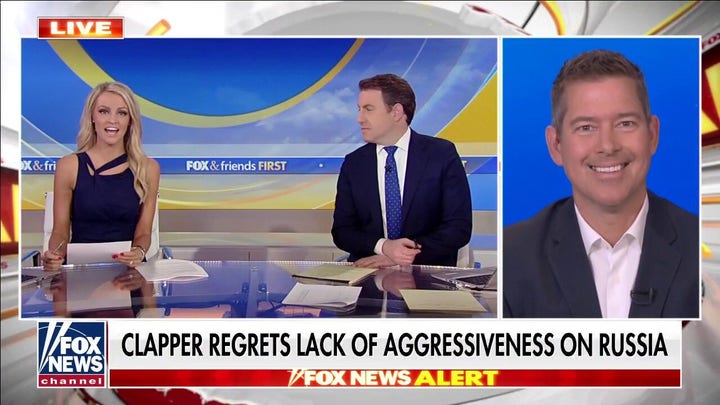 "To be clear, China poses a legit­im­ate threat of espi­on­age that the Justice Depart­ment and FBI must take seri­ously," Brennan Center authors Michael German and Alex Liang said. "But too often, the Justice Depart­ment has brought cases under the China Initi­at­ive that have not targeted espi­on­age or intel­lec­tual prop­erty theft by Chinese spies but minor admin­is­trat­ive viol­a­tions by scient­ists of Chinese ances­try who are not suspec­ted of affil­i­ation with the Chinese govern­ment."

Congress is currently trying to pass legislation to combat China, though there is significant disagreement between House Democrats and Senate Democrats about what should be included. Congressional leaders are indicating they hope to reach some sort of compromise in the coming months to get the China competition bill to the president's desk.