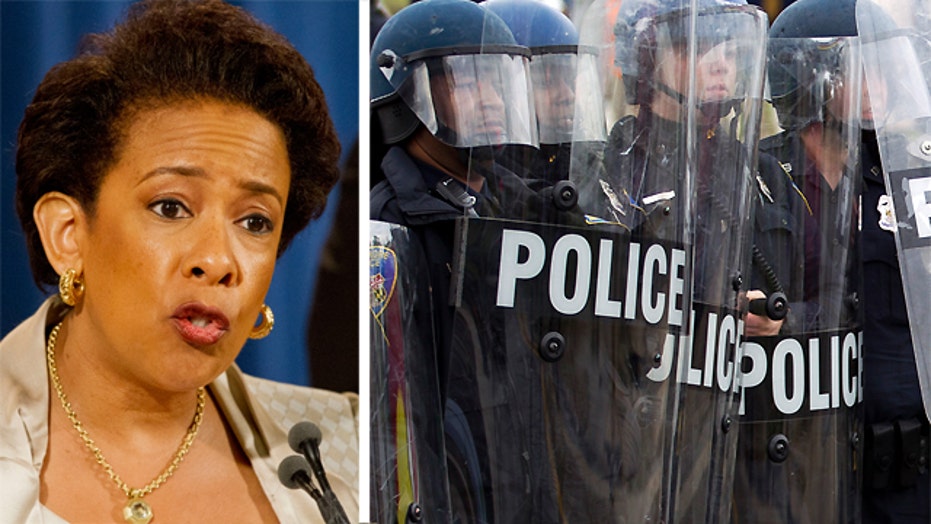 WASHINGTON – Attorney General Loretta Lynch announced Friday the Department of Justice will launch a civil rights investigation into the practices of the Baltimore Police Department.

"This investigation will begin immediately and will focus on allegations that Baltimore Police Department officers use excessive force including deadly force, conduct unlawful searches, seizures, and arrests, and engage in discriminatory policing," Lynch said.

The unrest in Baltimore last week, and the tensions it exposed between the police and community, is the first major test of Lynch's tenure.

“Our goal is to work with the community, public officials, and law enforcement alike to create a stronger, better Baltimore,” Lynch said.

Lynch was sworn in last week as the successor to Eric Holder, whose final year as attorney general was consumed by matters of race relations and law enforcement.

Baltimore Mayor Stephanie Rawlings-Blake initially appeared determined to fix the department's problems herself, but later said she would accept outside help to repair a breakdown in public trust in a city rocked by riots sparked by the death of Freddie Gray, a black man who was fatally injured in police custody. Six officers were charged last week by Baltimore's top prosecutor.

Lynch, who visited the city earlier this week, said Baltimore had made significant strides in a voluntary, collaborative reform effort with the Justice Department that began last fall. But, appearing before members of Congress on Thursday, she said, "I have not ruled out the possibility that more may need to be done."

The civil rights investigation, similar to ones undertaken in cities including Ferguson, Missouri, and Cleveland, will examine the policing patterns and practices of the entire police department. It is far broader in scope than a separate Justice Department investigation that aims to determine whether Gray's civil rights were violated.

Baltimore suffered days of unrest after Gray died April 19 following a week in a coma after his arrest. Protesters threw bottles and bricks at police the night of his funeral on April 27, injuring nearly 100 officers. More than 200 people were arrested as cars and businesses burned.