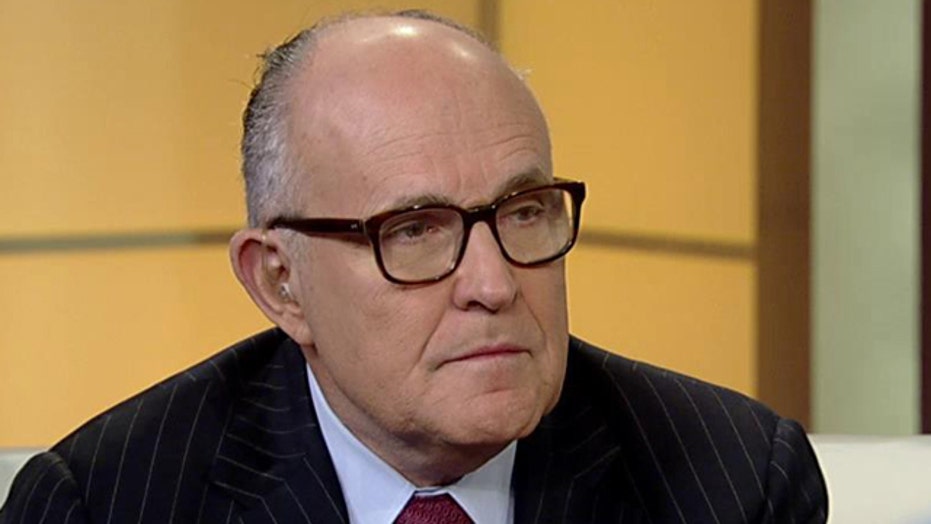 “What I am saying, is in his rhetoric, I very rarely hear him say the things I used to hear Ronald Reagan say, the things I used to hear Bill Clinton say about how much he loves America,” Giuliani said. “I do hear him criticize America much more often than other American presidents. And when it’s not in the context of an overwhelming number of statements about the exceptionalism of America, it sounds like he is more of a critic than he is a supporter.”

He said he didn't mean to question Obama's patriotism.

During Wednesday’s fundraiser at the upscale 21 Club in Manhattan, Giuliani told a group of 60 business executives and conservative media figures that he does “not believe that the president loves America,” Politico reported.

Giuliani also took Obama to task over his foreign policy decisions and public remarks the president has made about violent extremism.

His remarks quickly drew a rebuke from Democrats. Democratic National Committee Chairwoman Rep. Debbie Wasserman Schultz on Thursday called on Republican presidential candidates to reject the comments made by Giuliani.

“Now is the time for its leaders to stop this kind of nonsense,” Schultz said.

She added, “One of the Republican frontrunners was sitting just feet away and didn’t say a word,” she said, in reference to Walker. “I would challenge my Republican colleagues and anyone in the Republican Party to say: Enough. They need to start leading.”

Schultz said that while she doesn’t often agree with her Republican colleagues on Capitol Hill, she knows “they love America.”

Calls made by FoxNews.com to Walker’s campaign were not immediately returned.