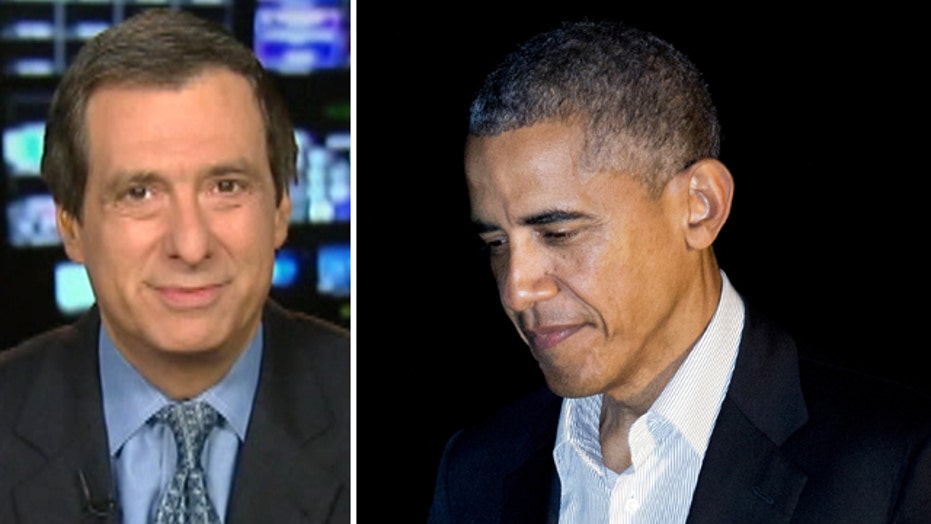 It’s become a staple of political coverage: “President Obama’s approval rating has sunk to a new low, signaling a growing lack of confidence”…you know the drill.

But what if those numbers aren’t as important as we’ve all been conditioned to believe?

What if low approval ​is the new normal for occupants of 1600 Pennsylvania?

I’m not sold on this argument, but it’s emerged as a line of defense for the embattled incumbent, whose average approval rating in recent surveys is 42 percent, according to Real Clear Politics.

The Beltway is buzzing over this hypothesis, advanced by Paul Krugman in Rolling Stone.

Now it’s hardly surprising that the liberal New York Times columnist and Nobel-winning economist would come to Obama’s defense. In fact, the bulk of his piece is about how the president has done a far better job than is generally believed.

Krugman sees three types of Obama-bashing. One is “the onslaught from the right, which has never stopped portraying him as an Islamic atheist Marxist Kenyan.”

Another comes from the left, “where you now find a significant number of critics decrying Obama as, to quote Cornel West, someone who ‘posed as a progressive and turned out to be counterfeit.’”

And finally, what gets under Krugman’s skin is “the constant belittling of Obama from mainstream pundits and talking heads. Turn on cable news (although I wouldn't advise it) and you'll hear endless talk about a rudderless, stalled administration, maybe even about a failed presidency. Such talk is often buttressed by polls showing that Obama does, indeed, have an approval rating that is very low by historical standards.”

Well, things haven’t been going real well for this president, especially over the last year. But let’s now look at the approval-rating question.

“There are a number of reasons to believe that presidential approval doesn't mean the same thing that it used to: There is much more party-sorting (in which Republicans never, ever have a good word for a Democratic president, and vice versa), the public is negative on politicians in general, and so on. Obviously the midterm election hasn't happened yet, but in a year when Republicans have a huge structural advantage – Democrats are defending a disproportionate number of Senate seats in deep-red states – most analyses suggest that control of the Senate is in doubt, with Democrats doing considerably better than they were supposed to. This isn't what you'd expect to see if a failing president were dragging his party down.”

That last part is not very persuasive. If Democrats are hanging on in the Senate shootout, it’s in spite of Obama, not because of him. Alison Lundergan Grimes, who is challenging Mitch McConnell, embarrassed herself by refusing to tell the Louisville Courier-Journal whether she even voted for Barack Obama. Krugman’s own paper, the Times, front-paged a story on how the Democratic Party has benched Obama in the midterms, with few candidates this side of Illinois Gov. Pat Quinn wanting him to come in and campaign.

But it’s not hard to believe that deep divisions in the country have made sky-high presidential popularity a relic of an earlier era.

“As our tendency to see everything through which partisan glasses we wear has both increased and distanced us from people with whom we disagree, the way in which presidents are perceived has followed suit. Every year, Gallup gathers its data to compare the relative views of presidents by party.  Of the 12 most polarized years -- defined as the years with the largest gaps between how the two parties see the president -- in Gallup's history, 10 of them have come during the tenures of George W. Bush and Barack Obama…

“Sixty percent-plus approval ratings -- unless they come at the very start of a presidency or in the wake of a national disaster or tragedy -- are things of the past for as long as the current partisanship gripping the country holds on. Given how vast the gap is between how the two parties view the right next steps for the country -- not to mention how negatively they view the other side -- it's impossible to imagine a president enjoying any sort of broad (or even narrow) bipartisan support for any extended period of his or her presidency.

“Increasingly, there are two political countries in the U.S.. One, a liberal one, is governed by Barack Obama. The other lacks a clear leader but views itself as at war with Obama's America.  And, there's no reason to think that if, say, Florida Republican Sen. Marco Rubio gets elected president in 2016, things will be any different. Rubio will be president of a conservative America. The liberal America will see itself in diametric opposition to that America.”

But it’s also true that journalists are way too addicted to fleeting polls as a measure of presidential health—and that greatly colors the coverage. If the nation’s leader takes on difficult challenges, his approval goes down as he alienates a swath of the country. If he steers a middle course, his approval may languish because he has disappointed his most fervent supporters. Fleeting controversies that barely register in history’s verdict may cause a temporary depression in poll numbers.

By any yardstick, Obama is not terribly popular right now. But we in the press need to find some broader measures of how a president is faring.​