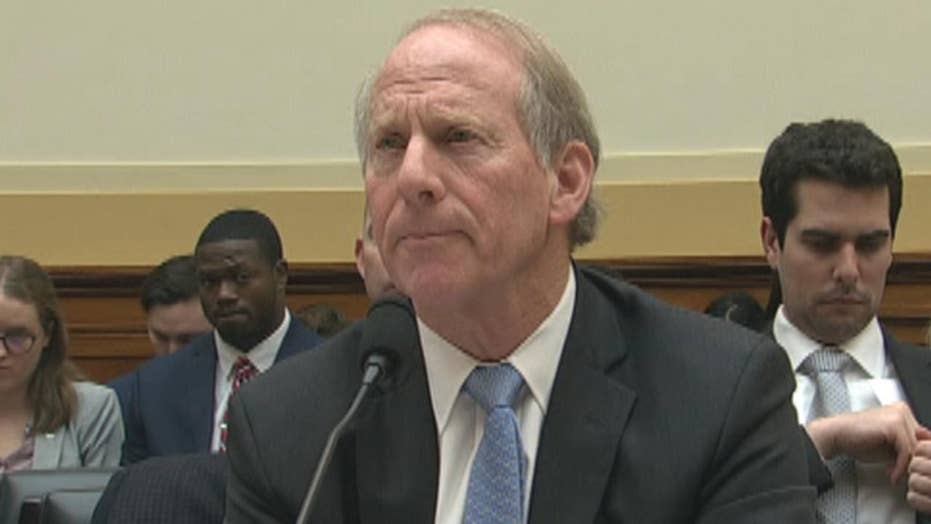 Richard Haass: 'The time is right' for diplomacy with Iran

Raw video: President of the Council on Foreign Relations Richard Haass explains why he thinks now could be a good time for diplomacy with Iran at House Foreign Affairs Committee hearing.

Richard Haass, president of the Council on Foreign Relations and former State Department official under President George W. Bush, told Congress Tuesday that the Trump administration's "maximum pressure" campaign against Iran has been more effective than many expected, and could very well lead to a new nuclear deal with international support.

Haass was among the panelists at the House Foreign Affairs Committee's hearing on President Trump's Iran policy. The early part of the hearing was largely focused on slamming Trump's military actions, specifically the airstrike that killed Iranian Gen. Qassem Soleimani, but Haass expressed optimism that the administration's sanctions against the Islamic nation have been strong enough to potentially bring Iran back to the negotiating table.

"I think the sanctions have had much more of an effect than people predicted,” Haass said, even admitting, "I underestimated quite honestly what unilateral sanctions in this regard could accomplish." He then added that the sanctions may have created a window of opportunity.

"It’s just possible that we’re approaching a moment in Iranian history where the sanctions are having sufficient impact where there might be a greater willingness on the part of the Iranian authorities to compromise,” he explained, comparing the current situation to the late 1980s, when Iran agreed to end its war with Iraq.

"I think the time is right to put forward an initiative," Haas said, suggesting that "we would have significant multilateral backing" for a proposed new agreement with Iran, even from Russia and China. Such a deal could include terms about restrictions on nuclear activity and missiles, in exchange for sanctions relief.

Haass said that the offering of a deal and the public discussion of such an agreement would also put pressure on Iran because it would force them to answer to the Iranian people if they choose to reject a measure that could improve their standard of living for the sake of a nuclear program.

Britain, France, and Germany threatened additional sanctions against Iran Tuesday, citing "growing violations of the nuclear agreement," which the three Europeans signed in 2015 and have not withdrawn from — as the U.S. has.

Haass said he is encouraged by recent developments in Europe. "It shows we're not alone here," he said. "I think we've got real partners there on dealing with Iran."

Secretary of State Mike Pompeo was invited to testify, but he declined. Committee Chairman Rep. Eliot Engel, D-N.Y., noted that Pompeo was in California, but warned that if he does not cooperate with them going forward, they may take action to compel him to do so.

"If Secretary Pompeo is not going to cooperate with the committee then we will consider very strongly taking other actions in the future, including subpoenas," Engel said.