Immigration hawks slammed the border security compromise President Trump signed into law Friday for containing last-minute provisions that they argued give "amnesty" to many – but a Department of Homeland Security official insisted to Fox News that’s a misunderstanding of the bill.

The amnesty claim was made by lawmakers and conservative commentators.

"This 'deal' provides de facto amnesty for anyone claiming to be even in the household of a potential sponsor of an unaccompanied alien minor," Rep. Chip Roy, R-Texas, wrote on Twitter Thursday.

That ‘amnesty’ claim is based on section 224 of the budget -- which appears, on first glance, to block the deportation of many people who are illegally in the U.S.

But a DHS official told Fox News that terms like "potential sponsor" have precise meanings in Department of Homeland Security regulations -- meanings that severely limit the number of people the budget keeps safe from deportation. 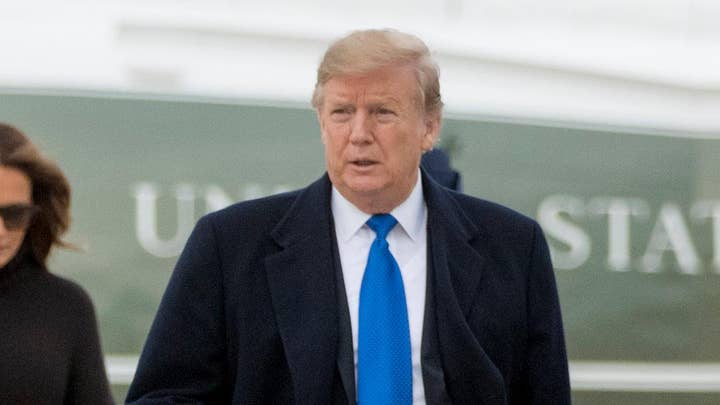 For example, to be a "potential sponsor" according to the DHS regulations, one must file significant paperwork -- such as showing ID (U.S. or foreign) and proof of residency. The adult applying must also submit documents about the child.

Further, because the bill only applies to kids who are unaccompanied, it does not provide protection for those bringing kids into the US.

That would significantly limit the number of people to whom the no-deportation provision applies.

The section was added to ensure that people coming to pick up kids in custody did not find themselves deported for showing up to pick up the kid.

Chris Chmielenski, the deputy director of NumbersUSA, which fights for lower immigration levels and which urged President Trump to veto the budget, told Fox News that the provision is still problematic despite DHS’s clarifications.

“We still have some serious concerns about the provision,” Chmielenski told Fox News. “It still protects these sponsors and/or relatives who make it into the US. That’s not a precedent we should be setting.”

He noted that, despite the paperwork DHS demands of someone to become a “potential sponsor,” some might still try to game the system and that it could still encourage “unaccompanied” kids to be sent over the border. 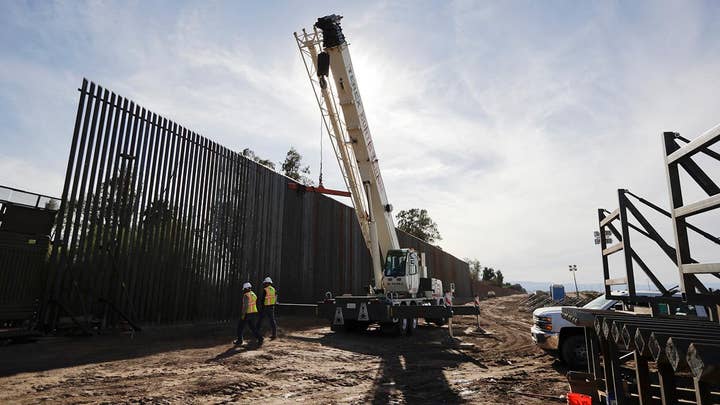 “We would prefer this wasn't in there. We would also hope this is something that expires at the end of fiscal year,” he said.

The provision in the budget will be replaced by whatever the next budget says.

Another major alleged “poison pill” that may be misunderstood is a clause requiring the federal government to "confer and seek to reach mutual agreement" with local governments before building any wall.

The Center for Immigration Studies, which favors lower immigration levels, tweeted that “the spending bill would give local governments in the Rio Grande (all of which are *heavily* Democratic) the ability to veto the fence. If those blue municipalities don't agree with DHS, the fence can't get built.”

But the DHS official told Fox News on background that the exact language in the budget -- "confer and seek to reach mutual agreement" – nowhere requires the federal government to actually reach an agreement before building fences.

Rather, it just requires DHS to consult with local governments – something DHS already generally does, the official noted.

Mark Krikorian, the director of the Center for Immigration Studies, says he remains skeptical.

“I hope DHS is right, I just think it’s wishful thinking,” he told Fox News. “Do you really want to bet that a judge won’t read that differently?”

But Trump allies say that the information from DHS shines light on why Trump ultimately signed the bill after reviewing it. Some warned about “disinformation” on Thursday.

“Just spoke with the White House. There will be NO Amnesty and NO path to citizenship,” Sebastian Gorka, a former deputy assistant to President Trump and a Fox News contributor, tweeted Thursday.

Another matter of contention is that the budget authorizes 45,000 ICE detention beds; an increase from the past budget which paid for 40,520 beds, but less than the number of detention beds ICE actually has.

However, the number of beds authorized by Congress does not actually force ICE to reduce its number of beds, as they can use money from other parts of the budget.

Gorka says the claims of the sky falling are overblown, and also told Fox News that it was silly to call anything in the budget “amnesty” because it’s just an annual budget.

“How is a funding bill that expires before the end of the fiscal year able to create conditions for a lasting ‘amnesty?’” Gorka said.