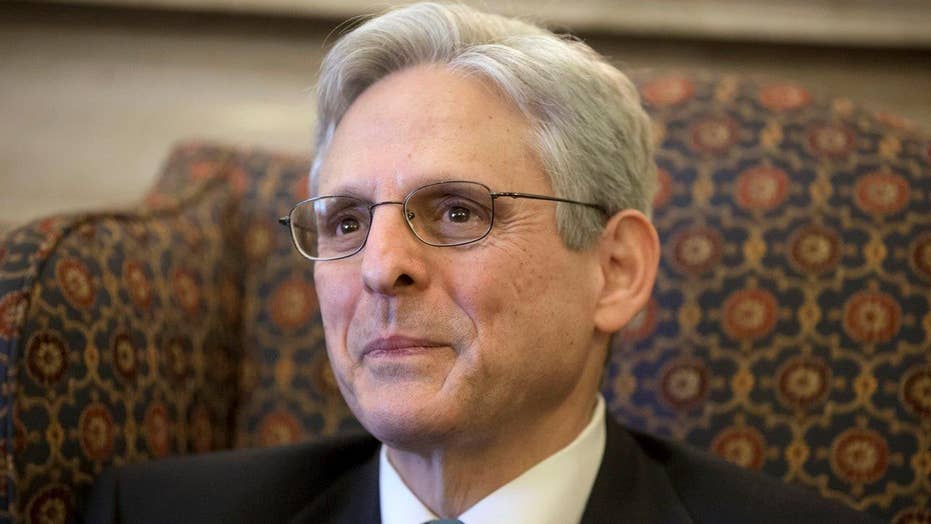 Supreme Court nominee Merrick Garland may never score a lifetime appointment to the highest court in the land. Perhaps he’s at least deserving of a lifetime supply of chai lattes from Cups, the coffee shop located in the basement of the Russell Senate Office Building.

And yet the Berlin Wall erected by Republicans to block Garland from ever creeping close to confirmation is barely in need of caulk – even though some Democrats will try to tell you otherwise.

So what can Democrats do? Parade Garland around some more and hope for the best.

And then there is Senate Rule XVII (17). Something Senate Minority Leader Harry Reid, D-Nev., referred to as “the procedural stuff.”

“There are many procedural things we can do. That's one thing we can do. Certainly, we've got that in our arrow quiver,” said Reid.

Fox News is told Democrats won’t resort to any of “the procedural stuff” any time soon. And even if they do, chances for success are practically nil.

Senate Rule XVII is what’s called a “motion to discharge.” When President Obama nominated Garland, the nomination went administratively to the Senate Judiciary Committee. And that’s where it will languish until the committee decides to take action.

That is, unless a senator is able to successfully discharge Garland’s nomination from the Judiciary Committee and dispatch it to the floor. Of course, that’s to say nothing of mustering a Senate supermajority to overcome a procedural filibuster – let alone engineering a simple majority for confirmation.

Here’s how a motion to discharge campaign might play out:

Moreover, the Senate just doesn’t drop everything and immediately start an executive session. Such a request likely consumes a calendar day to lay over. In other words, if someone makes the request to go to executive session on a Monday, nothing happens until Wednesday. Moving into executive session entails a vote needing 51 yeas. Failure to secure a simple majority short-circuits the enterprise right there.

See how dicey this is?

At that point, the Senate reverts to more “conventional” rules. Sixty votes are required to break a filibuster and stop all debate on the nomination. If the Senate clears that bar, senators finally need but a simple majority (51 yeas) to confirm the nominee.

Very complicated. Plus, it’s exceptionally challenging considering the fact that only 46 senators caucus with the Democrats right now. The Democrats could pick up a defection or two to inch close to 50. But two rounds of 60 votes loom large. There’s no indication yet Garland supporters could even get to 51 let alone 60.

When it came to the tortured parliamentary scheme just to pry Garland’s nomination out of committee, Senate Majority Whip John Cornyn, R-Texas, said Democrats were “trying to exhaust all possibilities.” He described the compound process as “a desperate move.”

It’s unclear if Democrats may ever resort to this excruciating route. But other than escorting Garland around the Senate all day, “the procedural stuff” is about all Democrats have at their disposal.