A deported U.S. Army veteran from Los Angeles, who was pardoned for a crime by California Gov. Jerry Brown, was to be sworn in as an American citizen Friday.

Barajas was a lawful permanent resident in 1992 as teenager. After high school, he enlisted in the Army and served in the 82nd Airbourne Division, the report said.

He reportedly could have applied to become a naturalized citizen, but he incorrectly assumed that his military service made that automatic.

In 2001, he was honorably discharged from the military, but his problems soon began after returning to civilian life, the Washington Times reported.

Barajas reportedly could have applied to become a naturalized citizen, but he incorrectly assumed that his military service made that automatic. (Associated Press)

He had a DUI conviction in 2001. In 2002, he pleaded no contest to shooting at an occupied vehicle and served more than a year in prison, the report said. He was then deported to Mexico in 2004.

“That was 15 years ago, the incident. I’m more mature now, older. We all make mistakes,” he said, according to the Times. “I’m almost 100 percent sure I’m not going to make a mistake as stupid as that was, putting myself in a situation.”

“That was 15 years ago, the incident. I’m more mature now, older. We all make mistakes.”

In 2013, Barajas founded the Deported Veterans Support House in Tijuana, known as “The Bunker,” the Daily News reported.

In April 2017, Brown, a Democrat, pardoned Barajas, saying the veteran “has shown that since his release from custody, he has lived an honest and upright life, exhibited good moral character and conducted himself as a law-abiding citizen,” the San Diego Union-Tribune reported. 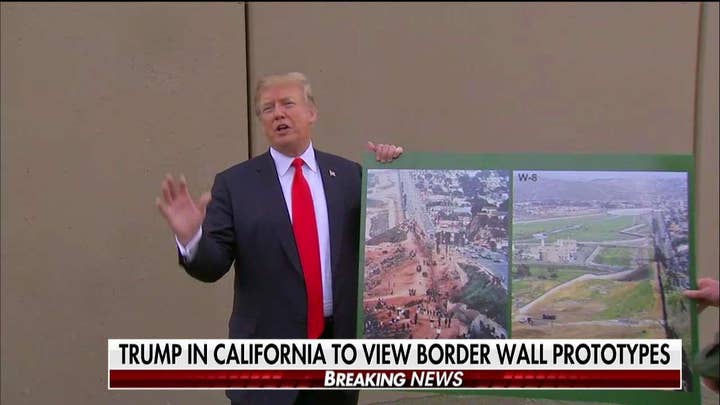 But critics say that Barajas, and others like him, are taking advantage of loopholes in order to circumvent immigration-law penalties.

“It seems a travesty to be granting pardons to violent foreign criminals, merely because they spent time in our armed forces,"  Matthew J. O’Brien, director of research at the Federation for American Immigration Reform, told the Washington Times. "Especially in light of the fact that most of them remain subject to deportation specifically because they failed to seek U.S. citizenship.”

"It seems a travesty to be granting pardons to violent foreign criminals, merely because they spent time in our armed forces."

President Donald Trump has also been critical of Brown's pardons of illegal immigrants who have been convicted of crimes.

On March 31, after Brown announced five such pardons, Trump tweeted: "Governor Jerry “Moonbeam” Brown pardoned 5 criminal illegal aliens whose crimes include (1) Kidnapping and Robbery (2) Badly beating wife and threatening a crime with intent to terrorize (3) Dealing drugs. Is this really what the great people of California want?"

Barajas applied for U.S. citizenship before receiving the pardon from Brown, the Union-Tribune report said.

He is one of at least three deported veterans whom Brown pardoned last year, the Washington Post reported.

He also has a middle-school-age daughter named Liliana who lives in Los Angeles, the Union-Tribune reported. 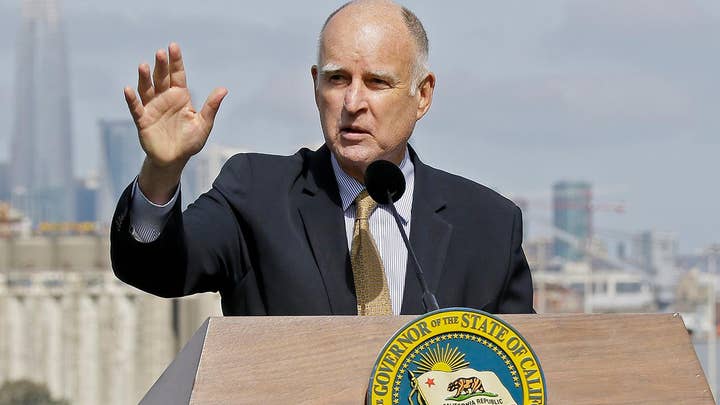 “I have devoted my life to the United States and its veterans. All I want is to be home with my family and my daughter,” said Barajas, “The most important thing is family.”

His daughter was born after he was deported, the Post reported.

“I have a responsibility to my daughter, to make sure she gets to college,” he said.