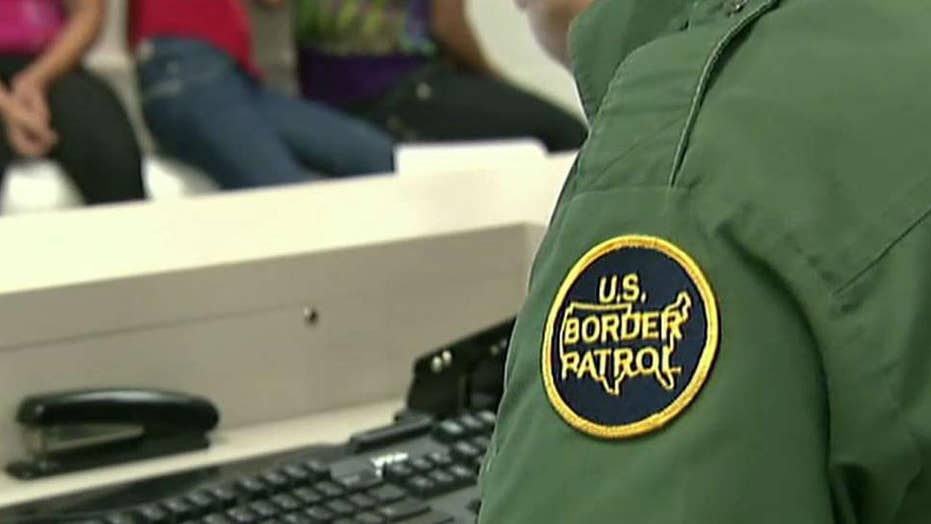 William La Jenuesse has more on the numbers

Deportation orders have jumped 31 percent this year compared to last year, according to numbers released by the Justice Department.

The numbers, released Tuesday, are an indication President Trump is carrying out his pledge to get tough on illegal immigrants.

From February 1 to the end of July, there were 57,069 illegal immigrants who were either deported or left voluntarily. That’s a 31 percent increase from the same time period last year, when there were 43,595 deportations or self-deportations.

At the same time, those allowed to stay in the U.S. declined by 21 percent, the figures showed.

The Justice Department also touted that under Trump, the notoriously backlogged immigration court system –- which sometimes had people wait years for a hearing – was returning to the “rule of law.”

The president has vowed to speed deportations and cut down on the growing backlog of cases. He issued an executive order in January calling for a national crackdown. After Trump issued the order, the Justice Department dispatched dozens of immigration judges to detention centers across the country and hired an additional 54 judges. The agency said it has continued to hire more immigration judges each month.

“I think they're going to again proclaim Donald Trump to be the deporter in chief of the United States,” said Andrew “Art” Arthur, a former immigration judge, “when in reality this is simply a return to the way immigration law was enforced for decades.”

In the previous administration, President Barack Obama granted sanctuary to some 2,400 men, women and children a month if they had not committed a violent crime.

But that’s not the case under Trump. Last week, he deported two high school students back to El Salvador. Business owners, community leaders and even students in the country illegally are now being told to leave the country.

“This administration has shut the door on that,” said Nick Katz, a lawyer for the immigration advocacy CASA de Maryland, “[it’s] decided to detain them and deport them.”

Thomas Homan, acting director of Immigration and Customs Enforcement, said all the administration is doing is fixing a system that has long been broken.

Trump’s deportation rhetoric seems to have deterred Central American immigrants from seeking asylum, a status many previously enjoyed. But that’s changing, according to law enforcement sources, as the arrests in the Rio Grande Valley have increased from 100 a day to 400.

Homeland Security says that all across the border, arrests in July jumped to 18,198, a slight increase from June, when there were 16,087 arrests.

Experts say the numbers show Trump was serious when he vowed to crack down on illegal immigration.

“This is exactly the sort of enforcement President Trump has promised and these numbers bare out the effectiveness of the policies that he has put into place thus far,” Arthur said, “to round up, to identify and remove individuals… who are unlawfully present in the United States.”