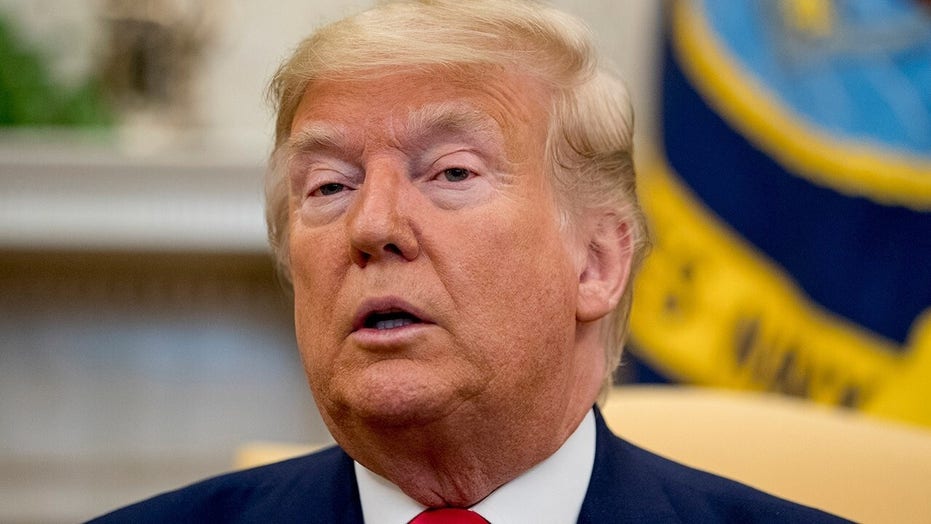 The president says it is still safe to have large gatherings of his supporters amid growing concerns over the coronavirus spread; Kristin Fisher reports from the White House.

CdeBaca, apparently posting in jest, had retweeted a meme that said: “For the record, if I do get the coronavirus I’m attending every MAGA rally I can.”

CdeBaca, based on her Twitter posts, appears to be a supporter of self-described democratic socialist Sen. Bernie Sanders, I-Vt., one of the leading candidates for the Democratic presidential nomination.

Republicans quickly hit back, coming amid a partisan war of words over allegations that lawmakers are politicizing the response to the coronavirus.

“The depths to which Democrats are sinking to politicize coronavirus is disgusting," Republican National Committee Rapid Response Director Steve Guest said in a statement to Fox News on Tuesday. "Democrat leaders, both nationally and in Colorado, need to condemn this deranged comment.”

Later, CdeBaca's office called it a "sarcastic tweet," in a statement to a Denver ABC affiliate.

The back and forth comes as the federal government grapples with the outbreak. Trump, over the weekend, authorized new travel restrictions and warnings in response to the coronavirus outbreak. The administration’s strict travel warning affects Iran, Italy and South Korea at this point.

TRUMP CALLS ON US PHARMA COMPANIES TO 'ACCELERATE' CORONAVIRUS VACCINE

The virus has sickened 89,000 people across 66 countries, resulting in at least 3,061 deaths, including six in the U.S. Most of the deaths have occurred in mainland China.

Trump, on Monday, was asked whether it was “safe” for him to continue to hold his campaign-style rallies as the country battles the virus.

“You should ask the Democrats,” Trump said. “They’re all having rallies. They’re campaigning.”