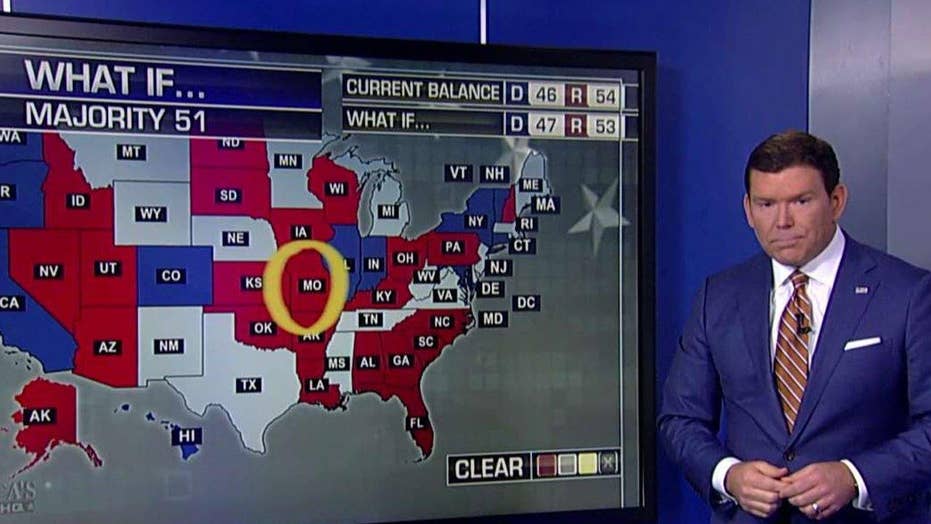 The balance of power in the House and Senate

Democrats still face long odds in taking full control of Congress next month, despite buoyed optimism from Donald Trump’s embattled presidential campaign and the rift it has created within his Republican Party.

While Democrats for years have targeted 2016 as the ideal time to retake control of the Senate, they had been far less optimistic about winning enough House races this year to erase Republicans’ historic majority and retake the chamber -- at least until Friday, when Trump was heard on a 2005 audiotape making vulgar comments about women.

Beyond concerns about Trump’s comments hurting Republicans’ chances of winning the White House, the GOP is now worried about the impact on congressional Republicans, some of whom are sticking with Trump and some of whom are abandoning him as they face tight races at home.

“House Republicans, damned if they do, damned if they don’t,” the Democratic Congressional Campaign Committee boasted in an email blast, claiming Republicans “have no way to separate from” Trump. The DCCC, whose primary job is to elect and reelect House Democrats, was touting a post-audiotape, “generic” survey that shows a Democrat holding at least a 7-percentage-point lead over a Republican in congressional races.

Most models the Democrats use mean the party would be on pace to win 18-19 seats – a big gain in their own expectations since just last month.

However, that’s still short of the 30 seats Democrats would need to take control of the House.

The party has a much stronger chance of seizing control of the upper chamber.

In the Senate, Democrats need to pick up five seats held by Republicans to seize control – and many of those races are tight. Further, that 7-point edge in the “generic” ballot typically translates to five Senate seats, precisely the number needed to take full control without having to rely on a Democratic vice president to break Senate ties.

“We have seen a total collapse of the generic ballot,” a senior Republican source told Fox News. “The Senate’s going to be tough to hold. It’s gotten a lot worse.”

The “generic” poll, though, included no findings on individual races.

“We’re still in a wait-and-see period after the tape and second debate,” Nathan Gonzales, who handicaps congressional races for the nonpartisan Rothenberg & Gonzales Political Report, said Wednesday. “Until we see the numbers in competitive districts, I’m hesitant to make a profound declaration.”

Gonzales, like others, marvels at how several Senate GOP incumbents have weathered earlier Trump campaign stumbles.

“But if anything can swing a race, a presidential nominee being accused of sexual assault might be it,” he also said.

Aside from the audio tape, Trump was accused in several news reports Wednesday night of groping women years ago, though the campaign vehemently denies the allegations.

Though congressional race handicappers are waiting on new polls before making any more predictions, Senate Republicans were fretting Wednesday over the shifts in voter sentiment.

The first-term senator was among five or six GOP Senate incumbents targeted by Democrats this election cycle. His situation got worse amid the party divide in Ohio created in large part by failed 2016 GOP presidential candidate and Gov. John Kasich withholding his support for Trump.

Still, Portman before the release of the audiotape had built a double-digit lead, with most handicappers expecting him to win.

“But if Rob Portman’s back in trouble, Republicans have more Trump problems on the horizon,” Gonzales said.

Among the biggest concerns is that new polling will show several of the targeted GOP incumbents who have out-performed Trump in their home state getting dragged backward by the audiotape fallout.

Pennsylvania GOP Sen. Pat Toomey, for example, is deadlocked in his reelection bid, while Democratic presidential nominee Hillary Clinton leads Trump in the state by nearly 9 percentage points, according to the RealClearPolitics polling average.

The freshman senator has never endorsed Trump and declined to say after the audiotape release whether he will vote for the party nominee.

Meanwhile, the fight for the Senate could unexpectedly come down to GOP Sen. Roy Blunt’s bid to win a second term in Missouri. 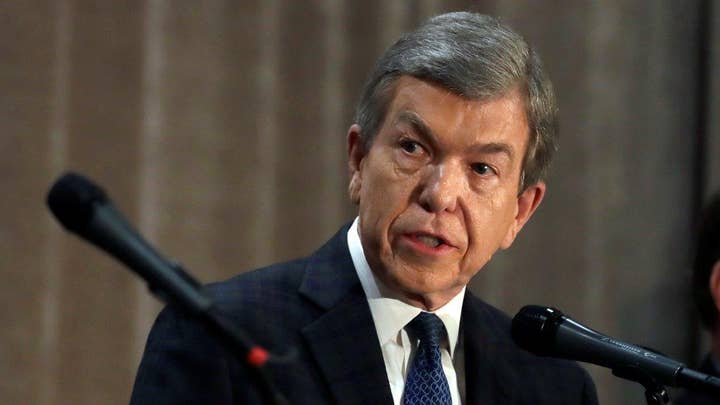 Blunt was essentially a second-tier target, but his roughly 20 years in Congress, including 14 in the House and the past six as part of Senate Republican leadership, has made him vulnerable in yet another anti-Washington year.

“Senator Blunt wakes up every day thinking about what he can do for special interests,” Democratic challenger and Missouri Secretary of State Jason Kander recently told Fox News.

Blunt, who still backs Trump, said: “My opponent is a guy who has run for three offices in the past seven years. He’s clearly more focused on getting a job than keeping one.”

Fox News race ratings issued before the audiotape controversy also reflected a tight race for the Senate. The 2016 Scorecard showed 48 seats in solid or lean Democrat territory and 47 for Republicans (including seats not on the ballot this year). Five were rated toss-ups.