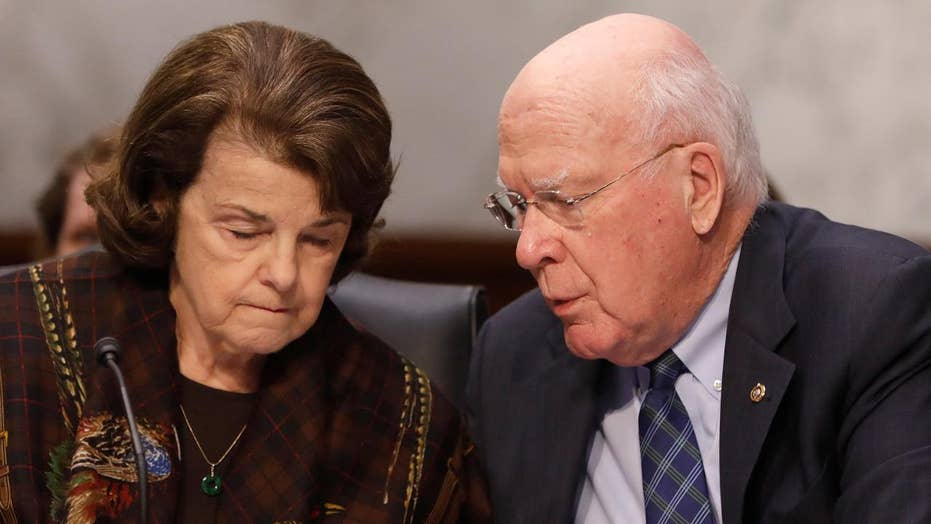 Democrats appear to have votes to support Gorsuch filibuster

Senate Democrats have enough votes to filibuster the nomination of Judge Neil Gorsuch for the Supreme Court, increasing the odds that majority Republicans will deploy the so-called “nuclear option” to get him confirmed.

Several senators announced their opposition to Gorsuch on Monday ahead of a Senate Judiciary Committee vote. The new Gorsuch foes bring the number of Democrats willing to block his nomination to over 40 – the number needed to prevent the Senate from ending debate and advancing to a final vote.

Among the latest to come out against Gorsuch were Sen. Dianne Feinstein, D-Calif., top Democrat on the Judiciary Committee, as well as Sens. Chris Coons, of Delaware, Patrick Leahy, of Vermont, and Mark Warner, of Virginia.

“Despite his impressive academic credentials, Judge Gorsuch’s record and evasive responses – even refusing to answer questions regarding his views of cases like Roe v. Wade and Citizens United – do not give me confidence that he possesses a judicial philosophy that will serve the American public well,” Warner said in a statement.

Republican leaders, however, have a way out – they can trigger what’s known as the nuclear option, by changing Senate precedent to advance to a final vote with the support of just 51 senators, as opposed to 60.

Doing so is considered a major change in the way the Senate operates, and lawmakers on both sides of the aisle could take issue with the move.

But Senate Majority Leader Mitch McConnell, R-Ky., has vowed to confirm Gorsuch one way or the other.

Even as Democrats like Warner voiced support for a filibuster and opposition to the nuclear option, another Democrat on Monday said he would not join his colleagues in the filibuster.

Colorado Sen. Michael Bennet said in a statement that, “Using the filibuster and nuclear option at this moment takes us in the wrong direction. … I will oppose efforts to filibuster the nomination, and strongly encourage my colleagues not to use the nuclear option.”

But with over 40 senators willing to oppose Gorsuch and presumably filibuster, a nuclear option showdown is increasingly likely.