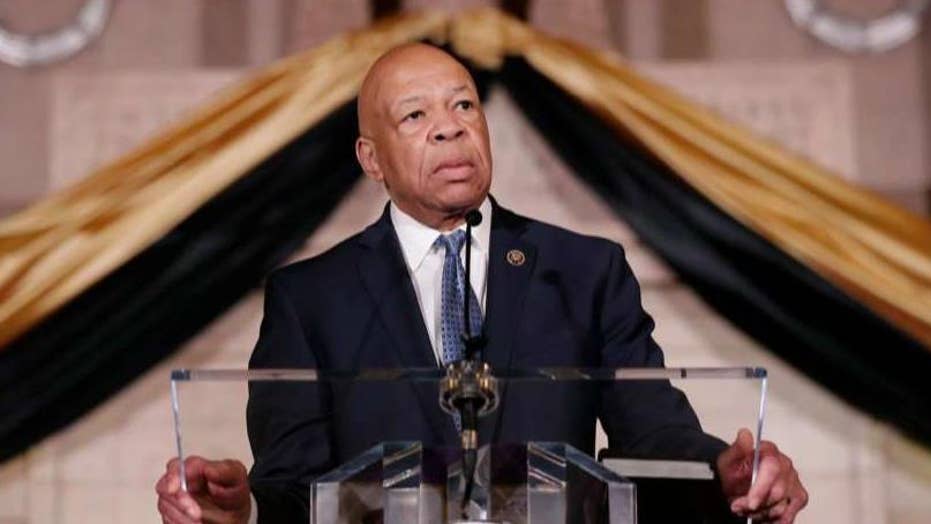 'The Five' co-host Juan Williams weighs in on comments from Rep. Elijah Cummings saying the DHS doesn't want reports on the conditions of border detention facilities.

House Oversight Committee Chairman Elijah Cummings on Thursday fired back after the Department of Homeland Security barred Democratic staff from visiting Customs and Border Protection (CBP) facilities, alleging they were “disruptive” during their last trip.

Cummings, D-Md., penned a letter to Homeland Security Secretary Kevin McAleenan, blasting the agency for its decision to “block” Democratic staff from visiting, claiming the decision was made only after the committee’s staff inspections revealed potential issues at the centers.

“I am writing to express my deep concern that the Department of Homeland Security decided to block Committee staff from conducting visits to 11 detention facilities just days after previous staff inspections revealed potentially serious ongoing problems with the treatment of children and adults in DHS custody — including blocking visits to sites where the Inspector General warned about an ‘immediate risk to the health and safety of DHS agents and officers, and to those detained,’” Cummings wrote Thursday.

Cummings called the “last-minute denial of access” unacceptable and said it impairs the committee’s “ability to conduct its oversight responsibility in an effective manner.” Cummings went on to request that DHS provide “meaningful access” to all CBP and Immigrations and Customs Enforcement (ICE) facilities for his staff.

Agency officials and Republicans, though, gave a very different account of the visits last week. They cited staff behavior that “interfered” with law enforcement operations, including refusing to leave one site after their scheduled window, skipping some tours and being “rude” to officers.

Cummings rejected some of these allegations in his latest letter. “Committee staff were not ‘rude’ and never once refused to abide by instructions from agency officials,” Cummings wrote. “Committee staff comported themselves professionally at all times while defending the authority of Congress to conduct an independent investigation of these well-documented abuses.”

Cummings also said that staff was “respectful of all facility staff” and complied with "all directives."

Committee staff, both Democrats and Republicans, visited border facilities last week. After the visits, a senior DHS official told Fox News that due to the “operational burden placed on the field by their refusal to comply with instruction,” CBP could not support scheduled visits from the committee planned for this week.

DHS Assistant Secretary of Legislative Affairs Christine Ciccone even wrote to Cummings citing several concerns. “During discussions between Department and Committee staff, however, the Committee staff repeatedly stated that they do not intend to abide by DHS guidelines,” Ciccone wrote in the letter obtained by Fox News. “In light of this, we are unable to accommodate your staff’s visit … unless we receive a firm commitment that the Committee and its staff will comply fully with all existing guidelines and policies.”

A Democratic source had suggested Wednesday the visit was being nixed due to concerns about what staff were learning from detainees regarding the conditions on the ground. In his letter, Cummings gave examples of some of their “significant concerns” about the treatment of detainees.

“[D]etainees at Border Patrol facilities expressed concern that toddlers—and in one case even an infant—were being fed burritos rather than age-appropriate food, young children were held in cold rooms without appropriate clothing, and parents were not given a sufficient number of diapers for their children,” Cummings detailed. “One detainee alleged that a Border Patrol agent told a child who had spilled soup that the child would not receive more food unless the child drank the spilled soup off the floor.”

He added that detainees also told committee staff that “they were pressured into signing documents in English without translation and denied access to telephones.” 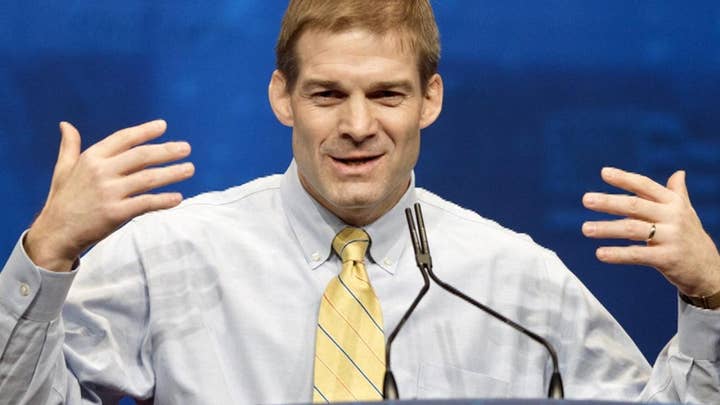 But committee ranking member Jim Jordan, R-Ohio, in a letter to Cummings on Wednesday, said that Democratic staff coordinated and “took direction from liberal special interests” prior to conducting interviews with those detainees. Jordan cited a meeting with representatives of the Southern Poverty Law Center (SPLC), a liberal organization currently suing the Trump administration over detention facilities at the border. Jordan claimed that the SPLC gave directions to Democratic staff about what to look for an ask about during their tours, as well as suggested questions for staff to pose to detainees and DHS officials during their visit.

“One aspect missing from your staff travel to date has been any interest in the well-being of, or resources provided to, the brave men and women who serve to secure our border," Jordan added. "Several Border Patrol agents told us the nasty rhetoric from Democrats in Congress—one Member of this committee even likened them to Nazis — hurts morale and makes some agents reluctant to tell people what they do for a living."

Rep. Jordan was referring to was Rep. Alexandria Ocasio-Cortez, D-N.Y., who has referred to border facilities as "concentration camps on the Southern Border."