Democrats may get rid of filibuster if they flip Senate

One of my dogs suffers from FOMO: “Fear Of Missing Out.” If she’s inside, she wants to be outside, romping in the backyard. You never know when a squirrel will curvet from the fence to the shed and then acrobatically vault to a nearby tree branch.

This holds my pet in rapt attention. If you’re a dog, you don’t want to miss it.

And of course, if she’s outside on squirrel patrol and I close the back door, she wants to be inside. You never know when treats may magically appear on the couch. Or, perhaps the mailman will arrive.

Opposite is always best.

Such is the role of the Senate majority when it comes to the filibuster – be it Democrats or Republicans. The filibuster exasperates both sides when they are in the majority. And, naturally, if you are the majority party, you want to ram legislation through the Senate without the nettlesome encumbrances of a pesky minority.

Naturally, the Senate’s minority party, Democrats or Republicans, fully embrace the filibuster. After all, this is your opportunity to thwart the majority. And, it can take as few as 41 senators, or, in some instances, just a lone senator, to stymie the other side.

Democrats and Republicans would obviously prefer to be in the majority. But with the filibuster, it’s never quite good enough. It’s kind of like my dog. Inside? Or outside? The viewpoint shifts based on whether the filibuster is advantageous or not.

Republicans are fighting to maintain control of the Senate this fall. It’s going to be close.

And, Democrats are making clear that if they capture the Senate, and, if Joe Biden wins the White House, they may well try to obliterate the filibuster.

Democrats held the House, Senate and White House in early 2009 after President Obama’s landslide victory. In the beginning, Democrats even held a supermajority in the Senate. Enough votes to overcome a GOP filibuster to approve a stimulus plan. But after Democrats lost a seat in a special election, Democrats had to deploy a lot of parliamentary creativity to maneuver around a Republican filibuster to pass Obamacare. 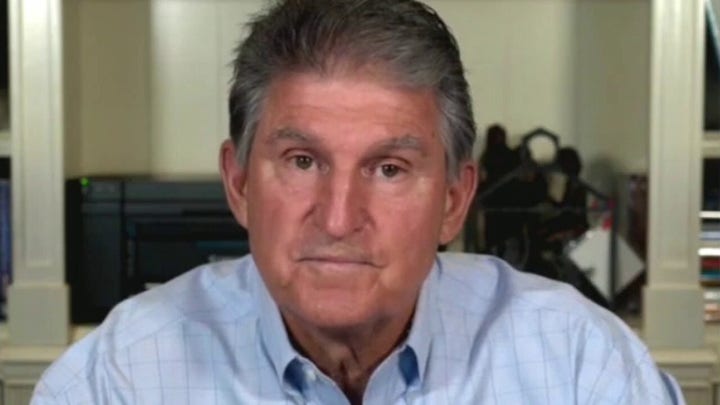 “The American people should know what it means if the Senate shifts control,” McConnell said. “DC statehood. Puerto Rican statehood. And, packing the courts.”

Throw in campaign finance reform, "Medicare-for-All" and the Green New Deal. Firearms could be on the list, too.

“If Democrats have a majority in the Senate, they will pass their entire wish list,” predicted Brookings Institution Political Scientist Darrell West.

Senate Minority Leader Chuck Schumer, D-N.Y., was cagey when pressed about Democratic plans for the filibuster should his party secure a net gain of four seats and flip Senate control.

“Nothing’s on the table. Nothing’s off the table,” Schumer said. “We’ll have to wait until we get the majority before we can decide what to do and under what conditions and how many votes we have.”

For a moment, let’s examine the hallmark of the Senate. Unlike the House of Representatives, the Senate is a body of equals. Each senator ostensibly carries equal weight. As such a big body with 435 members, the House is parsimonious when forking out debate time. 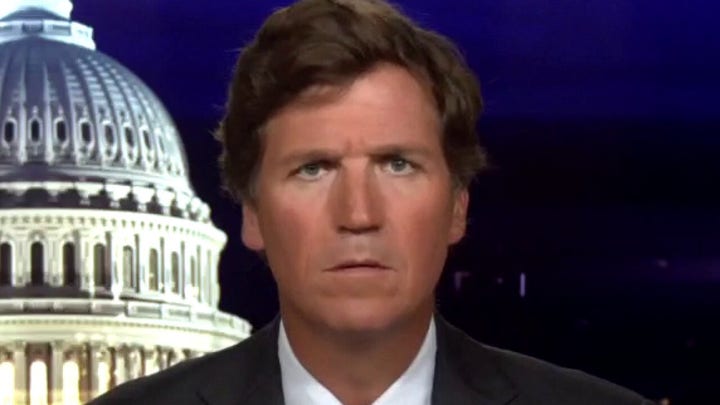 “The fundamental difference between the two houses is that House members are limited as to how long they can debate. In the Senate, debate is unlimited. Each individual senator has an enormous amount of leverage,” said former Senate Parliamentarian Alan Frumin.

That said, it’s rare for senators to hold forth with long-winded speeches to actually stall legislation. Most filibusters are simply threats. A senator or group of senators makes it clear to Senate leaders that they will use their prerogatives on the floor to derail a given bill.

That is the Senate’s quintessence.

But, the Senate has long had a method to sidetrack filibusters. It’s called “invoking cloture.” If the Senate rounds up 60 votes, it can “invoke cloture” and neutralize a filibuster.

WATCH: MCCONNELL SAYS DEMOCRATS ARE 'THREATENING' INSTITUTIONS, DECLARING 'WAR ON THE RULEBOOK ITSELF'

This addresses what McConnell and others predict Democrats will do if they win the Senate. Democrats could lower the bar to nullify a filibuster from 60 to a simple majority of 51.

Senators of both parties have talked about curbing filibusters for years.

“Each party loves the filibuster when they are out of power,” West said. “But once you end up with a simple majority rule, the political minority becomes irrelevant.”

It was none other than Harry Reid who cracked the door open to alter filibuster procedures in November 2013 with what was “Nuclear Option #1.”

Reid dropped the threshold from 60 votes to end a filibuster to a simple majority for all executive branch nominees. This was not a rules change. The Senate conducts much of its business via precedent. In fact, the Senate book of precedent is voluminous compared to the Standing Rules of the Senate. Via an inventive parliamentary gambit, Reid established a new precedent for breaking filibusters on executive branch nominations.

Fifty-one yeas were now the benchmark to end a filibuster under those circumstances. Not 60. 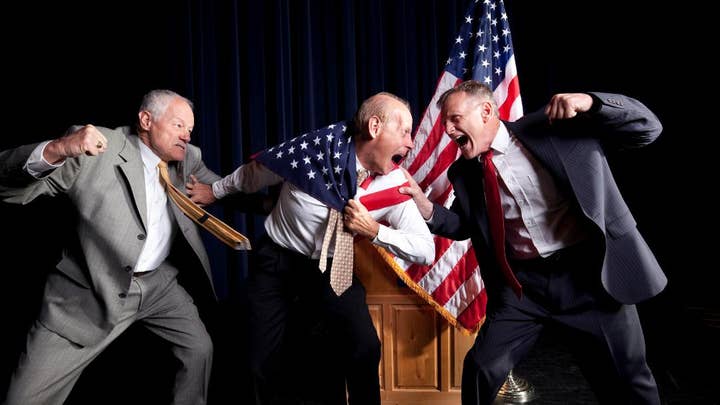 In 2017, McConnell capitalized on Reid’s 2013 maneuver. The Kentucky Republican mimicked what Reid did, lowering the bar to a bare majority to overcome filibusters of Supreme Court nominees.

That meant legislation was the only thing senators could still filibuster. Garden variety bills would still entail a supermajority to crack a filibuster.

Both McConnell and Schumer long said that preserving the legislative filibuster was hallowed ground and that senators didn’t support upending that tradition. But that turf is now shifting.

“Why should a democracy require a 60 percent vote to get something done?” Reid asked. “It’s going to be good for the body politic to get rid of it.”

But Frumin isn’t so sure.

“This republic has benefited greatly from having an institution where, the minority, those who are our power, are not in fact, powerless,” Frumin said. “If you remove the filibuster completely, you are rendering millions and millions of people, in a sense, powerless.”

Senators from both sides backed up Frumin, calling on the Senate to preserve the filibuster.

“We are using our own rules to do damage to the institution of the Senate. So let’s not take the last tool that holds us in check and throw it away as well,” Sen. Lisa Murkowski, R-AK., said. “We’ll regret it.”

“(Byrd) wrote a lot of the rules of how we should conduct ourselves,” Manchin said when asked about upholding Byrd’s mantle. But Manchin believed that chatter about upending the filibuster would “calm down.” 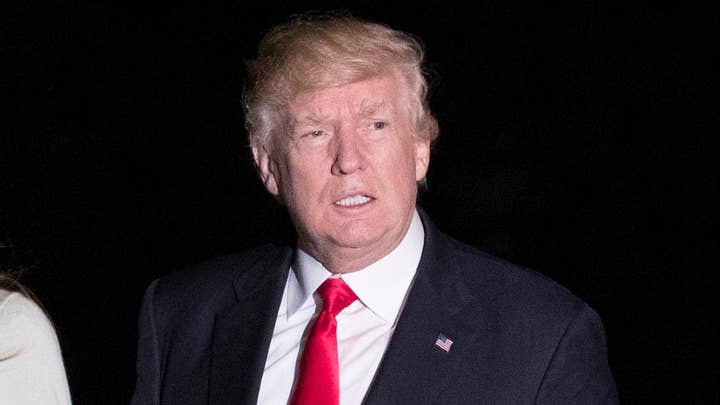 Even though Democrats worked quietly behind the scenes on the filibuster question, it’s Republicans who infused the issue into the political bloodstream. GOPers want it to be a campaign issue. I pressed McConnell as to whether predictions about the filibuster’s future reflected Republican anxiety about holding the Senate this fall.

“It’s not a lack of confidence,” replied McConnell.

This is all kind of like my dog. She wants to be outside when she’s in and inside when she’s out. Each party’s views of the filibuster mutates, depending on if they’re in the majority or minority.

The solution for my dog? A doggie door.

But it’s unclear if such a similar parliamentary contraption could work in the Senate for switching the filibuster on and off.