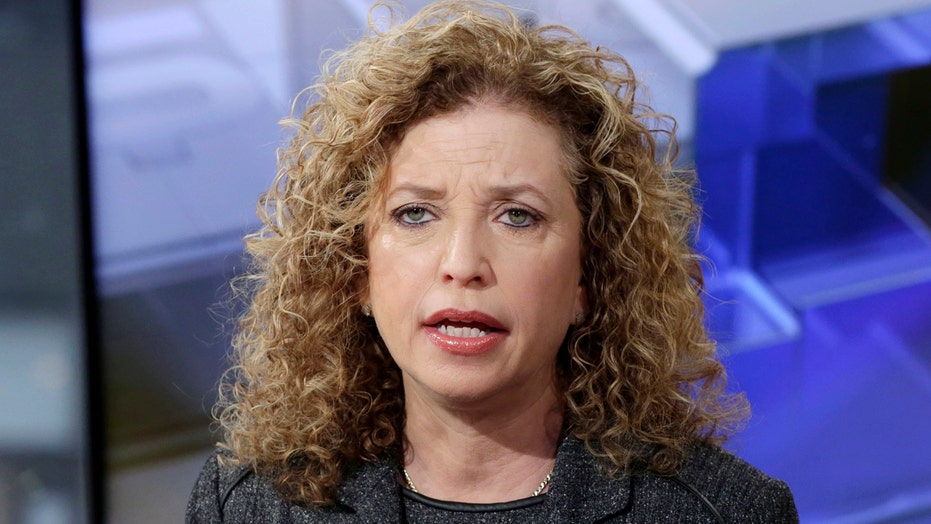 Democrats on Capitol Hill have discussed the possiblity of removing Democratic National Committee chairwoman Debbie Wasserman Schultz from her position prior to the party's national convention this summer in Philadelphia.

According to The Hill, some Democrats believe that Wasserman Schultz's ongoing battles with Vermont Sen. Bernie Sanders have made her too divisive a figure to unite the party ahead of this fall's election campaign.

"There have been a lot of meetings over the past 48 hours about what color plate do we deliver Debbie Wasserman Schultz’s head on," one Democratic senator who supports frontrunner Hillary Clinton told The Hill.

"I don’t see how she can continue to the election," the lawmaker added. "How can she open the convention? Sanders supporters would go nuts."

"There’s a strong sentiment that the current situation is untenable and can only be fixed by her leaving," a senior Senate Democratic aide said. "There’s too much water under the bridge for her to be a neutral arbiter."

However, The Hill reported that other senior Democratic senators went on the record to express their support for Wasserman Schultz, with Florida Sen. Bill Nelson flatly say a change at the top is "not going to happen."

On Monday, the DNC announced a deal that limited Wasserman Schultz's role in drafting the party's platform at the convention. Under the agreement, the Clinton campaign got to appoint six members of the 15-member drafting committee, the Sanders campaign picked five, while Wasserman Schultz picked four.

Sanders has repeatedly criticized Wasserman Schultz and the DNC, claiming both are favoring Clinton. He has criticized the party for scheduling debates on weekend nights, for having many closed primaries and for its super delegate system that has helped Clinton pad her lead.

Last week, Wasserman Schultz criticized Sanders' response to actions by his supporters during Nevada's state Democratic convention, calling them anything but acceptable."

In response, Sanders endorsed Wasserman Schultz's primary challenger in Florida's 23rd congressional district and told CNN that if he's elected president, "she would not be reappointed to be chair of the DNC."