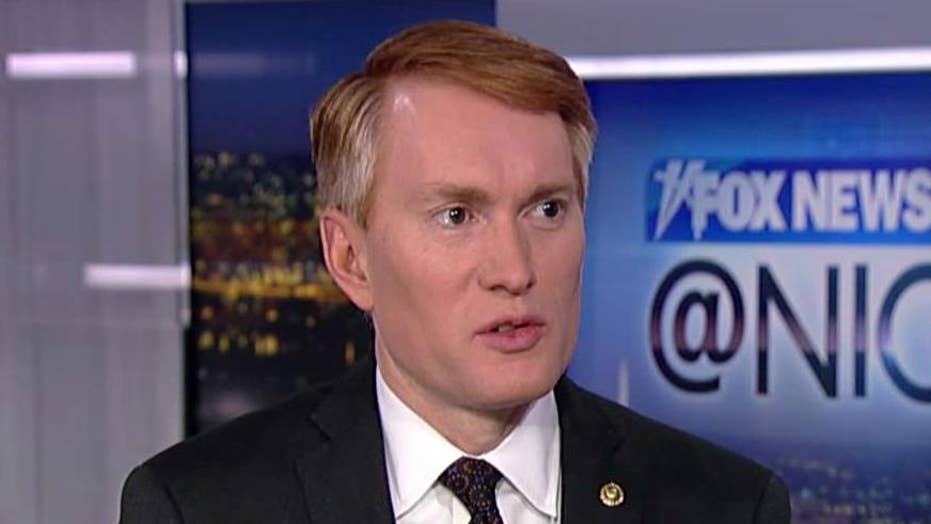 The Democratic Party appears willing to assign blame for this weekend’s looming government shutdown over failure to agree on the fate of Dreamers, but members might be called out for hypocrisy after fiery comments made about Republicans during 2013’s shutdown.

In 2013, Democrats called Republicans who refused to get on board with the Obama administration's agenda “anarchists," and “arsonists” with “a bomb strapped to their chest."

Sen. Chuck Schumer, D-N.Y., said at the time that he has “never seen such an extreme group of people adopt such an insane policy.”

“Does Speaker (John) Boehner need to engage in something like the ancient practice of sacrifice, this time to the right-wing gods? Do we have to sacrifice the economy and help for millions of middle class people?” he said during a TV appearance.

“Would you, if you didn't like the redesign of your kitchen, would you burn the whole house down or would you try to make modifications to the kitchen? These people have come unhinged,” the former Democratic National Committee said on CNN. 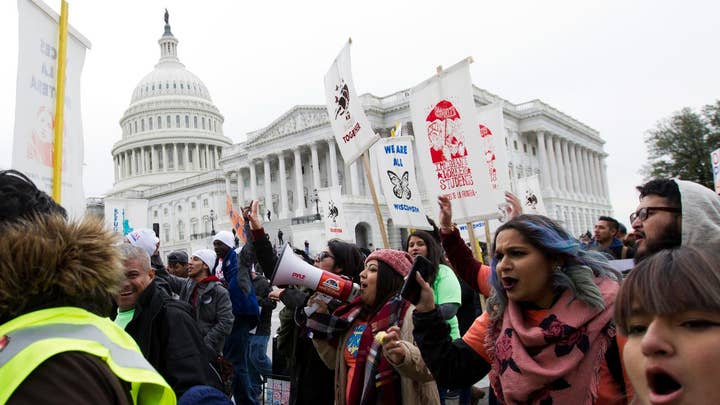 This week, however, the top Democrats were depicting themselves as bystanders in a tough situation. Schumer, the Senate minority leader, was among the first to fault Republicans for the deadlock.

“The leader is looking to deflect blame, but it just won’t work," he said. "We all know what the problem is: It’s complete disarray on the Republican side.”

Pelosi, the House minority leader, warned that the voters will blame Republicans because they control Congress and the White House.

Even after a few concessions to the Democrats, Pelosi compared the GOP's stop-gap bill to fund the government to “having a bowl of doggy-doo and adding a cherry on top and calling it a chocolate sundae.”

Sen. Kirsten Gillibrand, D-N.Y., tweeted Wednesday that she will oppose any spending bill that does not address the Dreamers issue.

“Protecting Dreamers is a moral imperative. I will not vote for a spending bill that doesn’t treat Dreamers fairly,” the possible 2020 hopeful said.

Gillibrand, in 2013, compared Republicans to her 5-year-old son.

“This is much more like what I deal with Henry in the morning when he says he wants to say, ‘I want candy for breakfast.’ It’s really a tantrum; it’s a tea party tantrum. ‘You either give me my way, or we’re going to shut down government.’”

Sen. Cory Booker, D-N.J., another potential 2020 hopeful, said he will not be voting for a spending bill that does not fix DACA.

In 2013, Booker called his Senate-seat challenger a “tea-party extremist” when it comes to government shutdowns, and said the Senate needs people that will “not play this shutdown politics that plays with the full faith and credit of the United States of America.” 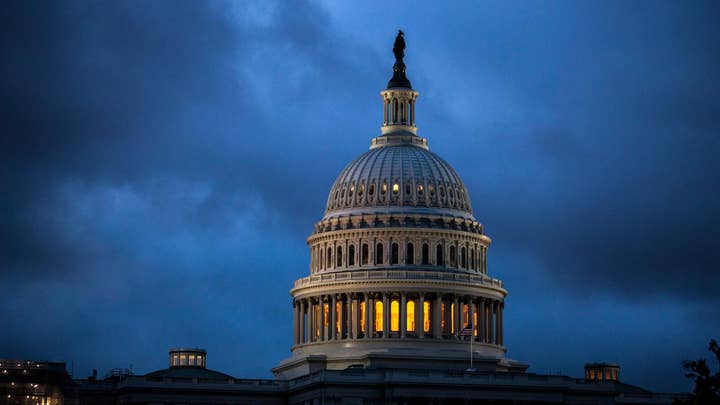 Former members of the Obama administration may also find it hard to reconcile their past statements.

Jon Favreau, former Obama administration speechwriter wrote a 2013 Daily Beast article that read, “Obama will not — he cannot — negotiate with a roving band of anarchists who say, 'Build our oil pipeline or the troops don’t get paid.'"

Dan Pfeiffer, a top adviser to President Barack Obama, said “Republicans have a “bomb strapped to their chest,” during the negotiations.

After the 17-day-long government shutdown in 2013 was over, Obama advised Republicans to win the elections and argue for their positions rather than breaking the process of the how the government makes policy.

“You don't like a particular policy or a particular president? Then argue for your position. Go out there and win an election. Push to change it. But don't break it. Don't break what our predecessors spent over two centuries building. That's not being faithful to what this country's about,” Obama said.

Fast forward to 2018, the Republican Party now controls all three branches of government – with a slim majority of 51-49 in the Senate, but a government shutdown remains a real possibility.