House Democrats – with the backing of newly installed Speaker Nancy Pelosi – plan to hold hearings this year on Medicare-for-all legislation, an idea that has quickly picked up support within the party.

The Washington Post reported Thursday that hearings on the single-payer health care proposal are expected in the House rules and budget committees. A Pelosi aide told Fox News the speaker “supports the plans of the committees to do so.”

Democratic leadership has been cautious about adopting such proposals. During the campaign season, Pelosi did not explicitly back Medicare-for-all legislation like other Democrats, though she said it should be “evaluated” if Democrats took back the House. Pelosi was sworn in as speaker Thursday.

Her support for the hearings comes as the Democratic Party is increasingly embracing big-government policies like Medicare-for-all. A New York Times analysis found that one-third of Senate Democrats and more than half of House Democrats have endorsed Medicare-for-all proposals -- including a number of potential 2020 presidential candidates.

Hopefuls including Sens. Bernie Sanders of Vermont, Kamala Harris of California and Elizabeth Warren of Massachusetts have endorsed a Medicare-for-all program.

A House newcomer, Alexandria Ocasio-Cortez, is also known for her promotion of Medicare-for-all. 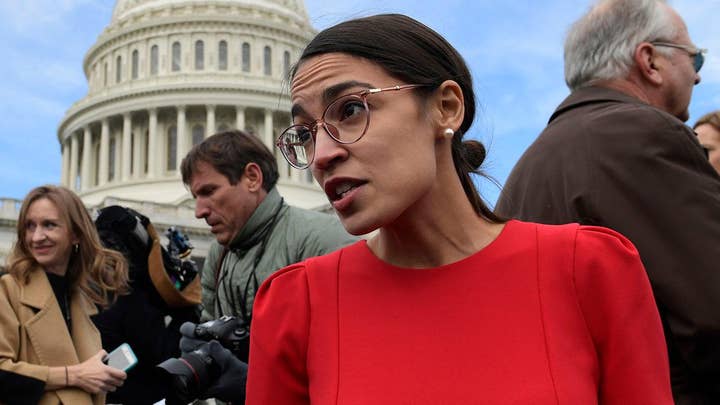 Such proposals would lead to more government involvement in health care, and bring the U.S. a step closer to mostly socialized systems such as the British National Health Service. The popularity is driven by frustration with the current private insurance system, which remains costly on the individual market despite ObamaCare’s goals.

But Medicare-for-all is estimated to cost tens of trillions of dollars over a decade.

The Medicare-for-all plan pushed by Sanders and endorsed by a host of Democratic congressional and presidential hopefuls would increase government health care spending by $32.6 trillion over 10 years, according to a study released over the summer.

Sanders’ plan builds on Medicare, the insurance program for seniors. The proposal would require all U.S. residents be covered with no copays and deductibles for medical services. The insurance industry would be regulated to play a minor role in the system.